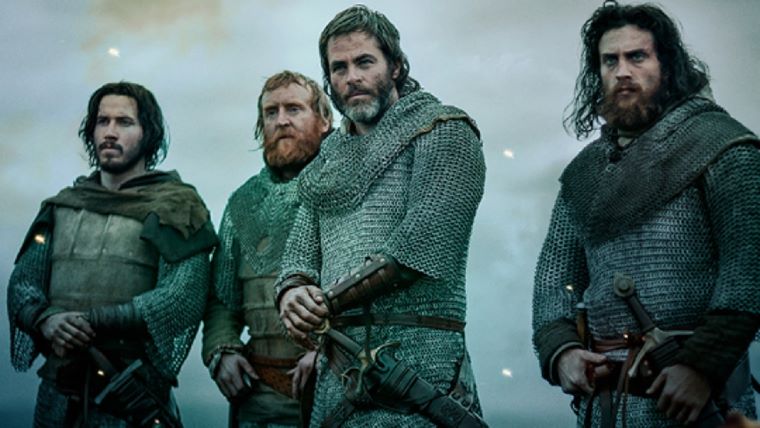 Some immortal cinematic tales have emerged from Scotland. These include grand epics against the sweeping Scottish highlands to tales of urban angst in modern day Edinburgh.

Braveheart
It is the tale of William Wallace (played with gusto by Mel Gibson) a Scottish rebel who leads an epic battle against the cruel English king Edward Longshanks. When Williams was a small child, his father and brothers along with many others, lost their lives defending the freedom of Scotland. Once William loses more loved ones to the same cause, he takes up the battle cry himself and organizes a great rebellion with help from Robert the Bruce.

Rob Roy
It is 1700 and the place is Scotland. Rob Roy, who lives in the highlands, tries to improve the fortunes of his small town. He borrows money from the local nobility to purchase cattle to herd to the market. But in a tragic twist, the money gets stolen and Rob is forced to live his life like a Robin Hood in order to preserve his family and pride.

Mrs. Brown
This is the story of Queen Victoria and her relationship with one of her loyal servants, a Scotsman named John Brown. The story is set in Balmoral, the favorite retreat of the Queen in Scotland. He was a close friend of the queen and enjoyed liberties with her more than what was expected of a man of his station. This led to some calling the widowed queen as Mrs. Brown with talk of a secret marriage doing the rounds. It is believed that Queen Victoria was exceedingly happy in Scotland and enjoyed the company of John Brown who was trusted by her deceased husband, Prince Albert. But in that period of sharply divided classes, the relationship of the Queen with her servant was a huge scandal, made use of by the media and her political opponents.

The Winter Guest
A tale of changing relationships with the seasons. A widow, Frances is trying to erase memories of her past when her mother Elspeth turns up. The two start a process of reconciliation against a bitter cold Scottish winter landscape.  Mean while there are a few parallel stories: Frances’ teenage son is being chased by a girl next door, two elderly ladies spend their time attending funerals and a pair of schoolboys bunk class. Each pair in this story represents a particular stage in life and has to face the process of transition. In another imagery, the winter seems unending with the frozen sea but it will thaw and lead to spring. 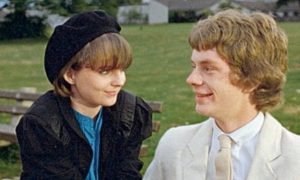 Gregory’s Girl
In his Scottish New Town Gregory and his fellow teenage boys are starting to discover girls. The story is a comedy about a girl (Dee Hepburn) who makes it to the school football team, a male bastion and causes male angst and resentment. But she stirs romantic longings in the gangly Gregory (John Gordon Sinclair) who summons courage to ask her out. But it is the females who determine things including Gregory’s younger sister. The rest is comedy.

The Spy In Black
A German U-Boat commander , Captain  Hardt (Conrad Veidt) is sent on a spying mission to Orkney Island in Northern Scotland during World War 1. The year is 1917 when submarine activity was very intense. Captain Hardt has to contact a local German agent in Scotland. Valeries Hobson acts as a school mistress on the island and the captain mistakes her for his agent. She informs of his mission to sink British boats the order for which will come from a lieutenant Ashington, a German agent. But it transpires that Valerie is the wife of this officer Ashington and they are working together. Hardt smuggles himself on board a ferry transporting prisoners of war, pretending to be a parson. Later on, he inspires the prisoners to organize a mutiny but is attacked by one of his own submarines.

Trainspotting
Directed by Danny Boyle, the movie is a dark look at Edinburgh low-life. It is the story of Mark Renton and his struggle to give up his heroin habit. A group of estranged Scottish youth turns to heroin to escape the banalities of modern life. Then they face the consequences of their action and find that there are no simple solutions to the pain and loneliness of human existence.

Sweet Sixteen
Liam is a young, restless teen trying to break free from his troubles and pursue his dreams. He wants to rescue his mother who is serving a prison sentence for a crime committed by her boy friend, a slimy character who works along with an equally disgusting person, Liam’s grandfather. Liam and his friends hatch a few schemes and he finds himself drawn deeply into the vortex of his schemes from which he finally struggles to break away.

Aberdeen
Kaisa is a Scot and a successful London lawyer. She lives a bohemian life style. One day her mother calls from Aberdeen with a request to fly to Norway and to collect her alcoholic dad from whom she has been estranged since years. Kaisa agrees, though reluctantly. But the real story is that Kaisa’s mother is dying and wants to reunite father and daughter. The father-daughter duo has an adventurous trip back to Aberdeen (including help from a sweet truck owner, Clive) but the question is – do they reach in time to the dying mother.

Hallam Foe
The seventeen year old Hallam Foe is a quirky teenager mourning the death of his mother who committed suicide in a lake near their home in Edinburgh. He blames his step mother Verity Foe for her death. After a show down with his father, Hallam slips out of his home to travel to Edinburgh. There he meets Kate Breck with whom he is infatuated because of her resemblance to his mother. Kate hires him to work in the hotel she works and they have a weird romance. Liam grows to maturity in his own time and space.