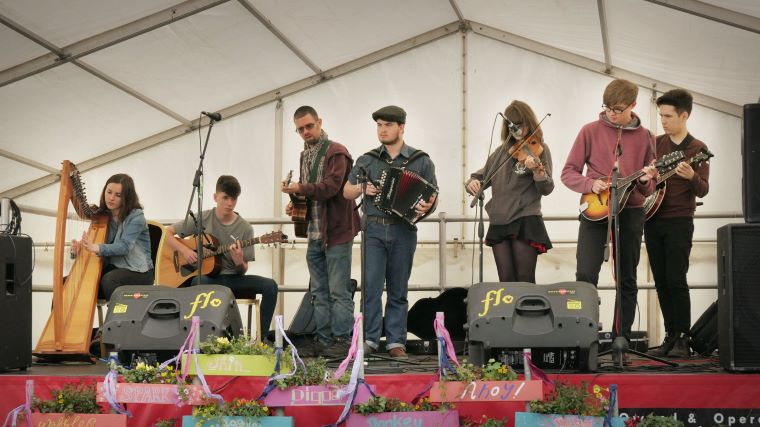 The Isle of Man’s cultural organization Bree has been promoting the country’s creative edge through music and dance since 2006.

“This album is a collection of upbeat re-workings of traditional music with various other genres blended in occasionally,” explains Paul Rogers, Scran’s seasoned mentor. “Songs include everything that the group has been playing in concerts, plus a few pieces specifically created for the studio. About six tracks were recorded as a live band performance and the others were multi-track studio recordings. This enabled some members to play more than one instrument.”

Rogers, who is of Welsh descent, says the ensemble is constantly evolving.

“Every few years the older members go off to university and new members come up from the Bree group,” he explains. “As I am a teacher, I sometimes find possible members in school bands too. The original Scran line-up had two brothers, Callum and Fraser Rowe, on guitar and bass, respectively. They were both from a rock background, so they brought that rocky element to the music. The group currently sounds a bit more traditional, as Callum is away at university.” 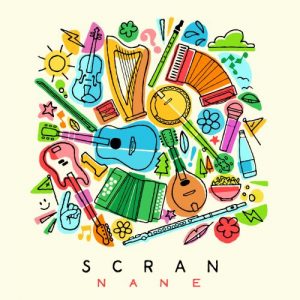 “I started playing the fiddle when I was six, but I have always sang,” explains Roberts, a Manx native. “A lot of my influences came from the Manx speaking primary school I attended (Bunscoill Ghaelgagh) in St John’s. We were always encouraged to get involved with music and dance.”

“I also started playing music at school,” adds Royle, who has lived in Isle of Man since he was two. “My primary school was really good at encouraging people to play the penny whistle in our folk group. I loved it because I got to do it with all my friends. It was almost like a game to see who could play the next tune first.”

Similarly, band-mates McNulty and Williams took to music as children. Both believe that it is music like Scran’s – and albums like Nane – that help keep Manx culture alive.

“The state of music in Isle of Man is strong, and that is all thanks to the local support from folks on the radio, and organizations like Culture Vannin,” says Williams, who is of both Irish and Manx heritage. “All that needs to be done to preserve it is to show young people that bands like Scran play Manx music and speak the Manx language. They will view culture as something ‘cool’ and want to partake in it themselves.”

“We should start teaching Manx to more children at an earlier age,” adds Liverpool-native McNulty. “We need get them interested in Manx music by listening to albums like Nane, and having them involved with groups like Scran.”

Scran is a labor of love, though it is not without its challenges.

“It is not always easy,” admits Rogers. “The main challenge is to cope with a wide range of ages, abilities and languages, as we operate in both Manx and English. I generally do everything by ear and let the members play something that fits their ability. I will suggest accompaniments or harmonies sometimes if they aren’t sure what to do. As mentioned, the group is constantly changing, so I have to adapt pieces to suit the current members.”

“You have to listen to yourself and others to fit into the sound and know your place. It can be difficult.”

With that in mind, the band-mates remain passionate about their involvement.

“I think Scran is a revolving door of great musicians that we take in from a young age and send off to do amazing things,” admires Roberts. “I am so proud to be a part of Scran and how every set we play has been adapted to our own individual styles.”

For Rogers, it is all about the future.

“Seeing the younger generations grow in confidence is brilliant,” he smiles. “Seeing them take what they have learned in Scran and form their own groups independently brings me hope for tomorrow.”