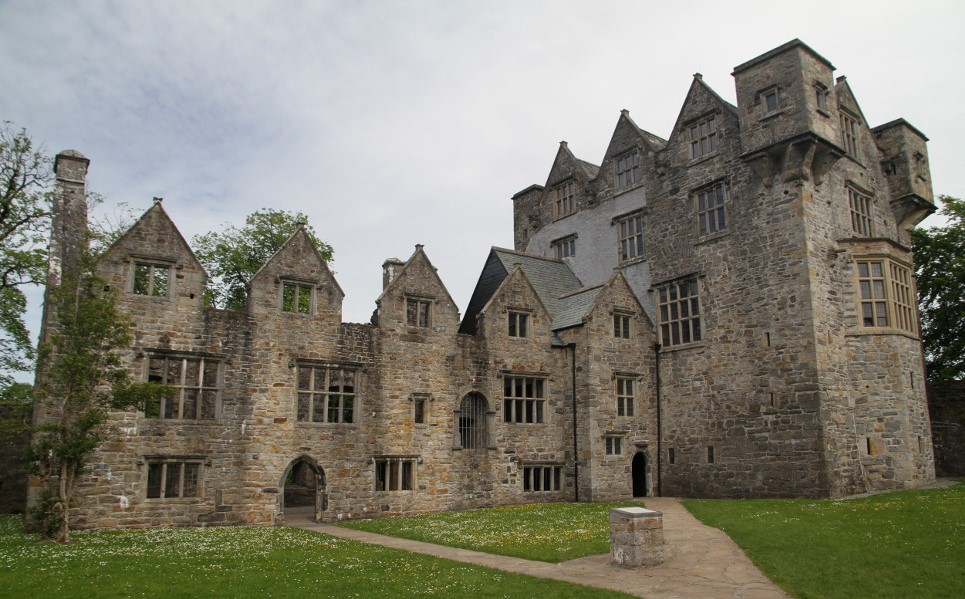 Geographically, Donegal is nestled in the upper northwest corner of Ireland, where the land, sea and sky collide in a kaleidoscope of colour and culture, language and race.

Spiritually – and perhaps as it only shares six miles of southern borderland with the Republic of Eire – the region is closer, both in heartland and heartspace, to the six neighbouring counties of Northern Ireland to its immediate east.

As such, and like its cultural counterparts across the Province of Ulster, Donegal’s past casts a long – and often dark – shadow of English influence.

Nowhere is this more prevalent than at Donegal Castle in the county’s capital. Once home to the powerful O’Donnell clan, the ominous 15th century stone structure was captured by English invaders after the Flight of the Earls in 1607 following the bloody 9 Years War.

Interestingly, the Gaelic name Dún na nGall translates to “Fort of the Foreigners.”

With a fortified beachhead in place, the new rulers brought tens of thousands of Scots and English to the region, starting in 1611, in what is known as the Plantation of Ulster.

While some still argue that the ensuing years were a form of cultural genocide – Celtic and Gaelic customs were mostly outlawed – others believe that England’s efforts to secure the location for its strategic importance were better served by social assimilation. 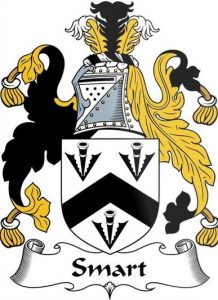 Local records suggest that the Smart clan – my possible ancestors – were among the families that settled in the area at that time. According to HouseOfNames.com, the Smarts were originally a long-standing Anglo-Saxon tribe from the Suffolk region of England.

More records note that 12 members of the Smart family were counted in the area census of 1616, burgeoning to 27 by 1630. By 1652, there were 51 Smarts in Donegal, most living in and around the town center. Some were merchants, while others plied their trades as labourers and farmers. Local documents indicate that almost all of them were involved with the building of the town’s first Protestant churches, some of which still exist today.

By 1696, there were 74 Smarts on record in the region, though that total would dip to 18 by 1731. As there is no reason given for the dwindling numbers (the region’s overall population remained steady), one could speculate that disease, war, famine and other calamities may have taken their toll, or that perhaps the family “fell-out’ with local authorities or with the church.

In any event, outmigration to greener pastures were a likely source for the Smart’s complete disappearance from Donegal by 1762. Even now, one would be hard-pressed to find anyone with that surname in the region.

The first mention of Smarts arriving in Newfoundland – the birthplace of my maternal grandfather Stan (Senior) – was the landing of an A. Smart in Placientia (on the then-country’s southeast coast) in 1724, most certainly via merchant ship. Others were to follow over the next century, and by the mid-1800s the family was firmly entrenched on “The Rock.”

As census and church records for Newfoundland at that time were nearly non-existent, it is difficult to gauge who A. Smart was, or where he (presumably he) arrived from. However, given the huge Irish presence in Newfoundland at that time (many stayed-on after being employed by departed English settlers), and the emerging influence of the Catholic Church there, one could estimate that this individual arrived from Ireland, and, more specifically, Donegal.

So where is my family’s Celtic connection in all of this?

As noted previously, an off-the-cuff remark by my mother’s brother that “the Smarts were once Magees, and that there is some sort of historical connection there…” got me thinking.

Also, as a youngster, I often heard my grandfather (Stan) refer to my grandmother (Caroline) as “Mother Magee” – a common term of affection for members of that clan, unconsciously passed down through generations of aural tradition. In fact, I still use the term with my own mom to this day, something I surely picked up from my grandfather. 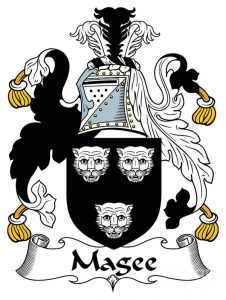 Magee is a native Irish name – derived from the Gaelic “Mag Aodha,” or “son of Hugh” -and was first found along the border of counties Donegal and Tyrone. They are thought to be descended from the Colla Uais of the 4th century.

And then there is the element of religion; my grandfather (Stan) was Catholic. As the Smarts were originally Protestant, his ancestors would have converted at some point…but why?

It is possible that, upon reaching the shores of Newfoundland, there would have been greater social and cultural acceptance and economic opportunities amongst a strong Catholic community.

Another scenario is that – as with so many Celts and Catholics under English rule at that time – the Magees opted to change their name and religious affiliation given the choice to convert or die (“taking the soup”) – thus ensuring the preservation of their lineage.

Or, perhaps – and like some families did in Donegal did in the early 1700s – it is possible that there was a point of assimilation, where two families were joined by forces beyond their control. Alas, it begs the question; would true love – in this case a passionate, albeit forbidden romance between a Protestant and a Catholic – be reason enough for both religious conversion and emigration to the New World?