Home to Donegal ~ Trí Cinn (For the Love of Leo)

The First Lady of Celtic Music, Moya Brennan, is holding court in Leo’s Tavern, the world-renowned pub and musical landmark that her father built more than 50 years ago in Meenaleck, Crolly, Co. Donegal.

Despite the array of accolades that adorn the walls celebrating the many successes of her musical family – including gold records, concert posters, and photos with celebrity friends like Bono, Bob Geldof, Chris de Burgh and countless others – Brennan is heartfelt and at home, a warm cup of tea at her side.

“Leo loved the stage,” she says of her father, who passed away in the summer of 2016 at the age of 90. “He had performed in showbands for many years, but it was a rough go for traveling musicians at that time, and with eight children to feed – and another soon on the way – he thought that maybe it was best to settle down.” 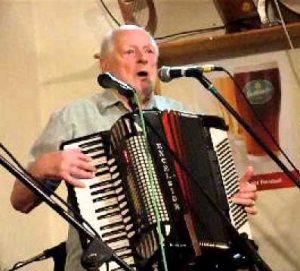 Not many gave Leo a chance when he first opened the pub’s doors in 1968, but the venue quickly became a Mecca for both musicians and music fans.

“Much of what you would have heard here then was the popular music of the day,” recalls Brennan. “After a while you might hear all sorts of styles on any given night; country, rock, blues, traditional Irish music. However, Leo would be up there, night after night, just playing for the sheer love of it. He was the thread that kept it all stitched together.”

Naturally, it would follow that Brennan and her siblings would pick up instruments and take the stage.

“It would have been around 1970,” she remembers. “He would have us open the shows for him, telling us to play a few numbers to warm up the crowd. To be honest, we weren’t very good, but we were having fun and kept at it.”

In time, the family band began performing in and around the area.

“We needed a proper name for the act. My grandfather suggested Clann as Dobhar, to reflect who we were and where we were from. That was a bit of a mouthful, so we simply shortened it to Clannad.”

Along with her brothers Ciarán and Pól, and their twin uncles Noel and Pádraig, Brennan – like her younger sister Enya – cut her musical teeth at Leo’s, helping to forge a new musical genre.

“I wouldn’t call it simply Celtic,” she shares. “Aye, the music we were making was rooted in traditional Gaelic melodies and rhythms to be sure, but we had other major influences; the Beatles, of course, and the American west-coast harmonies of The Beach Boys had a huge impact on us as well. And with the new technologies available to us – electric instruments, electronic keyboards and so forth – our sound became a fusion of styles that you might call Neo-Celtic or Nu-Celtic.”

Growing up in nearby Gweedore played no less a factor.

“The landscape there is rich and dark, the soil is pure and deep, the sky is big, and there is something about being by the sea that just opens the door to creativity. If you listen closely enough, you can hear Donegal – there is an earthy and ethereal hum of sorts. That sound just showed up in our music organically.” 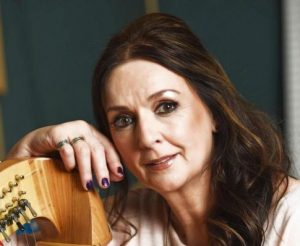 Brennan points out that her grandfather played his part as well.

“He was the town Shanachie, a fine storyteller, and sort of a modern day hedgerow teacher; many people in the area turned to him for local lore and history. He was proud to carry on our customs and traditions.

“And I believe that Leo did the same by making a space where younger musicians could gather and perform and create. He was very instrumental in preserving and promoting Celtic and Gaelic culture.”

On this night – as if the multi award-winning vocalist and harpist wasn’t busy enough with recording, touring, philanthropic work, and being a mother to two twenty-somethings – Brennan is preparing to host a showcase of amateur musicians at Leo’s.

“We have been doing this pretty regularly for the past six years or so. We take names, provide the instruments and sound production, and open up the stage to a few folks from around the area and beyond. There is no cover charge at the door, but we have a raffle to raise a few funds.

“I love it,” she continues. “It’s a grand time, and there are always a few pints to be had. More importantly, it helps to carry-on my father’s good work and legacy.”

Will we treasure all the secrets with life’s changing scenes?
Where our hearts were warm with love, so much love

Will the flowers grow again as I open out my hand?
Precious time, time for healing the beauty of this land…