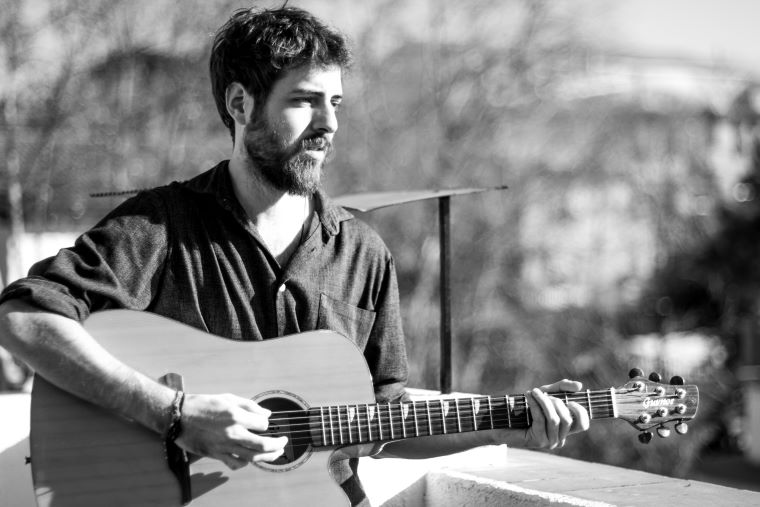 Although born and bred in Spain, musician Ian Fontova never felt quite connected to his own cultural heritage. Instead, he found joy and inspiration in the magical world of Celtic music.

Drawing upon his love of travel, nature and fantasy, Fontova brings together electronic, funk and post-rock musical stylings with old and new Celtic melodies to create a unique, hybrid sound.

“I definitely go for a new, experimental fusion kind-of vibe, using traditional music as a starting point,” shares the 28-year-old via email from his home in Barcelona. “I really have no desire to play only purely traditional Celtic music on its own.”

Fontova picked up the guitar at the age of four. When formal lessons became too methodical, he took another approach.

“Music should be, ultimately, for and of myself,” he notes. “And it is a great way for me to connect and communicate with other people. With training, it all felt too serious, and I believed then, as I do now, that music should be fun – a place of magic.”

He found that magic in the ancient customs of Celtic music and culture, a lyrical genre that remains ideal for expressing his innermost thoughts and feelings.

“In particular the “fantasy music” of the Celtic nations has been an interest of mine for a long time. It captures the soul. Over the years I have listened to many Celtic bands with great musicians and I discovered how this kind of music can create bonds between people, and how it can be an amazing channel to share both emotions and ideas.” 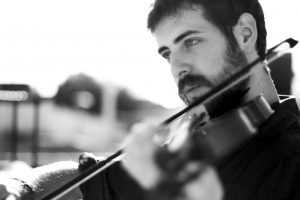 Earning a Soundtrack Production Degree in college, Fontova’s final project was an epic Celtic piece called The Journey. A video of the school’s orchestra playing the song was shared on YouTube, bringing greater attention to the songsmith’s work. From there, he created more videos for his own YouTube channel, and began working on his debut recording.

Released in September, Foras features eight original compositions – all of which, explains Fontova, were inspired by his travels.

“One of the tunes, Malham Quinoa, was the result of a wild camping trip with my sister in a place called Malham Cove in England. We were inside our tent, boiling quinoa over a campfire that took forever, when we started to play music to kill the time. Suddenly, the melody simply appeared out of nowhere.”

Another song – Take Me Back to the Woods – was written during a solo sojourn through the woods around the French Pyrenees.

Fontova’s favourite track on the new album, however, is Eye of the Warden, a melodic melange of post-rock and traditional Celtic sounds.

“What I like is fusion, strange rhythms, breaking the rules…especially when it is done with a Celtic flavour…”

His creative journey has not been without its challenges, he admits, including taking some criticism from traditional types.

“When traditions don’t evolve with the times and with new people, they are in danger of becoming stale, irrelevant, and even extinct. Change is important and necessary. It is my duty as an artist to both reflect and betray my times.”

As with most self-produced musicians, finding time and funding are major issues as well.

“Sadly, it is almost impossible to earn a proper income from it. And so, for many of us, we must make our living from something else, leaving us with little, if any free time to do our real work – the work we were born to do.”

That said, as with most creative endeavours, the rewards of the vocation far outweigh the difficulties; travel, meeting other artistic types, learning, self-exploration and expression are but a few of the intangible gifts.“Of course, there is great personal satisfaction in seeing my ideas and my efforts come to life, and hopefully endure long after I am gone.

“Ultimately, it brings me no end of joy to think that maybe someone, somewhere is enjoying what I have done – that perhaps, as it has done for me, it will enrich someone’s life in some way.”