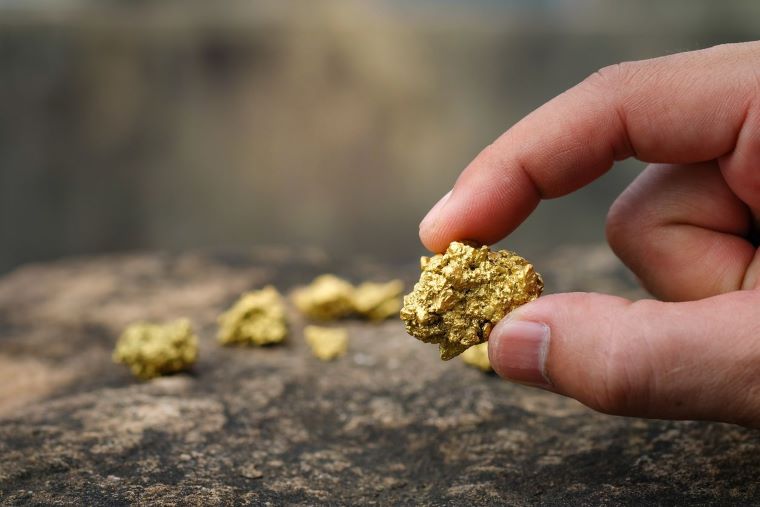 According to legend, Tighearnmas was the High King of Ireland who introduced the worship of idols to his kingdom during the Bronze Age. Ironically, he is said to have met his end, along with ‘three-fourths’ of Ireland’s men, during the night of Samhain while worshipping Crom Cruach – the idol associated with child sacrifice that Tighearnmas himself had instituted. This apocalyptic event took place at Magh Slécht – the plain of prostrations – in modern day County Cavan. Unsurprisingly, the monk who retold the tale in the Annals of the Four Masters credits a biblical intervention with the slaughter at this idolatrous gathering on a night that the church would rename All Hallow’s Eve and which future generations would refer to as Halloween.

If there were such a gathering – and myths are often founded on grains of truth – it must have been an impressive sight, as Tighearnmas is also credited with being the first to have gold smelted and to use colour to signify rank and status. Reputed to have reigned for seventy-seven years, he would have cut a commanding, regal figure dressed in garments of purples, blues and greens that he had assigned for the use of royalty. Dazzling jewellery created by his master goldsmith Uchadan would have completed the lavish spectacle as he led several thousand, torch-carrying followers to bow down before the golden icon of Crom Cruach surrounded by its twelve stone protectors. There, in some unspecified manner, on the very night when the veil between the world of the living and that of the dead is at its thinnest, the majority of those men met their fate. However, as Tighearnmas’ life ended, the story of Ireland’s gold had just begun.

Vince Thurkettle is a world-renowned gold-panner. For seven years he was President of the World Goldpanning Association, and it was he who found the largest gold nugget ever recorded in the United Kingdom. He has panned for gold all over the world – New Zealand, Australia, Scotland, Ireland, England, Wales, California, Japan, the Pyrenees and the Yukon in Canada – and has just returned from Tankavaara in Finland where he finished ninth in the World Goldpanning Championships, an event he has won previously. His fascination with gold began when he was a young geology student and had a chance encounter with a gold prospector. For Thurkettle it was a life-changing meeting.

“I had never considered the possibility of finding gold, but in that moment, I discovered its captivating beauty and the challenges of searching for it.”

Of all the countries in which he has panned for gold only Ireland has drawn him back every year ­- and sometimes several times a year – for forty-two years!

Thurkettles’ paternal grandmother was Irish, and it is what he refers to as the ‘history and mystery’ of the place that captivates him.

“Gold is such a mysterious, enchanting substance and to search for it in a land that is steeped in fascinating legends woven around an exciting history makes it all the more special.”

Ireland is renowned for its Bronze Age gold. There have been more hoards discovered here than anywhere else in Europe, and the National Museum in Dublin hosts an astonishing collection of gold artefacts. Irish place names such as Slieve Anore (Mountain of Gold), Glenanore (Glen of the Gold) and Tullynore (Little Hill of Gold) allude to locations where gold may have been found. For panners like Thurkettle these are important clues. Other signs are buried in ancient writings and some – such as the references to Tighearnmas’ goldsmith, Uchaden – may be more fact than myth. Uchaden is reputed to be the first person to have smelted gold in Ireland and to have done so in an area known to be part of the modern county of Wicklow. The fact that gold did exist in this area in significant quantities was borne out in 1795, when estate workers near the town of Avoca felled a large tree by the bank of a stream, its exposed roots revealing a sizeable gold nugget. Felling trees quickly gave way to searching for gold and, as more was discovered, word spread, and Ireland’s gold rush began.

Although figures vary enormously it is estimated that as much as 3,500 ounces (100 kilograms) of gold were found in six weeks. Aughtinavought River was renamed Gold Mines River and is still called that today. Much of the gold was sold to jewellers in Dublin, and it would be nice to think that some struggling, peasant farmers and estate workers benefitted from the chance discovery. For Thurkettle, though, it isn’t about money. His passion is in chasing it through the leads within a landscape and the stories of its people. “It is hunting without killing – it is about solving the puzzle to locate the treasure that nature has hidden.”

Nigel Blayney is a jeweller who can trace his family name back to the Celtic warlord Brochfael Ysgythrog of Powys in 6th century Wales – his wild, red hair and bushy beard befitting his Celtic heritage. He has been crafting Welsh gold for over twenty years and his passion for his art is admirable.

“When I create something, I want it to reflect a sense of heritage – of belonging to a particular place  that embodies the object with meaning.”

It is a philosophy that attracted Thurkettle when the two men first met at a gold-panning workshop and it has soldered their friendship over the years.

Thurkettle is delighted to supply gold to someone who shares his enthusiasm for its provenance. Blayney also feels an affinity with Ireland, his name being found in a branch of the Welsh family that was granted lands in the early 17th century and founded Blayney Castle, which gave rise to the surrounding town of Castleblayney in County Monaghan. In recent years, the building was sold and renamed Hope Castle. Blayney has visited the area several times and encountered the friendliness of the people. It inspired him to explore Ireland further and he became captivated by the same things that draw Thurkettle back year after year, “There is something that gets under your skin and you just fall in love with the place.” It was that feeling of love that inspired him to create a range of jewellery specifically aimed at Irish lovers. To do so, he required Irish gold and Thurkettle gifted Blayney some of the gold he had collected on his numerous trips to Ireland. He felt it was the least he could do for a land that had given him great pleasure for so many years, “It was such a romantic idea to have lovers wearing jewellery with gold that I had collected from mountain streams and rivers across Ireland and, as it was my grandmother who had inspired me to visit Ireland in the first place, I knew she would have loved the idea.”

Gold used in making jewellery is an alloy comprised of gold and other metals that give it its colour and strength. Most people are familiar with rose, yellow and white gold but Blayney wanted something special and experimented until he could create gold with a distinctive green hue. He wanted the Irish connection to be obvious when worn. “There is no-one else who makes green-gold wedding or engagement rings. I wanted it to stand out across a room – to be so obviously Irish and so different from anything else.” He then incorporated elements of Celtic pattern and Irish landscape into the designs. One of his favourite pieces is a unique two-tone wedding ring with the outline of the Mountains of Mourne in green gold under a rose gold sunset. His designs include 18 and 14-carat engagement, wedding and Claddagh rings as well as heart-shaped pendants, and he sells them through his Irish Gold Company. Each piece is guaranteed to incorporate a percentage of Irish gold and is delivered in an embossed, wooden, presentation box, complete with a Certificate of Authenticity in English and Gaelic.

Uchadan may have mastered the art of creating gold jewellery but thanks to Thurkettle and Blayney, Irish gold is still being crafted today – with love!