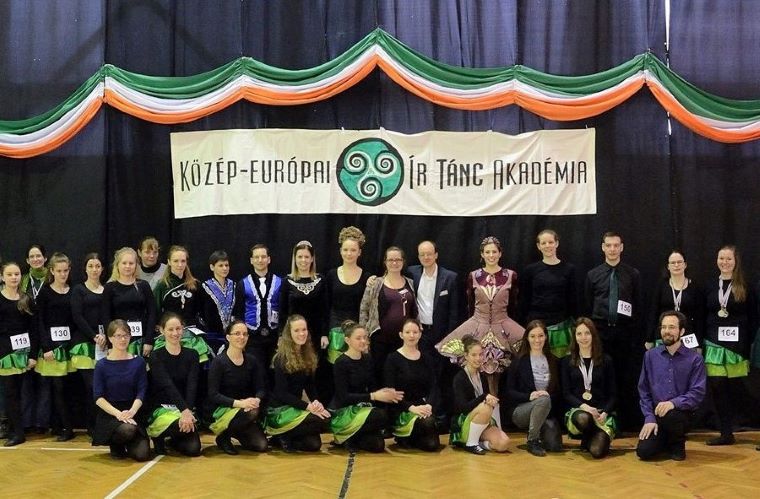 Unlike many of the dancers we feature in Celtic Life International, Gabor Zimboran was not inspired to get into step dancing because of Riverdance.

“It might be considered unusual now, but I saw Riverdance and Lord of the Dance only after I had started dancing,” he shares via email. “My first glimpse into Irish step dance music was from Shania Twain’s music video Don’t Be Stupid, which featured Irish dancers.”

Dorottya Zimboranne Jakubek’s interest was piqued by Lord of the Dance, though in a roundabout way through the heart of Mordor.

“The ‘Lord of the Rings’ films had come out in my early teens,” she says, likewise via email. “One boring afternoon I was looking around home for something to watch, and came across a video tape – yes, a VHS tape – which had Lord of the Dance written on it in handwriting. I was curious what could that be, so I started watching and I quickly became obsessed with it.”

Perhaps it isn’t so shocking these two came by Irish dance through non-customary means; in their native Hungary, Celtic culture isn’t exactly traditional. At least not in recent memory.

“I am not aware of any Irish or Celtic relatives,” Zimborman admits, “but in Prehistoric times, in the Late Iron Age, a part of the Carpathian Basin was occupied by Celtic tribes, so I might have some Celtic blood in my veins after all…”

Even with the region’s ancient Celtic roots, Zimborman struggled to find dance classes in Hungary until the year 2000, when he enrolled in the first program he could find. 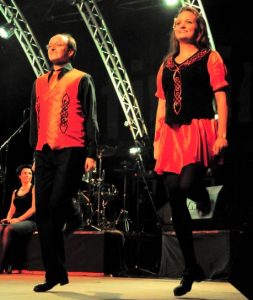 He would start teaching dance in 2007, which is how these two came to meet.

“I was in a smaller dance school before,” says Zimboranne Jakubek. “People started to drift away from dancing, and the teacher recommended Gabor’s school to continue dancing. Before I joined the new school, I was watching a lot of videos on YouTube and started wondering about competitions. Gabor’s school offered competitions as well, so that seemed to be my path.”

Together, they started their own school of dance – Közép-európai Ír Tánc Akadémia – or the Central European Irish Dance Academy. Interestingly, the business grew organically rather than by design.

“Starting to teach Irish dance came naturally as part of my dancing career,” explains Zimborman. “I did not dream of performing, competing, teaching or running my own school when I started dancing, I just wanted to learn the steps.”

“I have this natural instinct in me that if I know something, I want to share,” adds Zimboranne Jakubek. “So, when a teacher quit in Gábor’s school to move abroad, Gábor asked me if I wanted to take on her classes. Naturally, I said yes.”

Since 2012, the Academy has performed at some of the biggest events and on the most prestigious stages in Hungary, pleasing crowds and winning tournaments along the way. However, even with their success, the ancient art’s status isn’t soaring; the style is seen as lacking variety compared to other dance styles, mostly as Irish step dancing doesn’t use the hands.

“Currently, it is not a very popular dance style in Hungary, so we are always struggling with the numbers,” notes Zimboranne Jakubek. “Our performance group, Erin, has a mission to spread the word about the variety found in Irish dancing – in our performances we exhibit all the different dances within Irish dancing – solo vs. group, traditional hornpipe vs. treble reel, céili vs. solo reel, etc. We also perform séan nós and polka numbers too.”

The pair are hoping that, just by being there for those who do want to learn, they can grow the popularity of Irish dancing in Hungary, They are currently exploring ways to expand their online reach, and remain optimistic about younger generations taking up the tap shoes.

“Even in countries that have no direct link to Celtic culture (like Hungary), those people who are interested in Celtic dances are interested in other aspects of Celtic culture: literature, history, music, etc.,” says Zimborman, with Zimboranne Jakubek adding, “They are, if they meet with it. The problem is that they don’t get in contact with it.”

In the meantime, the rewards of seeing the joy on the faces of their pupils keeps them on their toes.