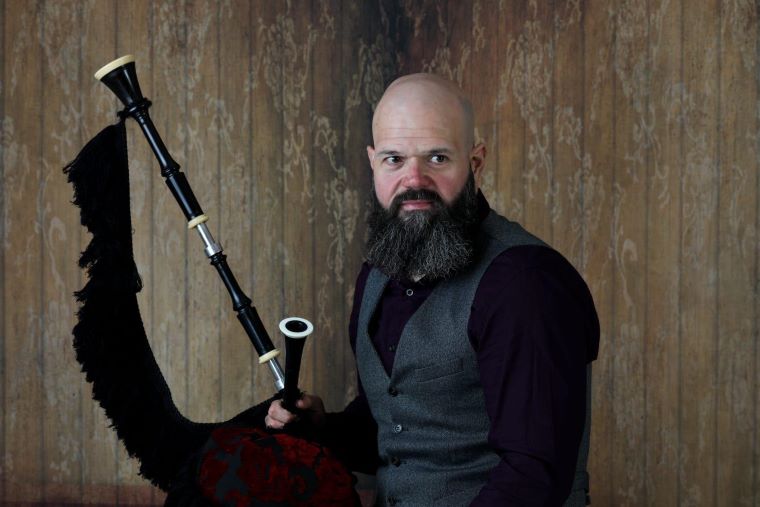 Some fall in love at first sight, but Bras Rodrigo didn’t even have to lay eyes on the bagpipes before he fell head over heels.

“I was inspired by its sound,” shares the 41-year-old via email from his home in Spain. “Below my house, they taught bagpipes. I was walking with my grandfather, who I was very close to, and heard something special. Without having seen the instrument, I told my grandfather that I wanted to play what I was hearing. It turns out it was a bagpipe.”

“I play Asturian bagpipes mainly, although I can also play the Scottish and Galician bagpipes,” says Rodrigo, who was born and bred in Asturias.

“It is a small and beautiful Celtic country nestled in the Atlantic Arc, in Northern Spain. I am Celtic, like all the inhabitants of the northwest of the Iberian Peninsula of Spain and Portugal. According to the latest research by the prestigious geneticist Bryan Sykes at Oxford University, the original Celts were from Asturias. Study of the DNA of the inhabitants of Great Britain attests to this in his book The Blood of Isles. Irish legends say that Saint Patrick arrived in Ireland from Spain and that King Breogán conquered the Emerald Island from the tribe of the Danu.”

Celtic Life International readers are more-than-familiar with Galicia, the best known of Spain’s Celtic regions. Rodrigo is quick to provide a cultural primer on the Celtic-ness of his homeland, however. 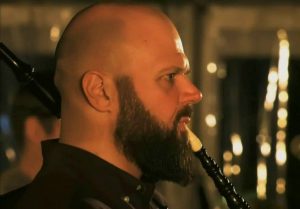 “Our national instrument is the bagpipe and our national dance is the prima dance – which is very similar to the Andro Bretons. We speak Asturian, and our colors are green – for our meadows and tall mountains – and blue, for our sea.

“We have fabulous food; the main dishes are the Fabada, the Asturian Pote stew, rice pudding, and casadielles. And we are the largest cheese capital in Europe, with great variety. Our landscape is a true paradise, and our people are cheerful and hospitable.”

The Asturian bagpipe, also known as gaita asturiana, is not unlike the more familiar Scottish pipes, though its dimensions are longer than other regional cousins of the same key and it is characterized by different finger hole placements. This allows it to hit various octaves, via a technique called requintar.

“I am still in love with the Asturian bagpipe; its tradition, its sound, its history, its aesthetics…for all of those reasons, I have dedicated my life to it.”

Rodrigo has taken that passion to new places in recent years.

“I like to innovate and experiment. This year, I launched a new invention – the LED Bagpipe. It is a bagpipe with LED lights, creating the sensation that the player plays on a beam of light. The lights change colour, intensity, and speed to the rhythm of the melody that the piper is playing.”

He has become equally innovative with his style of playing.

“I don’t really have one defined style – some people say that I have my own sound, the Bras sound. I like to experiment with and merge many styles, from the songs of Native American culture, to classical music, and even rock, and of course, folk and the most traditional sounds.”

Evolution, be believes, is as important as tradition.

“For me, today, the challenge is all about helping new generations better understand that the bagpipe has quite an ancient history behind it. I want my students and to appreciate that tradition, while at the same time being innovative and adapting the sound and music to popular culture. It is important that we have an idea of both where we come from and where we are going.”