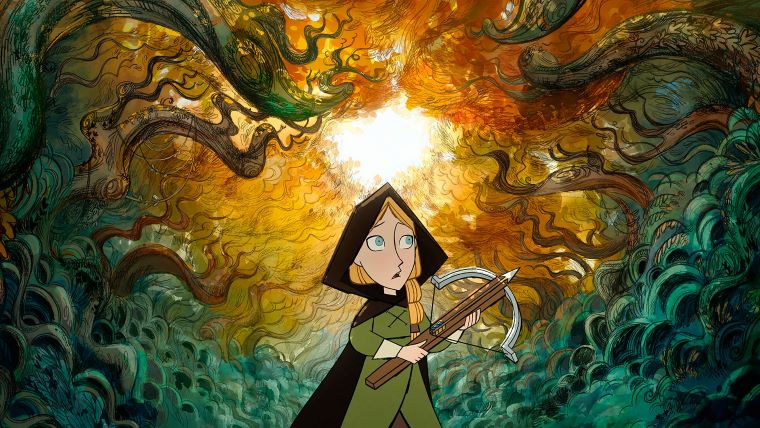 Irish culture has long been passed down from one generation to the next through the tradition of storytelling, regaling listeners with tales of great deeds, great men, and fantastic myths.

Today, many artists on the Emerald Isle are doing the same, although aided by a boost in technology. As the animation industry in Ireland continues to boom, old-school soothsayers and minstrels are being replaced by storyboards and motion capture.

Ironically, the beginning of that story goes way back to a land before time – literally.

The first animation studios in Ireland were US-based companies that set up shop in Dublin, including Murakami-Wolf – which produced the classic Teenage Mutant Ninja Turtles cartoon, among others – and Sullivan Bluth Productions, studio of the acclaimed animator Don Bluth. Classic films, like The Secret of NIHM, An American Tale, and The Land Before Time were crafted in Dublin. It was around then that Gerry Shirren jumped on board with Sullivan Bluth as a production manager.

“I joined that studio at the end of The Land Before Time, and the beginning of the All Dogs Go to Heaven era,” Shirren recalls to Celtic Life International via Zoom from his office in Kilkenny. Shirren is currently the managing director at Cartoon Saloon, a studio which – as he explains – traces its DNA back to Sullivan Bluth.

“Ireland now has a couple of studios that grew out of the demise of Bluth’s. Certainly, the studio that I had (TerraGlyph) was one of those. Brown Bag was probably the first independent Irish one of that group, which included mine, as well as Kavaleer Productions and Boulder Media. And then Cartoon Saloon set up. 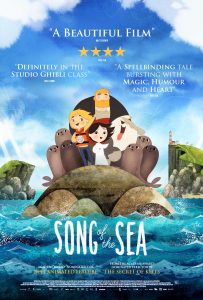 “The college brought out a whole new breed of lovely, talented animators,” he continues, referring to Ballyfermot College of Further Education. “They all got into business for themselves, and now we have this group of three or four studios that are going back to that era. They are the current elder statesmen, if you like, of the animation sector in Ireland.”

One of these ‘elder statesmen’ is Robert Cullen, founder and creative director at Boulder Media. Cullen started the studio with six employees in the late 1990s, with their main export being eCards.

“If you remember, these were sent to someone in an email to wish them a happy birthday,” shares Cullen, also via Zoom, from his home in Dublin. “I taught myself Flash – probably the very first version – and did a few cards. That is how the company started. For the first three years, we did online content, some adverts, and some comedy sketches.”

Those learned skills would pay off a few years later, when Boulder was given the chance to create test footage for the Cartoon Network series, Foster’s Home for Imaginary Friends. Other, larger studios vied for the gig, but it was Boulder’s expertise in the 2D style of Flash animation that won over the producers.

“Amazingly, they gave us the gig,” laughs Cullen. “We went from six people to, like, 30 people in the space of six weeks. There were no models on how to produce a Flash show, so it was just a matter of trial and error, for many, many months. It was a baptism by fire.”

Today, Boulder Media is one of the top service animators in the industry, largely hired by networks to animate cartoons like Transformers, My Little Pony, Danger Mouse, and many others. These jobs would have traditionally gone overseas to Asian studios, until the digital revolution in animation techniques made studio production more affordable.

Boulder has been comfortable in their lane so far; pretty much every studio that emerged from that wave of Ballyfermot grads has developed its own niche.

“Each studio did its own thing,” confirms Cullen. “Brown Bag focused more on pre-school shows and CG. Other studios developed their intellectual property, while we focused on service work, for the 8-to-10-year-olds action-comedy market. There was lots of work, and we weren’t going to step on anyone’s toes.”

Cartoon Saloon may have picked the most ambitious corner of the industry to inhabit – hand-drawn theatrical pictures.

“I have known the founders, Tomm Moore and Paul Young very well from the time they left college,” Shirren recounts. “I shared my tuppence worth of advice, for whatever it was worth, and then we worked together on-and-off. It kicked-off for them, eventually, when the feature film got finished, released, and became the critical success that it was.” 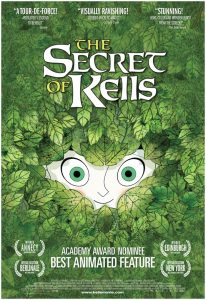 That film was The Secret of Kells, first released in 2009. It tells the tale of a young boy named Brendan living in a monastery in 9th century Ireland who meets a forest fairy named Aisling while repelling a Viking expansion. The film draws directly from Irish folklore and literature and is the first of a trilogy of such films by Moore. By the time the second picture was released – a tale of selkies titled The Song of the Sea – Shirren had officially joined Cartoon Saloon.

When we spoke to Shirren, the firm’s latest picture, and the third in the trilogy – Wolfwalkers – had just been nominated for an Oscar for Best Animated Feature.

“That is our 5th Academy Award nomination,” he notes, pointing out the time-tested tale of friendship between the film’s main characters, Robyn and Mebh. “These are small stories with a universal appeal. With Wolfwalkers, a straightforward friendship develops between the two girls who are from completely different backgrounds. They are set up from the start to be at loggerheads with one another, but they develop a friendship quickly.

“There is a big appreciation of being able to bring that bit of Irish-ness to international audiences. And that has been welcomed by the audiences where we have screened the films.”

Shirren describes the Irish animation industry as small but significant, with about 1,500 to 2,000 people working in the industry today. And while everyone has enjoyed their niches so far, the animation industry – like artistic talent itself – is always evolving.

Boulder Media is about to release a My Little Pony film, which they made in conjunction with the property holders on the creative, storytelling side – not just providing animation services this time but creating the characters as well.

“We are just about wrapping it up,” says Cullen. “I can’t say too much about it, of course, but it is the first CG film to be produced wholly in Ireland, which is great. It has been a fantastic journey on the movie.”

Cullen isn’t afraid of stepping on any toes with this move into features. He figures, with the onset of streaming services hungry for original content, animators in Ireland won’t be without work anytime soon.

“There is so much demand for content at the moment – more so than ever, really. Especially in Ireland – it has been growing steady now for the past ten years at least, and it is getting more and more recognition.”

“I see it as being a core part of the Irish film industry,” Shirren adds in agreement. “It’ll be a cornerstone of it, and we see it growing. The opportunity is there. The business is there. The creativity is there.” ~ Story by Chris Muise