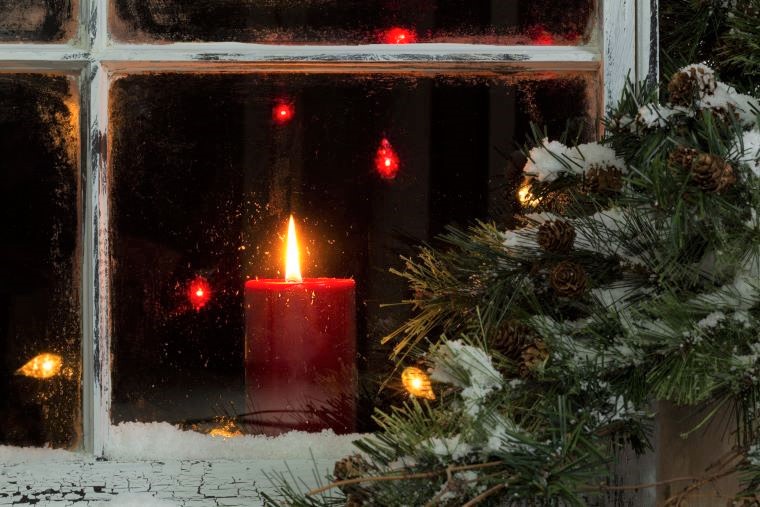 Ireland, like most countries, has a number of Christmas traditions that are all of its own. Many of these customs have their root in the time when the Gaelic culture and religion of the country were being supressed and it is perhaps because of that they have survived into modern times.

Candle in the Window

The placing of a lighted candle in the window of a house on Christmas eve is still practised today. It has a number of purposes but primarily it was a symbol of welcome to Mary and Joseph as they travelled looking for shelter. The candle also indicated a safe place for priests to perform mass as, during Penal Times this was not allowed. A further element of the tradition is that the candle should be lit by the youngest member of the household and only be extinguished by a girl bearing the name ‘Mary’.

After evening meal on Christmas eve the kitchen table was again set and on it were placed a loaf of bread filled with caraway seeds and raisins, a pitcher of milk and a large lit candle. The door to the house was left unlatched so that Mary and Joseph, or any wandering traveller, could avail of the welcome. 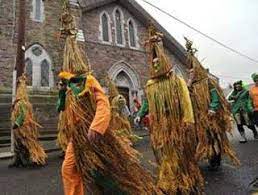 During Penal Times there was once a plot in a village against the local soldiers. They were surrounded and were about to be ambushed when a group of wrens pecked on their drums and awakened the soldiers. The plot failed and the wren became known as ‘The Devil’s bird’. On St. Stephens day a procession takes place where a pole with a holly bush is carried from house to house and families dress up in old clothes and with blackened faces. In olden times an actual wren would be killed and placed on top of the pole. This custom has to a large degree disappeared but the tradition of visiting from house to house on St. Stephens Day has survived and is very much part of Christmas.

The placing of a ring of Holly on doors originated in Ireland as Holly was one of the main plants that flourished at Christmas time and which gave the poor ample means with which to decorate their dwellings. All decorations are traditionally taken down on Little Christmas (January 6th.) and it is considered to be bad luck to take them down beforehand.

The Gaelic greeting for ‘Merry Christmas’ is:
‘Nollaig Shona Duit’ – which is pronounced as ‘null-ig hun-a dit’.