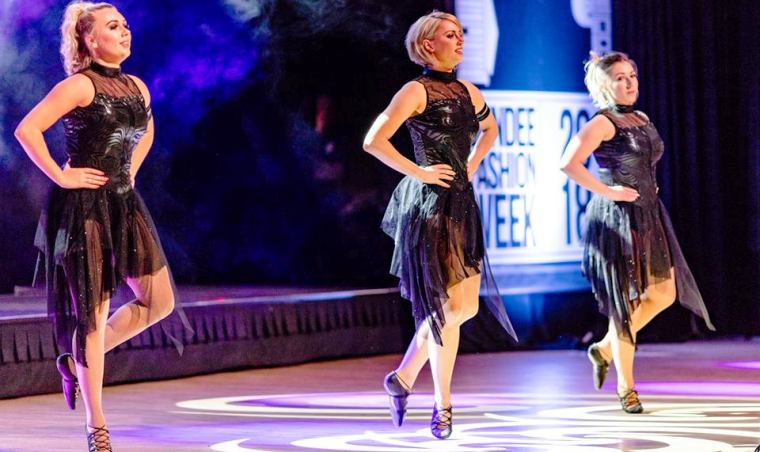 Like her parents and grandparents, Rachel Mclagan grew up Blairgowrie, Perthshire – one of those iconic, small Scottish towns much-visited by tourists looking to experience authentic Celtic culture.

Amidst that milieu, Mclagan developed an early appreciation for history, music and dance.

Although she began with ballet, Mclagan followed her mother’s footsteps into Highland dance by the age of five

“My Mom learned Highland dancing when she was a youngster, and she always wanted me to pick it up as she felt it was important to our culture. She also wanted me to enjoy the same friendships and experiences that she had gained from performing with the local dance school.”

Now 32, and based in Glasgow city centre, Mclagan believes that her mother was right on both counts. However, she took her passion for dance to new levels over time, winning more than 100 titles, including Scottish, British, Commonwealth, United Kingdom, Australasian, North American and Northern Canadian championships. 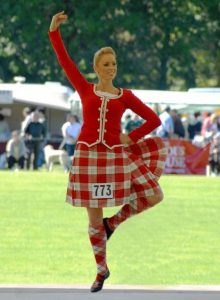 After retiring from competitive dance, she started a series of creative ventures, including the founding of her performance group, Flings & Things.

“I have been very fortunate to work with some incredible musicians and performers in the Scottish traditional music world, and some of my closest friendships are the girls I dance with. It is great to be able to continue working and performing together even though we have left our competitive days behind.”

In 2010 Mclagan teamed up with friend and fellow champion dancer Gemma Baillie to produce a show called Assemble and Leap to commemorate the 60th anniversary of the world governing body of Highland dance. With a dozen choreographers and a cast of 38 dancers, they raised £8,000 for charity. Mclagan calls the sell-out performance one of the proudest moments of her life.

“Normally, as a competitor you are out there on the stage alone, performing only for yourself to come out as a winner.”

“On that night, however, we were all celebrating together, recognizing the work of those who had dedicated their lives to our art form and acknowledging their success.”

Following the success of that show, Mclagan and Baillie appeared at both the Beijing International Tourism Festival, where they performed at the Great Wall of China, and at New York’s Tartan Week. Mclagan has since brought her own troupe to the Big Apple for the annual celebration of all things Scottish.

“We also performed at Milwaukee Irish Fest and at Monte Carlo Casino Square with the Red Hot Chili Peppers and joined them on stage to open T in the Park – something I never thought I’d come close to achieving as a dancer.”

Travelling with the ceilidh band Whisky Kiss, she has danced her way both across Scotland and as far afield as Dubai and Shanghai.

Mclagan credits her coach and mentor Shendl Russell with encouraging her to follow her passion. During her competitive years, she was greatly inspired by former champion dancer Jacqueline Smith of Ontario, calling her “an absolutely stunning dancer.”

“For me, she embodied the perfect combination of technique, strength and elegance. She is the dancer I would picture when envisaging the optimum and ideal competitive performance.”

As a choreographer, she has studied several veterans in the field, but points to Michael Flatly of Riverdance fame as her greatest inspiration. 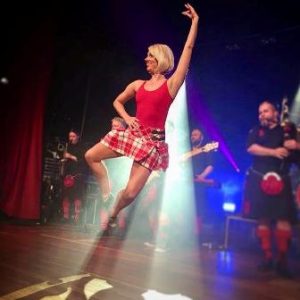 “He taught us that there is really no such thing as boundaries when it comes to dance; if you embrace your imagination and are brave enough to put your ideas out there for the world to see, the possibilities are endless.”

She has great respect for old-school forms of dance.

“If it is a very traditional Scottish cultural event, where we are looking to showcase our heritage in its purest form, then our choreography will be more traditional, and we will most likely be dressed in full kilt outfits.

“On the other hand, if there is an opportunity to highlight a more modern side of Highland dancing, then there are no limits to where the choreography can take us.”

Even with all of her personal success, and the growth in popularity of Highland dance, Mclagan believes there is still work to be done.

“We can improve the way we market our sport to the rest of the world. We need to take every possible opportunity to shine a light on Highland dancing, be it traditional or in its choreographed form, through every avenue available to us.”