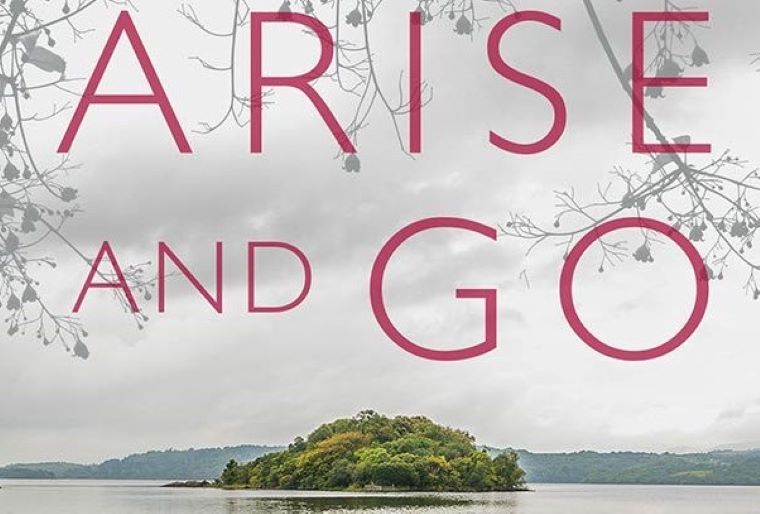 Kevin Connolly first discovered the work of Irish poet W.B. Yeats at the age of 16.

“A friend of mine thrust a copy of Joseph Hone’s biography of Yeats into my hands and urged me to read it,” recalls the author. “The book, though long since by other biographies, encouraged me to dive into Yeats’s writings and explore his fascinating life.”

After graduating with a master’s degree in Library Science, the Co. Cavan native took his first steps into Ireland’s literary scene, opening two small bookshops – one in Dublin and another in Sligo.

“They were called The Winding Stair, a name taken from a book of poems by Yeats. I sold the Sligo shop in 2001 and the Dublin shop in 2006, though it continues to operate under the same name. Between 1982 and 2006 I hosted hundreds of readings, launches, exhibitions, concerts, etc., at these locations and came into contact with many exponents of writing, arts and performance during that time. The Winding Stair became a vibrant part of Dublin’s cultural tapestry.”

In addition to owning and operating the bookshops, Connolly has maintained a vibrant writing career through most of his adult life.

“Ireland is a wonderful environment for writers, both encouraging of the effort to write and tolerant of the outcome. Over the years I have written for newspapers, magazines, and radio, as well as for academic journals.

“I am excited by the blank page and I enjoy the challenge of putting feelings, opinions, and observations into words.”

Although he writes both for his love of language and story, it was his passion for research that took precedence. Over the past decade, the scribe has dug deep into the life and work of Irish poet W.B. Yeats, inspiring both his debut novel, Yeats and Sligo (2010), as well as his most recently offering, Arise and Go.

“While writing Yeats and Sligo I realized that Sligo was only a very small part of Yeats’s world, though it remained with him throughout his life and certainly informed his poetic landscape. The more I read, the more I realized that there was a much greater world out there that Yeats occupied, and people who influenced him. O’Brien Press then commissioned me to write another book about Yeats, and I was able to apply my newly acquired research skills to the immensely enjoyable project of exploring other dimensions of Yeats’s life. This took me to London, Dublin, the West of Ireland and other places, and introduced me to a vast dramatis personae of characters whose lives became entwined with Yeats’s on all sorts of levels.”

Although the process of writing Arise and Go presented many challenges – organizing the book’s structure, most specifically – Connolly says the experience was engaging, educational and entertaining.

“I enjoyed the process of assimilating research into prose and attempting to make it readable and not too academic. I wanted to make Arise and Go informative as well as accessible to the reader who had an interest in Yeats but didn’t want to read an overly academic work. There are enough heavy academic works about Yeats available. A second great reward was in the manifestation of all that research and writing in the form of a beautifully designed and produced book.

“I certainly learned a lot about Yeats himself. I learned that his was a talent that he worked hard at refining. He wrote ceaselessly. I also learned that he was determined and obsessive about certain ideas, such as the Hugh Lane Gallery, the Abbey Theatre, and more. He was a courageous man and always prepared to stand up for causes in which he believed regardless of the personal consequences.”

The response, he notes, has been extremely positive.

“I have received many emails, letters, and calls commenting on how ‘readable’ the book is. I think the most heart-warming response was from an elderly man who read it aloud to his ailing brother in his hospital bed.”

Connolly is currently working on a book about Irish politician Charles Stewart Parnell, a project still in its early stages.

“However, I will never stray too far from W.B. Yeats, I have also begun researching Yeats and Maud Gonne and their endlessly absorbing relationship. Ah the joys of research!”