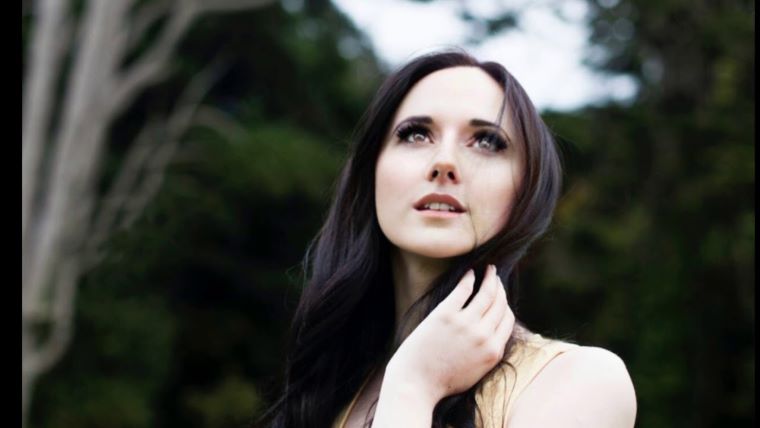 Emer Barry remembers singing before she could speak.

“I used to stand up in my cot and just start making noises,” she recalls via email. “Then I would stop, seemingly congratulating myself and start again, higher and louder!”

Despite her unwavering confidence in the crib, the Longford native found it difficult to find her musical footing as a child.

“I was very shy outside of the house, so my parents sent me to join choirs and drama classes and all sorts of things to bring me out of my shell. When I was seven, I took singing lessons with a Nun who lived an hour away from us and I had my first solo in Longford Cathedral when I was 10. By nature, I am more of a dreamer than a doer, so if it wasn’t for my Dad, I don’t think I would be doing this at all. He pushed me, very gently, to sing. He found the teachers and signed me up for the competitions and gave me the confidence to do what I love.

“My father was a lover of light opera, and he later sent me to study classical voice in the College of Music in Dublin,” she adds. “I went on to get a Masters in Opera and studied for a year with English National Opera in London. It was after all that that I felt I really found my voice.”

Her style, she notes, is heavily inspired by both her classical training and traditional tales and techniques of ancient Celtic folk.

“I never felt entirely connected to the opera world. My voice just didn’t want to commit entirely to that style. What I do now is much more me, but it is influenced by all the music I have studied and sung over the years. I am sort of halfway between Celtic and Classical, and I am strongly influenced by the inherent storytelling nature of all Irish people. Honestly, I just go where the music takes me.”

Currently, she performs as both a solo artist and as part of crossover group, Afiniti. In addition to touring with the renowned Celtic trio, the young songstress recently released her first full-length solo album, Storyteller – a project, she admits, that was not without its challenges.

“Being an independent artist, I have full creative control.”

“However, it also means that much of the time I am the producer, promoter, PR person, administrator, as well as the performer. It is more than a full-time job, it’s a full-time job plus four part time jobs.”

Still, she feels that the highlights far outweigh any challenges.

“I have gotten to perform in America, and I absolutely love it there. The people are so friendly and nearly everyone has a story about their Irish ancestors. My first trip to America was in 2014, and I have performed there every year since. None of it would be possible but for a chance meeting with a very special person who has encouraged and supported myself and Affiniti over the past number of years. I was performing with Affiniti at a charity event in Dublin a while back and met Howard Crosby, who happens to be the nephew of Bing Crosby. When he heard us perform, he immediately said, ‘I need to bring you girls to America!’ It has just been the most amazing journey, meeting him, singing with him and gaining so many new fans across the pond.”

Barry – who plans to incorporate more Irish language and history into her next album – is very pleased with the current state of Celtic music.

“I think Ireland can be so proud of its artistic output. There is something to suit everyone’s tastes, from Hozier and Bono to Celtic Woman and Phil Coulter. It is amazing that such a small country can produce so many global stars. The Irish language is still taught in schools and many Irish artists use traditional instruments. I am a very proud Irish woman.”

As busy as the past year has been, Barry won’t be slowing down over the next 12 months.

“2020 will see the release of my brand-new album, which I am now recording. It is full steam ahead with lots of exciting plans. But, as I said, I am just going to go where the music takes me.”