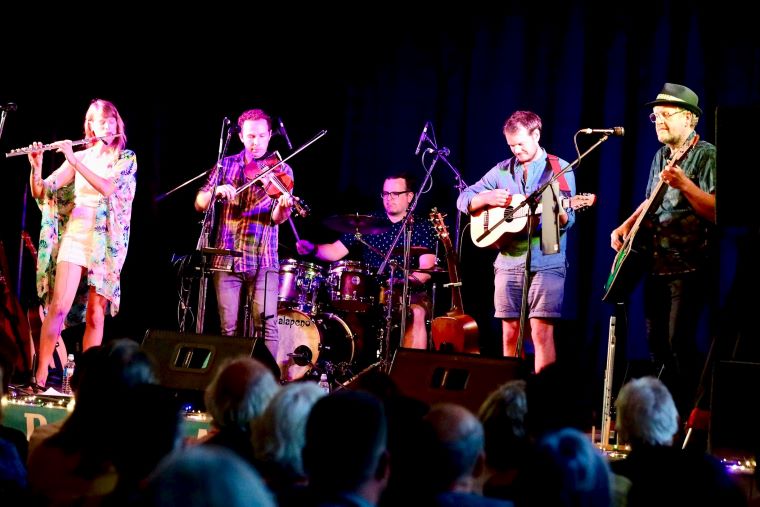 The Celtic Diaspora is a large one – so large, in fact, that it is not uncommon to discover a lost corner of it somewhere in the world. That is what happened with Cornwall-based band The Rowan Tree when they stumbled upon a lost bit of Cornish history in India.

“I first discovered that Cornish miners had been in India after watching a TV show about Indian music,” recalls Laura Garcia, who sings and plays a variety of instruments in the five-piece band. “I was inspired to explore the possible connections between India and Cornwall. I found a brief mention online of the Kolar Gold Field, but there was very little information about the Cornish community that had lived there.”

“I knew one song that had fragments collected from Cornish miners working in the south of India, but I knew no more than this,” adds fellow band member Richard Trethewey. “Like the miners of old discovering a seam of tin, once we knew the history was there, we simply had to follow it.”

The Rowan Tree have unearthed the story of those miners – who excavated in Karnataka, India from 1890 to 1940 – with their latest recording and multi-media project, Kolar’s Gold, which fuses Cornish and Indian culture, both in terms of stories and sonics.

“The Cornish mining community in India had been all but forgotten,” says Garcia, “We felt it was important to make people aware of this fascinating part of Cornish history. The more we researched and learned, the more inspired we were. We probably could have made five albums with all the stories we uncovered!” 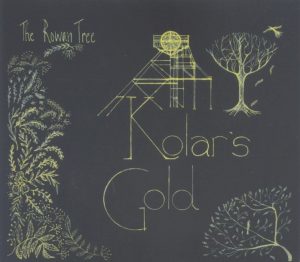 The band wasn’t alone on the new album; music was a big part of life in the Kolar Gold Fields, and they wanted to reflect that in the recording by including Indian musicians from the region.

“It was always important to produce music of the highest quality, taking no shortcuts,” says Trethewey. “We hoped to honour historical connections between Cornwall and India, such as miners at KGF, by raising money for Camborne Town Band, and so we had that band involved in the project.”

“If the only musical contributors had been a Cornwall-based folk band, this story would have been missing many of its key characters,” adds Tom Fosten, the group’s guitarist. “Even with the best will in the world, we could never give an authentic representation of the Tamil and Karnataka folk traditions present in KGF’s history on our own, nor are we the best to represent the Cornish shanty tradition.

“KGF was a melting pot of different cultures and this needed to be faithfully recreated in the music.”

Arranging an album based upon nearly forgotten miners’ tales from across the globe wasn’t easy, especially as much of it was done through correspondence.

“It was recorded across four different studios in India and the U.K., by 3 different engineers, with a further two studios involved in the mixing and mastering processes,” explains Fosten. “Some of the songs are made up of around 80 individual recordings, which made stitching it all together quite tricky!”

Thankfully, they had support from many others, including descendants of those Cornish miners.

“The challenges ranged from finding historical information to organizing the logistics of squeezing 50 Cornish musicians into a four-day recording window and overseeing the Indian recording process from my living room 4,000 miles away,” adds Garcia. “We have been very fortunate to have some wonderful people get on board with the project; historians, musicians, and members of the public both in India and Cornwall have bent over backwards to help us, and we could not have done it without them.”

By all accounts, the project – which began almost a full year ago – was well worth the effort.

“Being responsible for bringing these personal stories to life has been an honour for all of us,” says Trethewey. “Seeing different participants forming relationships across countries has also been a wonderful outcome. I think we are all very proud of the high quality and the truly unique musical legacy of what we have done.”

Garcia concurs, adding “the people we have met both at home and in India, and the friendships we have made, have been the greatest reward.”