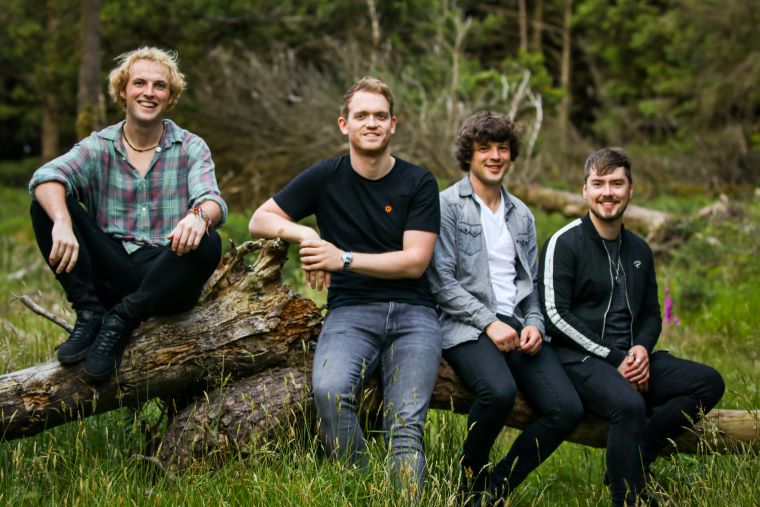 Irish folk-pop group Seo Linn caught the world’s attention with an Irish Gaelic cover version of (DJ) Avicii’s top-10 hit Wake Me Up in 2013. Though “barely even a proper band” sat that time, the group has since taken their talents on tour around the globe, most recently in support of their Gaelic/English crossover album Marcus in the Wood/Marcas sa gCoill.

Keith Ó Briain, one of the Seo Linn’s four members, spoke with Celtic Life International via email. Ó Briain plays multiple instruments for the quartet, including guitar, bass and mandolin. Hailing from Kilkenny on the Emerald Isle’s “sunny south-east,” he has been performing in bands since he was a youngster, playing his first pub gig when he was just 14 years old.

“My Mam used to be outside waiting,” he recalls, “ready to whisk me away from the alcohol and general pub stuff the second we got off stage

As a teenager, Ó Briain connected with bandmates Stiofán Ó Fearail, Daithí Ó Ruaidh and Kev Shortall while taking an immersion course in the Gaeltacht – areas in Ireland where Irish Gaelic is still the vernacular.

“Kids here often go to the Gaeltacht to get better at Irish language for school. This is where the four of us first met (Coláiste Lurgan, an Irish-language summer college) and combined our musical passions.”

“While we were there, each of us each started translating our favourite pop songs into the Irish language so we could play them at the talent show at the end of the course.” 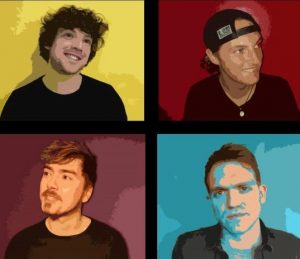 Michael Ó Foighil, the college’s manager, caught wind of the idea and sent the group to a local studio to record the songs.

“We came back year after year doing this same process, recording pop songs in Irish,” explains Ó Briain. Eventually, they became employed by the college, recording other cover versions and filming music videos featuring the college students, which were then posted on YouTube. By the summer of 2013, the videos’ popularity skyrocketed, with over 10 million views in just a couple of months.

On the heels of that viral success, Seo Linn was soon sharing the stage with the likes of English ska band Madness and members of British girl group the Sugarbabes at the Dublin New Year’s Eve Festival. International shows followed, with gigs in the United Kingdom to a charity trip in Uganda.

“We played bars, halls, stadiums – showing up at more Irish cultural events than we can count,” notes Ó Briain. “Some of our instruments barely worked. We had very little experience and yet we were thrown into this madness. It was a real trial-by-fire, and we were literally running to keep up, but those early years really molded us into the band that we are today.”

Seo Linn’s debut album, Solas, was released in 2017, winning Album of the Year at the The NÓS Irish Language Music Awards. The band’s sound combines folk and pop with a strong traditional Irish influence.

“We love taking a piece of music that is old and has the character that only traditional or folk music can wield and take it somewhere new. That excites us a lot. We also love writing music that gets people up on their feet and dancing.”

The band often composes music with their live performances in mind.

“When you have a roster of songs like that, it is easy to design an awesome show that has ebb and flow. If a song has enough character to make a section of your live show pop, then it is going to hit for people listening at home, in their car, or wherever.

“We only ever produce music that we are 100 per cent invested in. Whether that is a good thing or a bad thing, it is what keeps Seo Linn real for us – it maintains it as this genuine and intimate journey that we have been on for the last 8 years.”