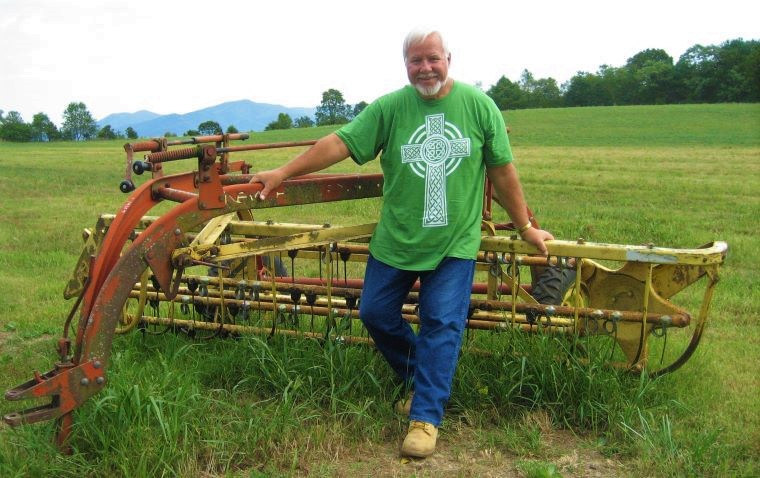 What is your ethnicity/heritage?
My father Leo was descended from Irish families that settled in the State of Minnesota during the Potato Famine, that is, the later 1840s. My mother Therese was descended from Austrian and Polish immigrants who arrived in Minnesota in the 1890s.

When and why did you start writing books?
I began writing at the age of 10 (1960) when I was reading a heavy diet of science fiction. (Who didn’t in 1960?) I completed a full-length SF novel by age 11. Over the years afterwards, I wrote fiction on and off and occasionally submitted stories to magazines or writing competitions. While I always enjoyed the effort, I never treated creative writing as anything but an occasional pastime.

Are they the same reasons you do it today?
I would say not. My fiction writing since 2006 has been approached in a very different way from everything I had done before. In that year, I completed work on a doctoral dissertation on the history of technology. This task demanded a two-year research and writing effort. When it was done at last, I said to myself, “let’s write something for pure enjoyment.” While the new project began as a relief from the effort of the dissertation, it soon became even more demanding…and it is also more rewarding on a personal level.

How have you grown as a writer over that time?
I write today for the deeper enjoyment of creating characters and seeing the world they inhabit through their eyes. I want the reader to feel something, sadness, joy, fear, admiration, not just smile at an author’s attempt at clever plot twists or polished prose. In decades past, I set out to write entertaining stories. With the Celtic Trilogy I’ve tried to accomplish something much more ambitious: to create a world and a culture utterly different from, and in some ways better than, the world we inhabit today. I hope that my readers enjoy dwelling for a time in the world of the latter-day Celts, despite its many dangers and heartaches. 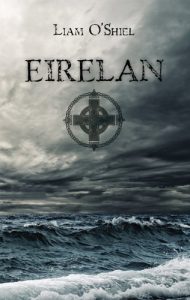 What inspired/motivated you to write Eirelan & In the Bleak Midwinter?
Looking back now some 13 years after this journey began, how I came upon the story is something of a mystery. My earliest notes show that I was exploring a science fiction theme initially, but soon discarded SF and fantasy elements. I centered the story on the struggles of a civilization living at a lower technological level than ourselves and having no desire to recover the technology-driven past. After a few false starts, I wrote the opening epigraph below, authored by Seanlaoch Osraige, a young Province historian who becomes a major character:

On the shores of Lough Ennell, toward early evening on the winter solstice, in the old calendar year 2954 A.D., the Twenty Clans gathered, not all of the people to be sure, but the leaders and elders and scholars and the ordinary folk who farmed and fished and made things with their skilled hands. As the sun set over the lake, a solemn song was sung while twenty great stones were set in a circle, one for each clan. This circle of stones was ever after venerated as marking the time and place of our joining together, to live as we wished to live, speaking the ancient tongue of the Celts, and forsaking forever after the machines which had brought mankind low and torn the beautiful earth asunder. On that day near a thousand years ago at Lough Ennell, we became the Province of the Twenty Clans.

The images and sounds of this ritualistic scene, which takes place a thousand years from now and yet a thousand years before the story begins, were the inspiration for the epic. From this slight foundation everything else followed.

What was the most challenging aspect of the process?
Building an entire culture bit by bit, locating it in time and place, researching names and locales, trying to stay consistent as the narrative became ever more complicated. What is the religion of the latter-day Celts? How did it arise? Why are they focused on mystery? How large are the cultural and language differences among the five allied Celtic nations? How do they pray? How do they fight? What do they really care about? All these questions and many more had to have answers as the story progressed in complexity.

What was the most rewarding part of the experience?
Realizing that more than ever before in my writing life, I cared about the characters and was able to immerse myself in their world. This is how the entire saga is written. It’s as if I live in the Celtic world rather than watch it from afar. This feeling is addictive and makes writing a joy.

What did you learn during the process for each?
The two books already written and the third on the way are not separate stories, so there really is no “each.” What I have learned as a writer is one main lesson: if you are writing and don’t feel anything, stop and go back. You’ve lost connection with the story and the people. If you want the reader to feel anguish, you’d better feel it yourself as you write.

How much research was involved with each?
The initial load of research for Eirelan was daunting. Now it’s mostly checking geography, creating names, and making sure I’m being consistent with what I’ve already written.

How did you feel when the books were completed?
Melancholy in both cases. Eirelan ends with Triona, now pregnant with Conor’s child, sitting alone and lonely on a dark winter’s day:

She sat down on the window seat and watched the children below laughing and shouting and cavorting in the white powder, and she remembered what it was like when she was down there among them, not so many years ago. How simple things were then. How very simple.

Bleak ends with Conor’s overwhelming grief at losing his dear friend Sean to the enemy:

He lingered a long time, trying to settle the turbulence that swirled in his mind. The moon was sinking beneath the waves when he set his stride towards home, where he knew his mother waited, and would understand.

What has the response been like from those that have read them?
Nearly all reader reviews on Amazon and Goodreads have praised the books. A small group of readers found the books too long and too complex for their tastes. Eirelan received highly favorable reviews from Clarion, Kirkus Reviews, Writer’s Digest, and Midwest Review of Books. The last of these commented:

Eirelan is the award-winning debut novel of author Liam O’Shiel. A work of “future historical fiction,” set thousands of years after an unknown catastrophe has leveled today’s modern, technology-driven infrastructure, Eirelan tells of ordinary people fighting to defend their homes and their livelihoods. As the Province of the Twenty Clans prepares to celebrate its millennium, a select few realize that the Province will have to change if it is to survive. Steeped in Irish culture and tradition, yet weaving its own original tale populated with conflicted characters, Eirelan is a captivating epic saga of the quest to not only survive, but also build and protect livelihoods worth living. Highly recommended.

Praise like this for one’s work is gratifying. Marketing and selling are another matter. For the past eight years I have had difficulty finding time and energy to both write and market my novels. Agents and big publishers tend to look askance at long, complex novels by writers who are not already household names. 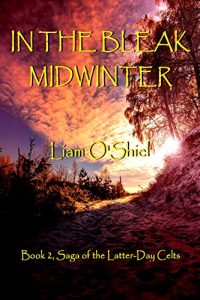 What makes a good book?
I can answer only for myself in regard to fiction. First, the writing itself must show a full command of the English language. Many fiction novels today selling millions of copies are abysmally written, however clever and creative they may be.  Second, the characters must be true to life, believable, and consistent. Third, the “dream of the story” must be seamless. And finally, the reader must be treated with respect. If I start reading a novel and after 20 pages find myself utterly confused about what is happening, it finds its way to the local library.

Is your creative process more ‘inspirational’ or ‘perspirational’?
My process is more the former than the latter, to be sure. I use an uncommon approach described by E.L. Doctorow this way: “Writing is like driving at night in the fog. You can only see as far as your headlights, but you can make the whole trip that way.” This means I do not plot ahead and then write to meet the outline. I begin a novel with just a general idea of what will be happening next. Then I pick the characters and setting for Chapter 1 and keep going as far as the “headlights” illuminate the fog. The details of the story are revealed to me through the eyes and thoughts of the characters. I know this must sound odd and a bit perilous, but I find that it leads to some amazing turns in the story that I could never have come up with by plotting ahead. Drafting a detailed outline would, for me, destroy the joy of writing completely.

What are your thoughts on Celtic literature today?
I confess that I don’t have much time for pleasure reading, given that I run a farm by myself, work as a consultant, and try to keep my latest book moving ahead. What I do read is mostly scholarly literature on the history of Celtic civilization. Currently I am studying Welsh history from Roman/early Celtic times to the present. My most recent read was Alice Roberts’s The Celts: Search for a Civilization.

What’s next on your creative agenda?
Before the end of 2019, I am hoping to complete the draft of the third book of the trilogy, entitled The Blood Upon the Rose. This is an ambitious goal. Beyond that, I have in mind at least two more books in this series, one entitled Fall of the Age of Machines, and another entitled The Long Winters. The latter will feature young versions of Uinseann Laigain and Rionach Baircche, who are both over 70 in Eirelan and Bleak Midwinter. I am also planning in 2020 to approach major cable production companies such as Amazon and HBO to see if they would consider making the trilogy into a miniseries. This has been suggested to me by a number of readers and friends. I’m working on a screenplay for the first episode.