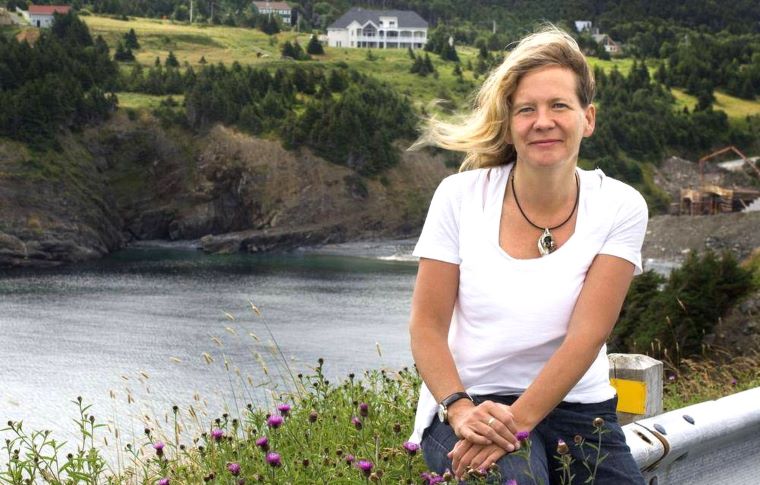 The last few years have been challenging for everyone. The world has experienced loss, violence, sickness, and hate on a global scale. “Love” may feel to some like an outdated concept that has been supplanted by aggression and hostility. This is the inspiration behind Lisa Moore’s newest book, This is How We Love.

“There is a new permission to say things that are cruel or ugly,” shares the scribe from her home in Newfoundland/Labrador. “It made me wonder what ‘love’ was, and how we love and how we can love better, how we can love more and more people.”

Moore grew up in the countryside of Newfoundland – an upbringing that stoked her fire for storytelling.

“When I was a kid, I was absorbed in the world of imagination that comes with reading, when you, you know, have nothing else to do.

As a young adult, Moore attended a creative writing class at Memorial University (MUN) before studying visuals arts at the College of North Atlantic and, later, the Nova Scotia College of Art and Design. Although she spent many years working as an artist, she continued to write creatively with a small group of friends she met at MUN.

She is now a renowned name in Canada’s literary scene, having penned several novels and short story collections, including her debut Alligator, which was nominated for the 2005 Giller Prize and then won the Commonwealth Writers’ Prize Best Book Award the following year. In addition, her follow-up novel February was longlisted for the Man Booker Prize in 2010 and took home top honours in Canada Reads 2013: Turf Wars. 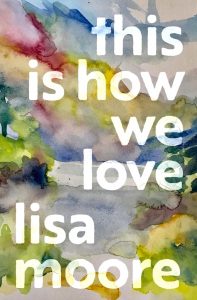 The greatest reward, however, has been the response from readers.

“If someone reads something that I have written and it touches them, that is always like a miracle. Sometimes people tell me that they have connected with a book. These are the joyous moments that come from trying to write something.”

She notes that her writing draws inspiration from Irish authors like Edna O’Brien and Anne Enright.

“These are writers who, when I read them, I can hear that voice that I grew up with. I mean, it’s different, but it’s also very familiar to me. Voice is very important in Irish writing. It is not just that you see images, or it is not just that the writing is cinematic, but it is oral, as well. There is this tradition of oral storytelling in Ireland that is rich and deep and full of humor and darkness in equal measure.”

Her latest full-length effort, This is How We Love, follows a woman as she travels through a snowstorm to her son Xavier, who is lain in hospital following a brutal attack. As such, the heart of the new narrative, she explains, is not only love, but family.

“I am really looking at the relationship between children and adults, and what ‘love’ means between them, recognizing that children are going to be inheriting the space that adults vacate – and what our responsibility is to the next generation.”

She admits that the project proved was difficult at times: in addition to the common challenges of bringing a book together, This is How We Love contains more violence than Moore is typically comfortable with.

“I felt it was important to not shy away from that. I wanted to show the repercussions of violence and how, even though some of the violence we see happens quickly, it isn’t over quickly. It involves a whole web of people and waves of pain that shutter through communities.”

Her hope is that readers will take one very important lesson away.

“There are a lot of people out there who need love. It is a hard time that we are living in, and now is the moment to love more deeply and reach more widely.”