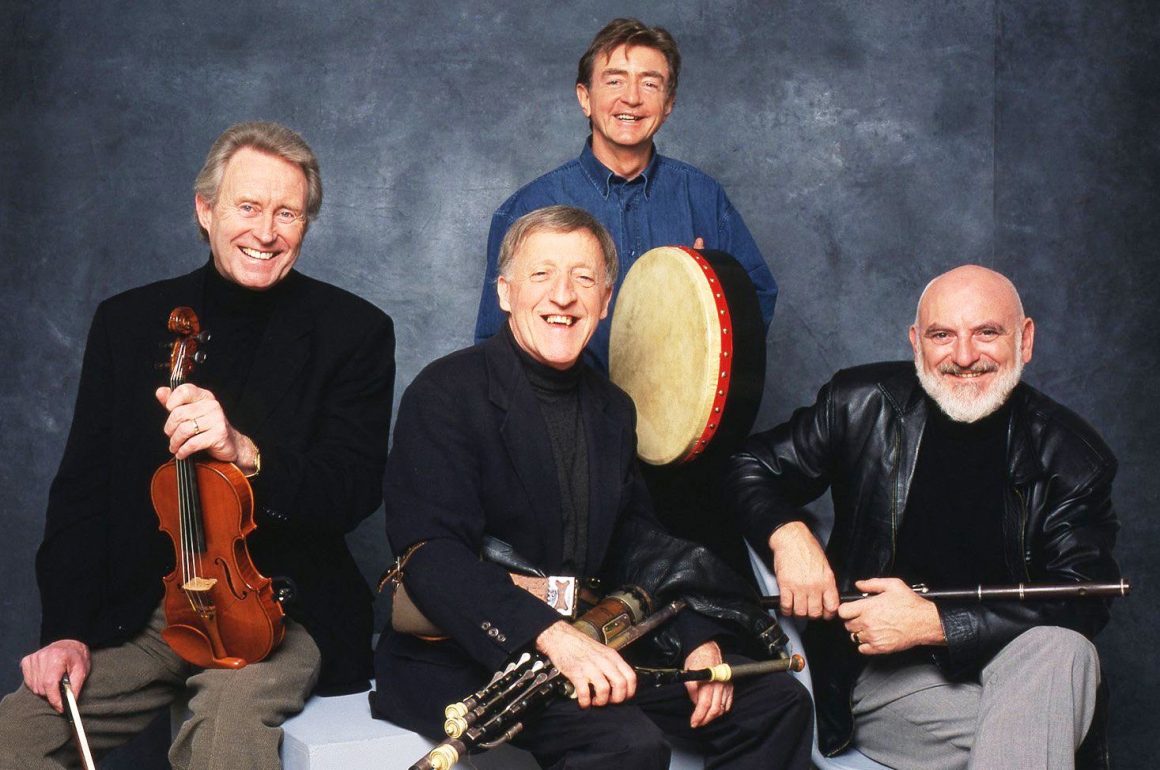 Paddy Moloney shows no sign of slowing down anytime soon.

Even at the age of 79, the irrepressible founder of the world’s most influential and successful Irish traditional band – which has six Grammy Awards and an Oscar to its credit – just wants to party on. He is already planning show details and booking performances into 2019.

“It’ll be a boots-on job for me,” says Moloney during a telephone interview. “That’s the way I’d prefer to go out and, God willing, I will – but not for a while yet.”

The only active original member of The Chieftains, which formed in Dublin in 1962, the renowned musician, composer and producer has always been the beating and bleeding musical heart of the band.

With 52 recordings to date, The Chieftains have a deeply loyal fan base for their traditional Irish music. Over time, they have broadened their audience by collaborating with the likes of the Rolling Stones, Van Morrison, Sinéad O’Connor, and countless others. More importantly, notes Moloney, the band has helped launch the careers of many young performers, among them dancer Michael Flatley, the brainchild behind the globally acclaimed Irish dance spectacular Riverdance.

“Once I did, indeed, worry about the future of traditional Irish music, but with the caliber of young musicians coming on, I have no worries today.”

Sipping on roasted green tea, Moloney is multitasking; prepping the band’s February and March 2018 tour of the United States 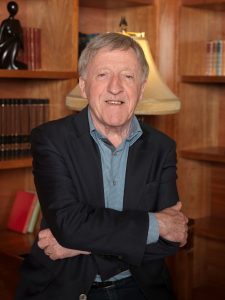 At the age of six, Moloney was entranced by a tin whistle given to him by his mother and, by nine, he was learning to play the uillean pipes. While he enjoys classical and jazz music, and has fond memories of playing the ukulele during his school years, traditional music was his first and truest love. As a teenager, however, his friends were more inclined towards American rock ‘n’ roll – specifically Bill Haley and the Comets, and Elvis Presley.

“I’d sometimes get a slagging from some of the lads as I went down the street carrying my pipes, but it wasn’t so many years before those slaggers were after me for concert tickets.”

“In the evenings the neighbours would come in and start to play. The windows would all be open with the music pouring out into the countryside. It was a time of grand house dances and hooleys that went on until we had to get ready for Mass in the morning.”

Moloney played in a number of acclaimed bands, including the Sean O’Riada’s Ceoltoiri Chualann, before he brought folk musicians Sean Potts, Mick Tubridy and Sean Keane together for The Chieftains’ first concerts and debut recording.

By day, he earned his bread and butter as an accountant, until he began managing Claddagh Records for then-Guinness heir – and loyal arts patron – Garech Browne.

“He provided the financial backing and I provided the shoe leather and got a good education in the process,” recalls Moloney, who produced more than 40 albums for the company.

The pair maintains their friendship, and today Moloney has a home in the Wicklow Mountains not far from Brown’s iconic Luggala estate.

It wasn’t long, however, before the band took flight.

In 1975, The Chieftains found themselves booked into Royal Albert Hall in London for a St. Patrick’s Day concert. Moloney took a bet that if the promoter could sell-out the 6,000 seat venue, the previously part-time band would go professional.

As it turned out, there was not an empty seat – nor a dry eye – in the house. At evening’s end the crowd roared for an encore, and the critics followed up with rave reviews.

“It was selling-out there that launched us internationally. We gave up our day jobs and from that point on we sold out Carnegie Hall and were ready to play anywhere.”

Since then, and with the official blessing of the Irish government, The Chieftains have roamed the world as cultural ambassadors, often receiving official welcomes at Irish embassies all over the globe. Not surprisingly, musicians have come and gone through the decades, and the scope of the once exclusively instrumental band has broadened to include vocalists and an array of dancers. 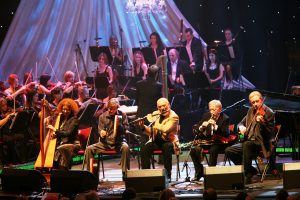 “Through the years we’ve always experimented, always tried to put together new sounds so that each show and each recording had something new to offer.”

The band marked its 50th anniversary in 2012 with Voice of Ages, an album of collaborations featuring aspiring young musicians, most of them not yet born when The Chieftains first assembled.

“I didn’t want to release a ‘Best Of’ album,” recalls Maloney, “but instead something live and fresh, to prove that we were still alive and kicking.”

The critically acclaimed recording featured The Pistol Annies performing a Scots-Irish love song, and The Decemberists’ terrific take on When the Ship Comes In – a Bob Dylan classic favoured by the legendary Irish singer Tommy Makem.

The Chieftains were the first western group to perform at China’s Great Wall, were also part of 1990s ‘Live at The Wall’ spectacular in Berlin. They were also first to give a concert at the Capitol Building in Washington, D.C., and Moloney had the honour of performing at a Ground Zero memorial service in the U.S. The band even sent a flute and tin whistle to the International Space Station with American astronaut Cady Coleman.

Reflecting on the longevity of the band, Moloney pauses briefly to remember past members – such as his longtime friend, the eccentric harpist Derek (Ding Dong) Bell, who played keyboards, oboe and hammered dulcimer. He is also quick to praise his current band mates. The Dublin-born, bodhran playing Kevin Conneff – with his old-style sean nos singing – became the band’s first vocalist when he joined in 1976. Matt Molloy from Roscommon, was raised on flute, tin whistle and drums, and played with Planxty before joining in Maloney’s troupe 1979.

“We will have a grand cast of musicians, singers and dancers on the road this year, and I am looking forward to every minute of it. I don’t expect to be slowing down anytime soon.”