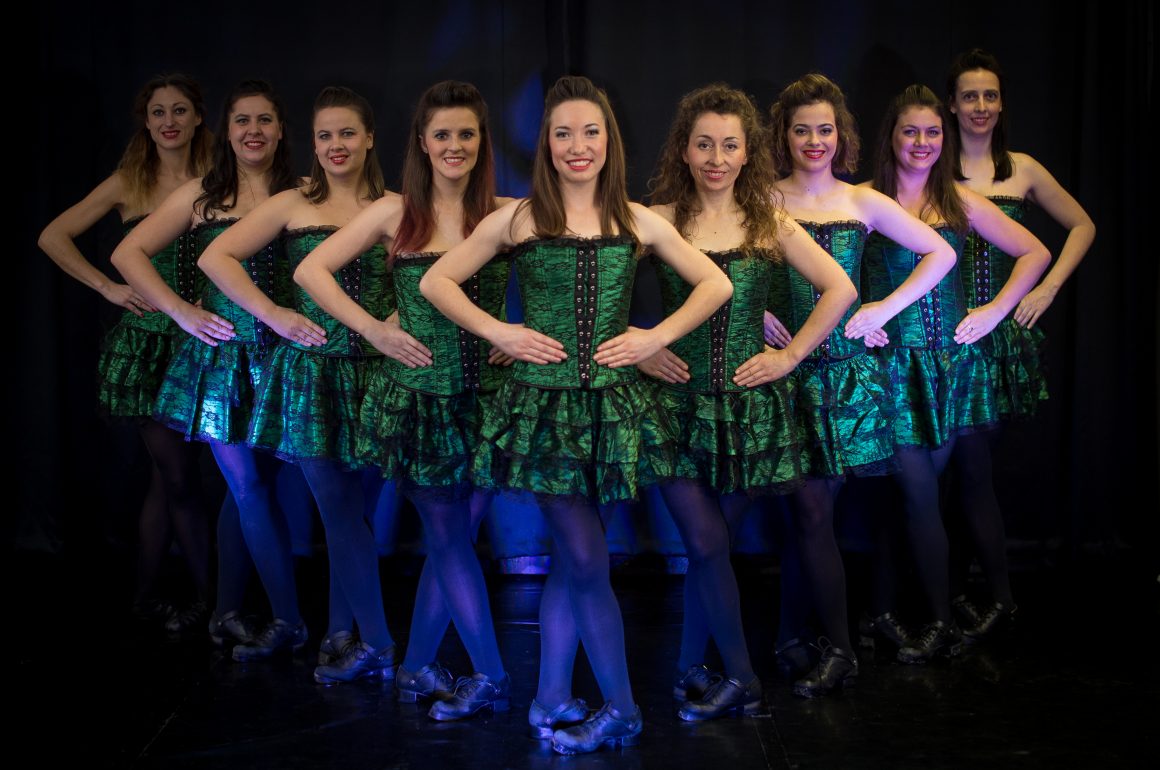 Born in Provence, in the south of France, Lucie Auburtin was exposed to dance at an early age; her mother ran an annual junior folk dance festival.

“I have been dancing since the age of three,” she shares via email. “When I was 15, we hosted an Irish dance school from Northern Ireland and I just fell in love with all of it – the dancing, the music, the rhythm…”

Her interest was further piqued when she discovered both Riverdance and Lord of the Dance on television.

As Irish dance schools did not exist in France at that time, she opted to go abroad at the age of 22 to improve her English skills, taking a position as an au pair in Ireland.

“It was my chance to learn Irish dancing. I soon met Pauline Fegan from Bray, County Wicklow. She was my first teacher, and I stayed in her school for two years, absolutely loving it because she was so wonderful.”

By the time she moved back to France, she was able to find an Irish dance teacher in Paris.

“Sarah Clark is a beautiful dancer, the former lead of Lord of the Dance. She introduced me to the competitive world of Irish dance. I became her teaching assistant and stayed with her for eight years.”

Although aware that most competitive dancers begin at a young age, Auburtin worked hard to catch-up, and saw results immediately.

“The highlights of my career as a dancer were qualifying and competing at the Irish Dancing World Championships in both solo and teams.” 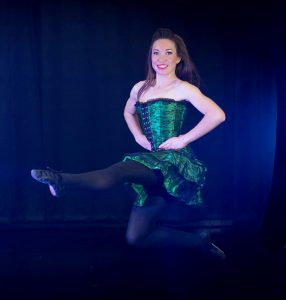 As well, she has danced on some of France’s premiere stages, including Stade de France and Bercy.

“I have also had the opportunity to perform with many of France’s finest musicians, including Lunasa. “

Relocating back to the south of France, Aubutin opened her own school of dance in Fayence, close to Cannes on the French Riviera.

“It has been over four years since I opened the Azur Irish Dance Academy, and it just continues to grow every year.”

Currently she has 80 students who range in age from two to 60.

“Nearly all my students are French. Some are learning for fun, while others are competitive dancers, but they all share a love of Irish dancing.”

Each year, many of her pupils take part in both feisenna and Irish dance competitions, and frequently perform in local shows and regional festivals.

“I love the fact that our students get to experience “the world” through dance by meeting dancers from different countries. Last year we went to Ireland, Belgium, Italy and Cyprus, and had amazing opportunities to share Irish culture.”

She has learned that she can only keep what she has by giving it away.

“I am teaching but I am always learning. As I used to be a competitive dancer, I know there is tradition, but that there is also an ongoing evolution in the steps in competitions. The way I see Irish dance now is that it can be both traditional and modern at once.”

Auburtin, whose parents were born in France and are of French, Italian, Polish and Vietnamese ancestry, is proud of her country’s Celtic corners.

“There is Brittany, of course, and the Celts remain present in other French regions as well. Celtic culture may not be as strong here as it once was, but it is still here.”

She does see a growing interest in Irish and Celtic music and dance, however.

“The issue has been that not a lot of people know about Irish dancing in France. When they get to know it, they absolutely love it. Thanks to productions like Lord of the Dance and Riverdance, that has changed greatly. We are also starting to see more Irish music sessions in pubs and celebrating St. Patrick’s Day has certainly become very fashionable here in recent years.”

“I really enjoy working with a big team of dancers and musicians and having the opportunity to put together performances for large audiences. It has been so rewarding to take it to the next level.”