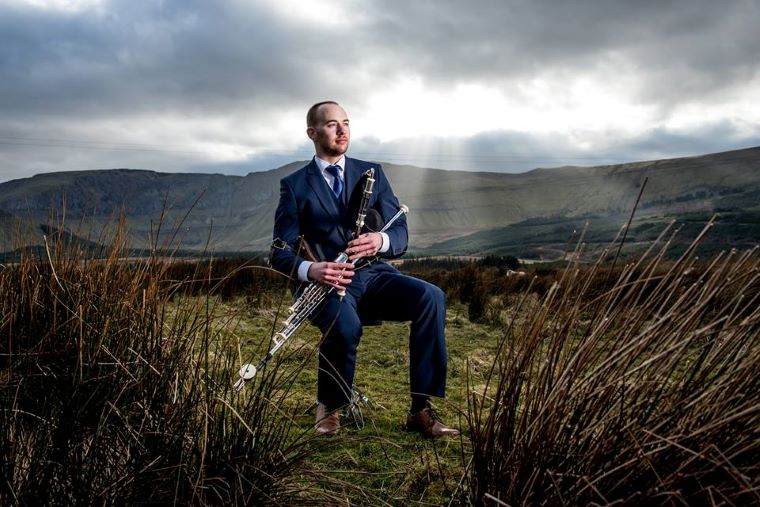 Richard Neylon has been playing music for as long as he can remember. His mother taught him to play piano at a young age before he took up the Irish whistle and flute, later graduating to the pipes.

“I was inspired to pick up the pipes when I first heard them in person,” says Neylon, who originally hails from Loughrea in Ireland’s County Galway. He is currently based in Connemara, a Gaeltacht (Irish-speaking region), also in County Galway.

“I was attending a music workshop for Irish traditional music in Loughrea. The teacher, a man called Eugene Lambe – who still makes flutes and pipes – was giving us Irish flute lessons. He took out the uilleann pipes to play us a tune, and I was immediately entranced. Although I had heard the uilleann pipes on recordings before, they just seemed that much more amazing in person – the volume, the intricacy of the fingers and the complicated looking ‘machine.’”

Neylon pestered his father about the instrument, and before long he had his first starter set. He has been playing them ever since – over two decades.

The uilleann pipes (sometimes called the union pipes) are the national bagpipe of Ireland, and Neylon notes that they are “widely regarded as the most complicated of bagpipes.”

“The word ‘uilleann’ is the Irish word for elbow,” he explains. “The air is pumped with a bellows attached to the elbow. The melody is played on the chanter, accompanied by three drones, and chords are played on the regulators using the wrist. My own pipes are made by two pipe-makers: Cillian O’Briain from Ireland, and Andreas Rogge, who is based in Germany.”

Pipes are very different from other musical vocations, Neylon adds, because “it’s not like other instruments where you can just go to the local music store and buy a new reed; each one has to be made to suit the pipes.” 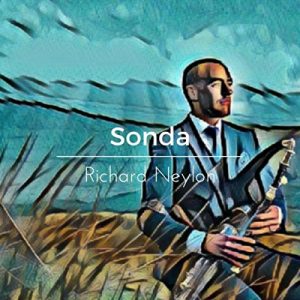 On top of that, a piper must learn to be handy with repairs.

“Being a piper, you have to learn how to care for the instrument and that means being able to make small fixes by yourself. The reeds in the pipes are very sensitive to changes in heat and humidity, especially when travelling. You always have to prepare for the worst when going on tour. That means bringing spares and having some sandpaper, a knife and pliers at the ready!”

Even after two decades of playing, he is still enamored with the art.

“I can take them out at home and play and just enjoy the sound that they make. There’s something so relaxing and meditative about it for me.”

“When the drones and regulators are all playing perfectly in tune alongside the melody of the chanter, it still gives me great pleasure.”

Neylon has a slew of piping accomplishments to his name: winning the All-Ireland Senior competition at the Fleadh Cheoil was one of his proudest moments. “It was a pinnacle of my playing career and it was great to get that kind of recognition from my peers. The fact that I won both the dance tunes and the slow air competitions made it all the more sweet.”

In addition, he looks back fondly on all his “firsts”: his first time playing in the United States, for example, and recording and producing his first solo album, Sonda, in 2018.

“In a review for my album last year, I was described as being ‘virtuoso, in the bygone style of fairground pipers.’ I would like to think I certainly came from a background of traditional Irish piping, but my style has changed and been influenced by many other cultures and genres. Today, I would describe my sound as a clean and pure type of piping -certainly leaning towards more modern rather than traditional at times, although another reviewer described me as being ‘memorable, old style, grand tunes and big sets of powerful piping,’ so I guess there is definitely the influence of the older generations.”

Neylon has a few recording projects in the pipeline for 2019, both as producer and artist, and he is looking forward to experimenting.

“The uilleann pipes are such a challenging instrument to play and master that, even now, I always feel I want to improve. I think I will always be that way. It continues to drive me.”