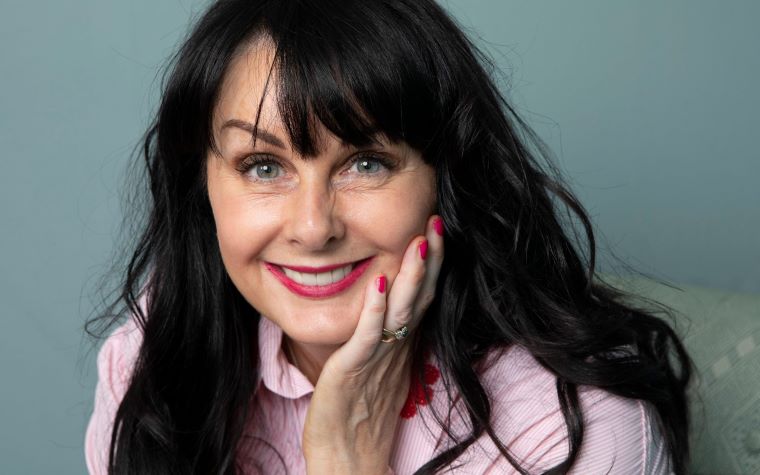 Over the course of her prolific career as a novelist, Marian Keyes has never written a direct sequel to any of her previous works. However, during the COVID-19 lockdowns – and unable to visit her own family – the Irish scribe reconnected with one of her earliest characters, and found some comfort writing about, once again, Rachel Walsh.

Tell us about your Celtic heritage. Where do you reside, currently?
I was born in Limerick, which is a city in the west of Ireland. When I was 22, I moved to London, and then I moved back to Ireland about 25 years ago. I live in a suburb of Dublin now, called Dunleary. It’s on the sea, which always makes people go dreamy-eyed, but it’s nothing like as delicious as it sounds. It used to be a ferry port, and the ferries don’t come anymore. But it’s busy, a really nice mix of people. I live very near where I was brought up; my mother, who is still alive, is within walking distance from me and two of my brothers. I really like it. I didn’t think I would. When I left Ireland at 22, I wanted to never come back. I wanted bright lights and glamour. But I outgrew it; I really love living here now.

At what point did you want to become an author?
It was never part of my plan. I studied law in university, and as soon as I qualified, I delighted my parents by leaving Ireland, going to London, and getting a job as a waitress. I just didn’t want to have a regular life, but I had no real idea of what I wanted to do. And, unbeknownst to myself, I was a drinking alcoholic. I didn’t know I was, because I was a woman in my 20s, I had a job, and a flatmate – all the things that ordinary, middle-class people had. But just shortly after my 30th birthday, things began to get far worse very quickly. There was one afternoon, when I should have been at work and I was at home with yet another hangover, and I had read a short story in a magazine that had won a prize. Something in it kind of appealed to me. Made me feel that I could attempt something similar. There and then, I wrote my first short story. It was the first thing in my life I felt I’d ever been proud of. Over the next four months, I wrote several more. I ended up going to rehab in January of 1994, and when I came out, I remembered the writing I had been doing – how it made me feel, and the joy it gave me. That is how it all started. And then I got a publishing deal very, very quickly, which is unusual. I was lucky, because if I had been rejected early, I’m not sure if I’d ever had the confidence to try again. 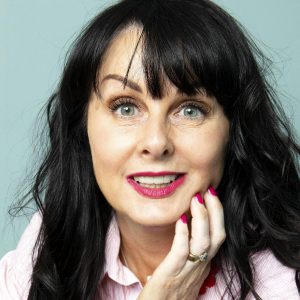 It sounds like there’s some crossover between Rachel’s Holiday and your own life experiences.
That was the third book I wrote. It was so interesting to find that if I – a young woman who was educated, had a job, and all the infrastructure of a middle-class life – am that person, and an alcoholic, it means that addiction is not something on the margins of life. People with all kinds of addictions are walking around and trying to manage their lives, wondering why it’s all so difficult. I wanted to write about addiction as something that’s very mainstream. And about the denial that goes with the condition, because I was in massive denial when I arrived at rehab. I honestly thought that I drank the way that I drank – which was a lot – but that it would be temporary, and that when things improved in my life, I wouldn’t need to drink so much. That’s kind of Rachel’s attitude, as well. It wasn’t something to worry about. It’s about moving from denial to realization. The rehab in the book, the Cloisters – which appears in Again, Rachel – was sort of a tough love place. It was inspired by The Rutland Centre, which is where I went. In other ways, Rachel isn’t me. Our drug of choice was different. I lived in London, she lived in New York. Our educational backgrounds and places in our families had been different. But the mindset of an addict was almost identical.

Again, Rachel is your first sequel.
It is my first sequel, and I always said I would never write one, because it always made me feel a little bit uncomfortable. It felt like I was short-changing the reader. For me, it just felt a little bit cheeky. But I think enough time had passed that I felt it would be an entirely new story. A storyline came that I thought would work for Rachel and Luke. I decided I’d give it a go and started writing it as the first lockdown kicked off here two years ago. But I made a deal with myself; if the book felt half-baked or not quite good enough, I’d abandon it. And here we are now, with Again, Rachel on bookshelves. It became my friend really quickly. I believed what I was writing about, which was a massive relief. I couldn’t see my own family during that time, but I could write about the Walsh family, who have featured in several of my other books. They were nearly as good as the real thing. I was so grateful to have the book to write.

What do you think will resonate with the current generation of young, modern readers? And do you think there’s been a cultural shift that makes now a good time to talk about addiction and coping again?
Yeah, maybe. In Again, Rachel, she’s now working as an addiction counsellor in the Cloisters. One of the things I really liked about writing Again, Rachel was writing about the group therapy sessions she has. There’s still an urge in us all to regard addiction as a moral failing, rather than an illness or a response to trauma. I still think we have some work to do. We still try to ‘other’ addicts because we’re afraid of it happening to us. But the attitude towards addiction has widened. Now, people understand that you can be addicted to sex, to food, to spending money, or to gambling. But it’s hard for people’s first response to be compassion. “Why don’t they just stop?” As if anybody would live that way if they had any say in the matter. So, there’ve been some changes, but we’re not there. 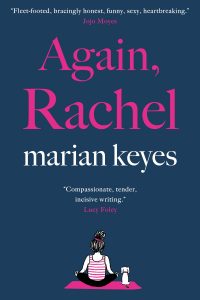 How is that reflected in the book?
Well…I’d be giving a spoiler if I told you. Something does come up for Rachel, and it’s very handy that she’s working with addicts all day long, because in those circumstances, it becomes impossible to hide her own truth from herself. I know that’s a cagey answer.

Will you revisit Rachel again down the road?
Maybe not Rachel. But you see, in that family, there are five sisters, and I have written about all five of them. And it’s so odd; after resisting the whole idea of writing a sequel for 25 years, I’m now very drawn to doing another one, with one of the sisters. It’s incredibly nice, being back in that world. I think the pandemic has changed so much for so many people. Now, I’m craving comfort, the familiar. One of the sisters is named Helen, and I’d really like to write her story now. And I’d be writing it as much for myself as for the reader.

Does Again, Rachel tackle mental health and addiction from a uniquely Irish perspective? Or is it more universal?
That’s…a big question! My response is that Irish people cope – with pain, trauma, or loss – with humour. It’s our go-to, and in many ways, it’s very useful. It makes it possible to talk about something that would be unmentionable if you spoke about it as it really was. The Walsh sisters communicate with each other by insulting each other, in a humorous way. That’s very much how me and my siblings communicate. Another thing Irish people will do, we find it very hard to say “I” was assaulted. They’ll say, “you’re finding it hard to sleep.” We talk about ourselves in the second person, almost third-personing it. It’s connective; it’s a shared thing when that kind of language is spoken. But I think most countries have terrible difficulty articulating their pain.

Where does our cultural attitude towards trauma need to go, moving forward? And are we on that path today?
I believe a big effort is being made, especially with our younger people. To let them know that it’s okay to not be okay. But a lot needs to happen across the board, and it involves countless individuals taking risks – speaking out and articulating their stories. For “unlikely” traumas to be discussed; for men, let’s say, to talk about their experiences with anorexia. Every time someone in the media mocks a person for speaking out, they should be absolutely across-the-board called out for it. We should not stand for it. Younger and younger in schools, kids need to be given language to speak about uncomfortable feelings. It’s on us all, to be honest when we’d prefer maybe not to be. We’ve all got to be braver.