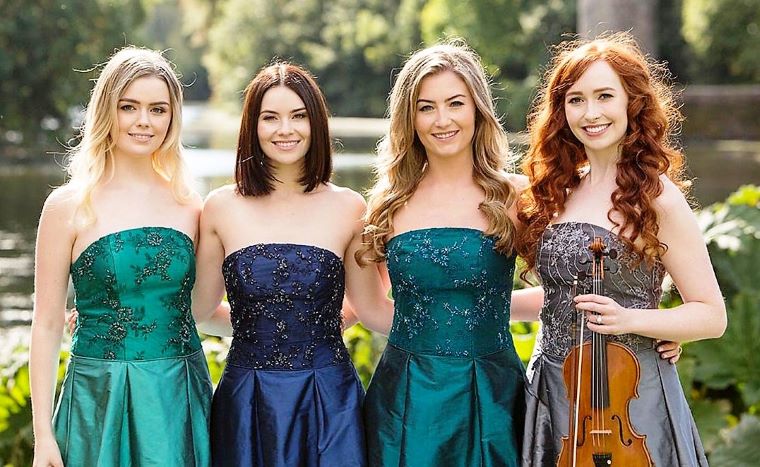 Even before joining Celtic Woman, Megan Walsh was a big fan of the world-renowned Irish ensemble, and Eire’s rich musical heritage, since she was a young girl growing up in Navan, County Meath, Ireland.

“Irish music is such a huge part of Irish culture,” she shares with Celtic Life International via phone. “Everybody here knows the words to the classics, and they are sung everywhere. At family events, everyone is singing and playing traditional instruments – it is a big part of our culture no matter where you go here.”

Celtic Woman is the brainchild David Kavanagh, Sharon Browne, and former Riverdance director David Downes. The original incarnation of the group formed back in 2004, and made its debut the following year with a self-titled album, DVD, and a sold-out show at the Helix in Dublin. The group was lauded as “Riverdance for the voice” by Irish Music Daily and has been going strong since, with multiple best-selling albums and sold-out tours.

The quartet has evolved significantly over the years, with past members including the likes of Deirdre Shannon, Alex Sharpe and Susan McFadden. Méav Ní Mhaolchatha (known today simply as Méav), who sang with Celtic Woman from 2004 to 2008, is now the ensemble’s vocal director. 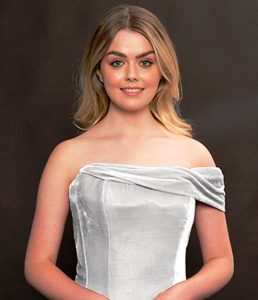 These days, Walsh joins Éabha McMahon, Mairéad Carlin and fiddler Tara McNeillin in the musical troupe. At age 21, she is not only the newest, but also the youngest member of Celtic Woman.

Walsh was born to a family of musicians and became passionate about music early in life, mostly thanks to her mother.

“My mom was a part of the local musical society in my hometown. She brought me along to one of her rehearsals and I just fell in love with it. From then on I was involved in nearly every one of their shows.”

Walsh also started performing theatrically, with roles in Les Miserables, Jesus Christ Superstar and Cats. She began classical vocal training when she was nine, and later studied opera. However, it is Irish music that really holds her heart.

“Irish music was such a big part of my family…

I grew up with it, so I always had a big love for it.”

Prior to joining Celtic Woman, Walsh performed and competed as a solo vocalist to audiences in venues such as The Odyssey in Belfast, Dublin’s National Concert Hall, and Carnegie Hall.

“Carnegie Hall will always stick with me as an incredible experience,” says the soprano.

She has even taken the stage at the Helix, where the original Celtic Woman performed its very first show.

“I am so blessed that I can share my love of Irish music with an audience. Even to be considered by the group was such a big thing for me.”

Walsh was in London studying at the Royal Academy of Music when Méav reached out to her. “She asked me if I could come and sing for them. I was so surprised and so excited that I rang my dad straight away and I was like, ‘You’ll never guess who’s contacted me!’”

Her father responded with tears of joy. “My dad’s a crier,” she says, laughing. “He was just so happy, because again, Celtic Woman’s music was always on in our house. He just couldn’t believe it!”

Walsh then flew to Dublin to sing for the producer and musical director. “And, I guess, that was it. The rest is history.”

She says that connecting with McNeill, McMahon and Carlin felt like a perfect fit.

“The first time I sang with the girls, it was like we had been singing together for years. It was just really easy, and our voices blended very well together.”

Although she is used to performing solo, she takes comfort in having other singers by her side.

“Being onstage, I have the support of the other girls behind me. It takes away from the nerves, because I am up there in a group setting.” 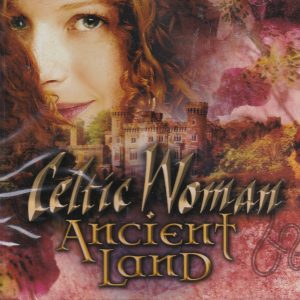 Walsh found herself recording professionally for the first time as the group worked on the recently-released Ancient Land album, spending time in Dublin as well as Real World Studios in South West England, where dozens of iconic musicians – including Loreena McKennitt, Van Morrison, and Beyoncé – have recorded.

“It was unbelievable. The people that we worked with were incredible. And to know that these amazing artists walked through those doors – it was an almost indescribable feeling to be there and be a part of something like that.”

For Walsh, the moving “Faith’s Song” – her second solo on the album – is a personal favourite. The track is a cover of a tune written by Amy Wadge.

“It is a very sad song, but it also evokes hope; you could be going through a hard time, but your heart is still beating and you are still breathing, and you can still carry on.”

She also takes the lead on the group’s stirring version of the American folk song “Shenandoah.”

Starting this Thursday, Celtic Woman will be touring across North America in support of Ancient Land.

“I love to travel, so I am very excited to see more of North America. I have only ever been to New York, so nearly every place I go to is going to be a new experience for me.”

Walsh adds that she’s thrilled to share this album of “earthy, worldly” songs with a audiences.

“It is going to be a mix of classics everybody knows, like ‘Amazing Grace’ and ‘Danny Boy,’ but there are also going to be new songs, along with a few fun surprises that I think the audiences are going to love.”

Current dates for the Ancient Land tour run from February 28 until May 23, with stops in both the United States and Canada.

“To be a part of all of this is really a dream come true.”