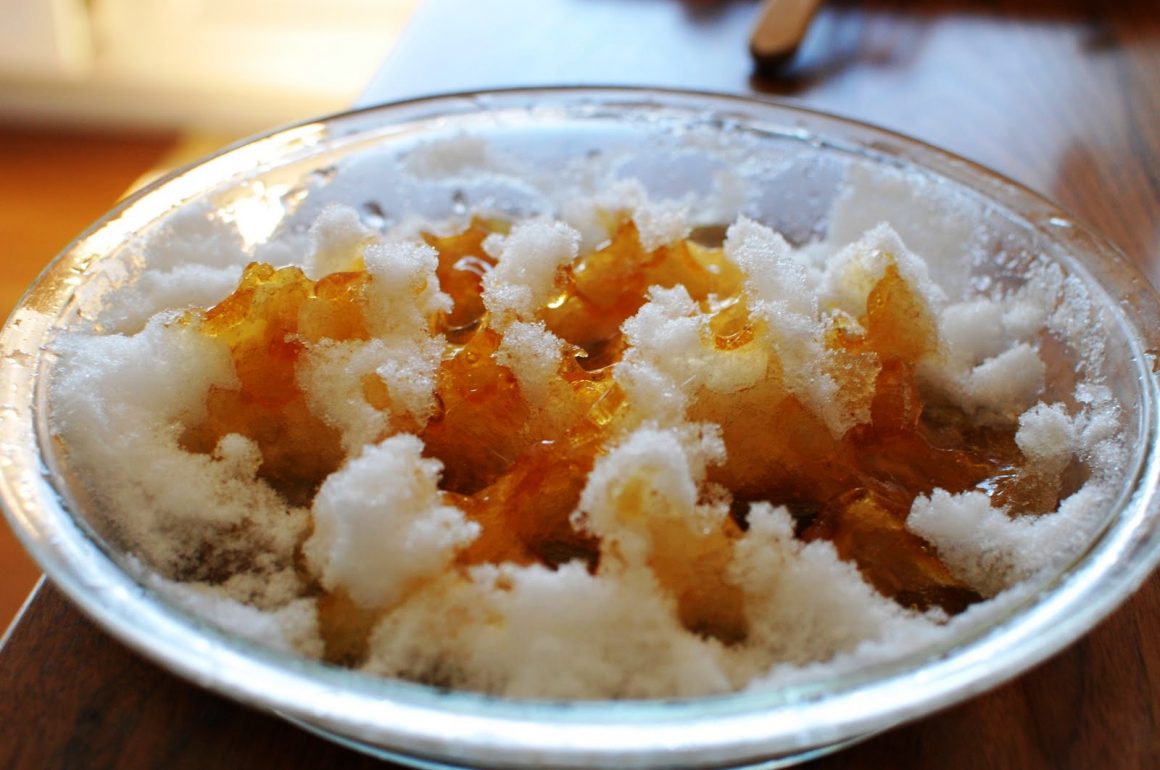 I recall some less-than-stellar cooking attempts with a little smile. My children were close in age and, as a result, there were many times that I cooked by the seat of my pants. Occasions often arose where, as a mom, I was expected to bring a treat, and I always kept a cake mix on hand which could be prepared into cupcakes. We would ice these dainties and decorate them with sparkles. Upon entering the room with our culinary contribution, anyone could tell it was obviously the work of a chef par-excellence. Making fudge was always fun as well; I would boil it to the “hard ball stage” though, sometimes, not long enough, and the fudge did not set. Not a bother, however; we simply grabbed spoons and placed the pan of molten fudge on the table and dug in. A veritable feast! I thought it would be fun to make a candy that cooled in the snow for our winter edition. What could be more magical this time of the year than watching children turn a hot molten mixture in a pot to a delectable dessert cooling in the snow – the best use of snow that I can think of!

Pour the maple syrup into a deep pot and bring to a boil (but don’t let it boil over.) Boil for 4 minutes. Make a snowball out of the one cup of clean snow and put it on a plate or small bowl. Test the syrup by pouring a small amount onto the snowball; if it clings to the snow and stops running, it is ready. Slowly pour the syrup in short, thin lines onto the packed snow in the pan. As it hardens, pick it up and eat it with a spoon or twist it onto popsicle sticks.