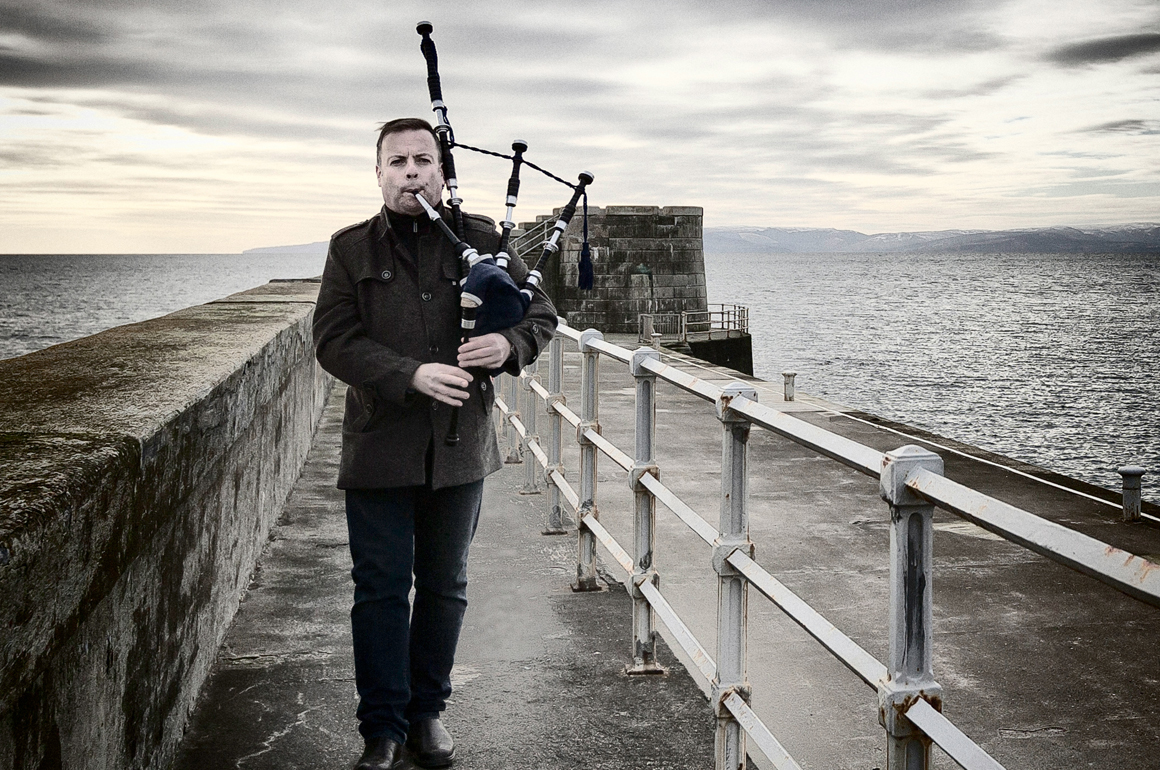 “I have always loved the sound of the pipes,” says Michael Gray from his home in Dundas, Ontario. “The moment I first recall hearing them are among my earliest memories.”

Though his father was born in Scotland and is of Irish descent, it was not until the age of 13 – when his family relocated to Toronto from Sherbrooke, Quebec – that Grey picked up the pipes.

“When you are not immersed in piping culture it is not always easy to find a teacher,” he explains. “It wasn’t until my mum heard a public service advertisement on a British brass band’s radio show that I ended up with lessons…good teaching in a group dedicated to fellowship and music.”

During the 1970s, Gray studied under George Walker, soon debuting in his first group, the Downsview Junior Pipe Band. Later, he had the good fortune of learning from a number of renowned pipers, including John Wilson, Bill Livingstone, John Walsh and Captain John MacLellan.

“I’ve been lucky to have had the very best teachers. The people who have directed me through my piping life have also been the source of many of the highlights.”

Today, Gray is well established within the piping world; his resume includes several solo compositions, six published books of music, and appearances and awards at an array of major piping concerts and competitions.

“Winning the World Pipe Band Championships remains unforgettable,” he remembers, “as was the show at Glasgow’s Royal Concert Hall last January that reprised the now-pretty-famous 1987 Ballymena concert recording of the 78th Fraser Highlanders Pipe Band. It’s interesting to reflect and see that it is the band, or team, accomplishments that stand out more than any individual victory.”

With Piobaireachd, Canntaireachd, and dance club tracks (at 130 beats-per-minute!) in his current repertoire, Gray now covers a wide swath of melodies.

“What is traditional? There are so many nuanced subsets in piping these days when it comes to ‘style and sound’.

“I’m very open-minded about all aspects of piping; I respect all the long-held elements of the music, while always trying to avoid the parochial or the slavish following of imagined correctness.”

While he acknowledges that is it vital to honour the history of the pipes, Grey notes that it is equally essential for current generations to connect with the instrument.

“Piping offers a great deal for young people. There is so much science now that tells us that music helps intellectual development and slows aging. And when you throw in the pipes as the music maker, well, it’s gold. From a purely educational perspective I think piping helps bring focus, and thus increased attention spans for kids. With so many distractions, this is surely needed more than ever.

“I know that wherever good piping programs are introduced anywhere, kids are genuinely attracted to the music of the pipes. And they stick with it; there are more pipers in the world now than ever before in history.”

Though that growth has been steady on an international scale, Gray believes that more can be done to preserve and promote the instrument at home in Canada.

“Think about it: from coast to coast the sound of the pipes is never far from a public event or important social occasion – many of these where participants have traces of Scottish – or Celtic – blood.

“We need leading exponents and enthusiasts to come together in a stronger lobby, one with a very clear focus. I think people like me need to do more – beyond just making music; it doesn’t take a highly paid PR person to come up with a case for the bagpipes and the culture associated with it. They almost speak for themselves – and loudly.”

Gray’s present focus is on his participation in piping performances – including the recent “Live in Ireland ‘87” concert that was set in Belfast’s Waterfront Hall on February 25. When not on the road or on stage, he continues to manage his production and publishing company, Dunaber Music.

“I would say the intrinsic beauty of the instrument, and the music it creates, keeps me to it.”