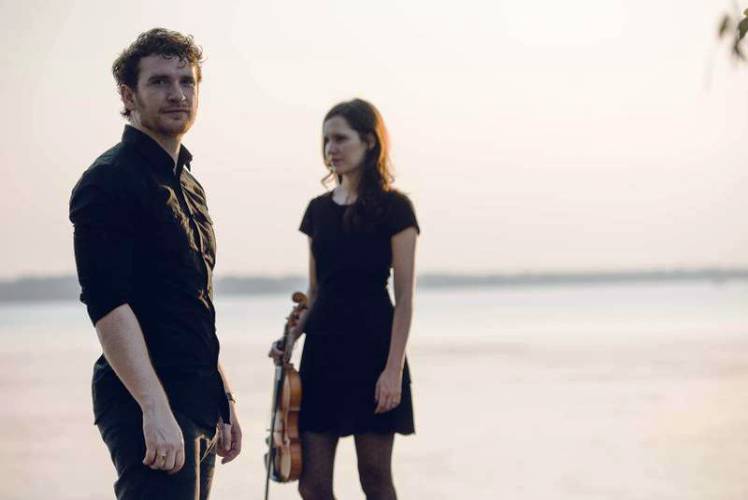 With a toddler and the equivalent of four full-time jobs between them, Alexis MacIsaac and Calum MacKenzie could be forgiven if they found it difficult to find the time to do a standard media interview.

But finding new ways of getting what they want done is nothing new to the couple, who eventually did this interview by email.

Known professionally as MacIsaac and MacKenzie, the fiddling and piano duo has been nominated for an East Coast Music Award for roots/traditional recording of the year for “The Bay Street Sessions, their first album together.

They live in Ottawa where they both work at full-time careers outside of music.

“I work in regulatory and policy development at Rail Safety, Transport Canada and Calum teaches Grade 5 elementary school,” says MacIsaac, 31, who plays fiddle. “It’s tough to juggle full-time work, music and family, but at the end of the day, you can always make time for the things you love.”

The two became a music duo after becoming a couple. They met through MacIsaac’s cousins while attending St. Francis Xavier University in Antigonish about 10 years ago.

“I ended up leaving St. FX to go on tour with Riverdance for a couple of years, but Calum and I stayed in touch and ended up together after I finished touring,” she said. “We didn’t start seriously playing together until we got married in 2015.”

Originally from Ottawa, MacIsaac spent her summers in Brierly Brook, Antigonish County and Cape Breton. MacKenzie, 32, who plays piano, is originally from Mabou, where he was heavily influenced by such musicians as Mac Morin, John Morris Rankin, Ashley MacIsaac and Rodney MacDonald. His father is from South Uist, Scotland and he’s spent part of his adult life in Scotland, playing with musicians there.

“I moved away from Cape Breton to be with Alexis who was finishing her degree at Carleton University,” says MacKenzie. “We go back home to Mabou every year as my father is still there.

“I hate to dance so we decided to write a tune as our first dance at the wedding and play it for our guests,” notes MacKenzie. “We called it ‘The Mabou Knot’ because we tied the knot in Mabou. That was really when we first decided to play music together, even though we had been together a while before that.”

Although they both play in the Celtic style, there were some initial difficulties in finding the right blend.

“Our styles are quite different, so even though we both played Celtic music, we never thought that our styles could gel,” said MacIsaac. “At first, it was challenging to find a balance, but then we discovered that through musical compromise, we could create an interesting sound. Even though there were growing pains in the beginning, it can be easy to play music together as a couple because you know each other so well and you can be really honest with each other.”

Once they began working together, they found common ground and a place to work from.

“We like to think of ourselves as a duo that plays traditional Celtic music but incorporates original compositions and modern arrangements,” shares MacKenzie. “It wasn’t really until I started playing with Alexis though that I began to consciously borrow from other styles of accompaniment, primarily Irish and Scottish styles, because that is what sounds best with Alexis’ approach to music.”

And sometimes, others try to join in the family band as well.

“It can be a bit challenging finding time to practice with a toddler though. Our son, Cillian (who’s a year and a half), always wants in on the action, so we have to be efficient with our practice time.”