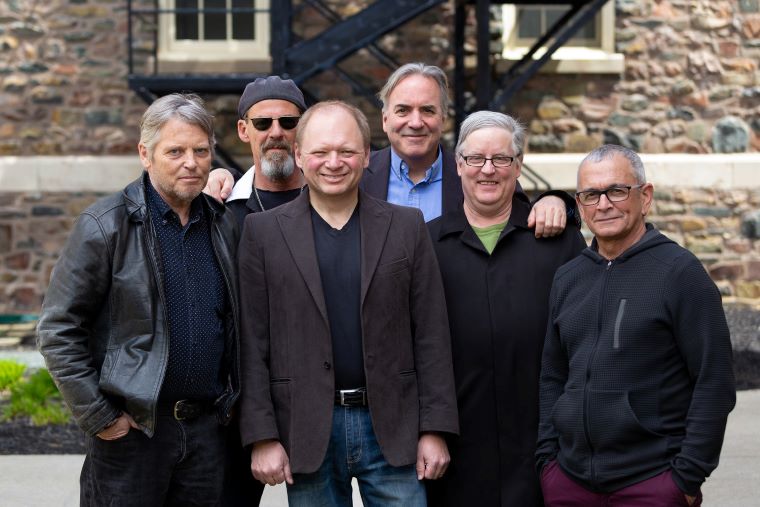 Rawlins Cross took their name from an intersection in St. John’s, Newfoundland. The moniker is fitting, as the band is made up of an intersection of people from across Atlantic Canada.

If you have set foot in the Maritimes at anytime over the last three decades, then you have likely heard their music. The group’s 1993 single, Reel and Roll, is practically the unofficial Atlantic Canadian anthem.

“I was always looking for that magic riff,” notes guitarist Dave Panting, who spoke with Celtic Life International over the phone from St. John’s, joined on the line by fellow founding bandmate, Ian MacKinnon, in Halifax, Nova Scotia.

“Reel and Roll was almost rock crossed with Irish folk,” he continues. “Basically, I was just trying to write a fun song about having a good time. Without meaning to sound immodest or anything, I feel like I got that particular thing right.”

Before their success, the sextet cut their teeth in local and area bars.

“We were originally more of a traditional cover band,” says MacKinnon. “Over time, we morphed into writing original music. Dave and Geoff (Panting, keyboards) have been the primary songwriters of the group since the very start.”

“We tried out a whole lot of folk music,” shares Panting. “Jambalaya, Bob Marley’s Stir It Up with pipes. We were a little whimsical about it, but oddly enough, as soon as we started doing our own stuff, the interest really took off. I was as surprised as anyone.” 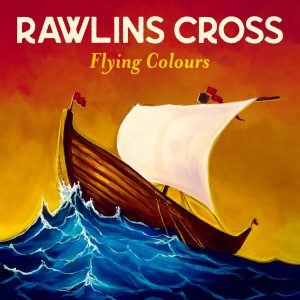 “If you’re going to make a career in music, you’ve really got to be creating original material.”

The group currently consists of MacKinnon and Brian Bourne from Halifax, the Panting brothers from Newfoundland, lead singer Joey Kitson from Charlottetown, and drummer Howie Southwood from Aurora, Ontario. They have been active since 1988 to today, though the members did take a break in 2001 to focus on other priorities.

“Dave, Joey, and myself had very young children at the time,” MacKinnon elaborates.

“Touring full-time as recording musicians means a lot of hours on the road, as that is where you really generate your income and move your career forward. It was fun, but it was getting pretty tough for all of us.”

“There was no commitment to getting back together at the time, so it was just, ‘it’s been a great run, guys – see ya’ later,’” explains MacKinnon, adding with a chuckle, “Fast forward to 2008, and what I call the ‘Modern Era’ of Rawlins Cross.”

The Atlantic rep for Warner Music approached the group about making a compilation album, and that was enough to get the reels rolling again.

“We thought, if we are going to get together to do a compilation, what about getting back in the studio and recording a couple of brand-new pieces of music?” continues MacKinnon. “We really enjoyed being back together again, spending time with each other, creating, and realizing that we still had some things to say.”

Eleven years later, and Rawlins Cross is still at it. And though they are not full-time these days, the band still manages to perform a few dozen shows across Canada each year.

Their fan base seems to be as strong as ever and now includes audiences of all ages.

“We are meeting a lot of people who had been introduced to our music over the years by maybe an uncle or an aunt or a father or mother,” says MacKinnon. “These younger people are coming to see the band for the first time and are enjoying the experience.”

Panting interjects with a laugh, “We actually heard someone say, ‘my nan loves your stuff.’”

In partnership with Ground Swell Music – a Halifax-based label that MacKinnon shares with producer Jon Landry – Rawlins Cross is crossing Atlantic Canada for a 30th anniversary tour, starting in October.

“The band is playing better than ever,” says Panting. “And we aren’t just trotting out stuff that we have done forever – we are always evolving, and we always have new things to offer listeners.”

“It will be a mix of our older hits and our new material,” adds MacKinnon. “And we have a huge amount of fun on stage – it’s a pretty entertaining evening for all of us.”