The Theatre in the Hills 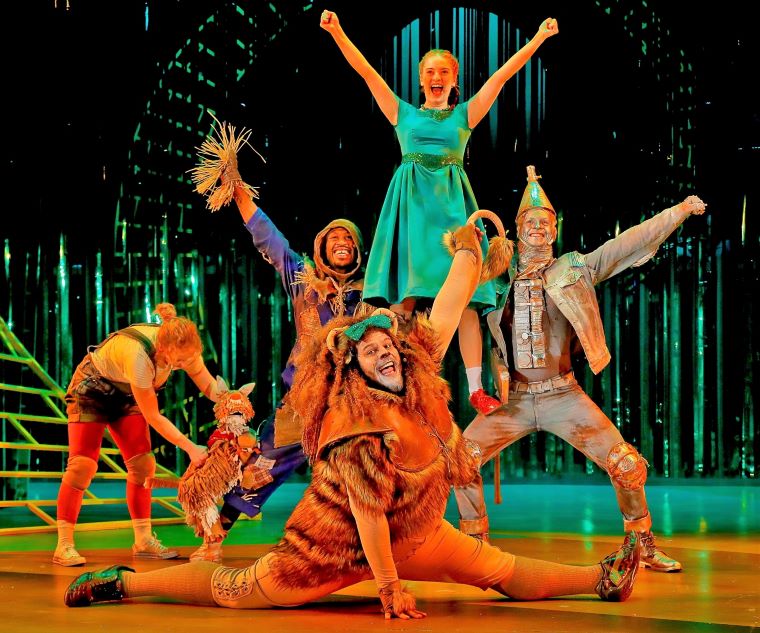 The Shoogly Bridge – so called because of its propensity to bounce and sway in use – is the name given by locals to the suspension footbridge that links the town of Pitlochry on the north side of the river Tummel with Pitlochry Festival Theatre by the old ferry port of Port-na-Craig on the waterway’s south bank. I crossed the bridge several times this summer. On each occasion I paused mid-span to let the oscillations subside and to watch the salmon in the water below head upstream to negotiate the salmon ladder at Pitlochry Dam before heading into Loch Faskally and beyond. I feel a real affinity with this part of Scotland, having spent many years fishing its rivers and photographing its wildlife. It engenders a sense of escapism, and it may be for that reason that I return most years to see productions at what has become known as the Theatre in the Hills.

Pitlochry Festival Theatre attracts visitors from all over the world, though few appreciate that its origins are as shoogly as the bridge they cross to get to it.

During the 1930s John Stewart was a member of The Curtain Theatre that operated from the drawing room of a large townhouse at Woodside Terrace, Glasgow. Sadly, it closed its doors in 1939 when WWII broke out. Stewart, who was a director of the well-known Skerry’s commercial colleges – with premises throughout the U.K. and Ireland – was not prepared to put his passion for theatre on hold when, in the darkest of hours, lighter moments were desperately needed. In 1940, the year before Luftwaffe bombers unleashed the Clydebank blitz, he launched The Park Theatre in the building next door to the former Curtain Theatre. Known as Glasgow’s First Little Theatre, it hosted a string of plays and events throughout the war years and beyond. In 1946, Stewart appointed his friend Kenneth Ireland as General Manager and together they saw the small theatre through to its final performance in 1949. Stewart, who was harbouring a vision for a ‘festival of theatre’ in Scotland, wanted a larger venue in Glasgow. However, back then such dreams were considered a distraction and a frivolous use of much-needed building materials. Frustrated by what he regarded as the machinations of bureaucracy Stewart, in his closing speech at The Park Theatre, prophetically announced, “Glasgow’s loss will be Scotland’s gain.”

Stewart knew Pitlochry and the pull that it had as a quaint Victorian spa town and a gateway to the Highlands. In 1944 he visited Pitlochry with Ireland and an eye towards the future. In fact, sometime during the latter years of the war he hid a piece of paper by a marker on the banks of the River Tummel. On VE day – 8 May 1945 – he is reputed to have recovered the note on which he had written, 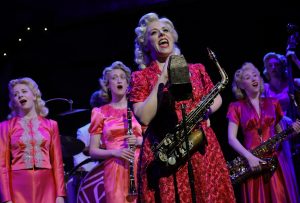 “When peace is declared I shall return to this spot to give thanks to God and to establish my Festival.”

In the same year, Knockendarroch – a large Victorian mansion in Pitlochry with over four acres of grounds – caught Stewart’s attention. He purchased the property and founded the Pitlochry Theatre Company. His dreams of building a theatre were quickly thwarted, however, when the Ministry of Works declined to grant a licence for the project on the basis that construction materials were scarce, and the works were not essential. Undaunted, Stewart visited tent structures at both Regents Park in London and the Arena Theatre in Birmingham, soon embracing the concept of a theatre in a marquee. On this basis, the Ministry of Works capitulated, a licence was granted, and Pitlochry Festival Theatre held its inaugural performance on May 19, 1951 in a tent on the grounds of Knockendarroch House; the British premiére of Maxwell Anderson’s Mary of Scotland. At the launch, Tom Johnston, chairman of the Scottish Tourist Board, spoke of Stewart’s determination, “This theatre is a monument to one man’s courage, one man’s persistence and one man’s great faith.”

Already bearing heavy financial losses, disaster struck towards the end of the theatre’s second year when a storm ripped the tent apart. Faced with possible bankruptcy, a non-profit society was formed and Stewart signed over his house, land, ancillary buildings and the damaged tent. In exchange he was permitted to remain in his home. He was appointed Festival Director and Ireland was appointed Company Secretary. Despite the setbacks, Pitlochry Festival Theatre had already established itself as an important player in the local arts scene and as a tourist attraction. Following a profitable third season and successful funding appeals to public and private donors, enough money was raised to enlarge the theatre, combining semi-permanent additions with the original tent structure. The result was a five-hundred-person capacity theatre that would last almost three decades.

By the early 1970s the theatre had outgrown its premises. It was attracting large numbers of visitors, but its quirky appeal was falling behind modern expectations of a theatre experience. After considering many options, a site at Port-na-Craig was chosen for a permanent theatre and, in 1981, Pitlochry Festival Theatre opened the doors of its new, purpose-built home. Sadly, Stewart never saw the new building, but he did live long enough to see his dream of a Festival Theatre established in Pitlochry before he passed away in 1957. Ireland however, succeeded Stewart as Festival Director and continued to shape the theatre until 1983. Today, Stewart’s vision and the tenacity of the dynamic duo in realizing that dream continues apace. Additional offices and workshops have been constructed and, at the turn of the century, a major program of renovation and redevelopment was instigated. Last year, a commitment from the Scottish Government of £10m to part-fund a further £25m expansion plan will enable the theatre to enter another phase under the guidance of its new artistic director, Elizabeth Newman. 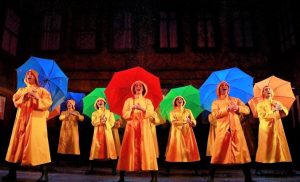 And while Pitlochry continues to attract visitors from across Scotland and further afield, the challenge is to engage the Theatre in the Hills with people beyond the confines of picturesque Perthshire.

To that end, Newman’s plans include taking productions to venues across the Highlands and Islands, and in spring 2020 Pitlochry will team up with the Royal Lyceum Theatre, Edinburgh to co-produce Neil Simon’s Barefoot in the Park. Other ideas involve youth work, writers’ workshops and accessibility to all aspects of theatre for everyone.

Stewart’s dream was to enable patrons to see ‘six plays in six days’ and Newman uses that as a mantra for broader ambitions that will underscore Stewart’s vision of a ‘festival of theatre.’

Theatre, says Newman, is needed now more than ever.

“The world faces great struggle at the moment, so each of this year’s dramas has been selected to investigate our world, challenge the status quo in some way and, we hope, bring great joy and offer much-needed hope,” she notes.

I saw three plays at the theatre this year, each by a different director. They were all enjoyable. However, it was Newman’s outstanding production of The Crucible – Arthur Miller’s allegory on McCarthyism told through the events of the Salem Witch Trials – that made me contemplate where Pitlochry Festival Theatre finds itself today. In a wonderful piece of theatrical design, a replicated section of the Shoogly Bridge hung in tension over the stage. It connected the play with the present time and place, served as a device to enable characters to arrive and leave, and provided a locale around which events unfolded. But, as with the real bridge over the River Tummel, it could both link and divide people and communities. The next day I stopped again on the Shoogly Bridge and looked at the whole scene; the theatre, the river, the dam and the bridge itself. I saw in that picture an allegory for the oscillating fortunes of a man and his dream: the waters that have to be crossed, the people and places that have to be connected, the suspended reality that is theatre and the often shoogly path to success. ~ Story by Tom Langlands