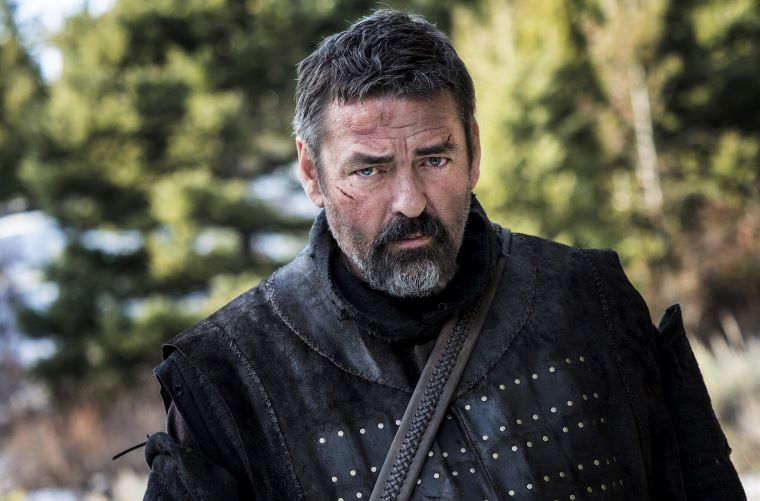 Any actor would give their eye teeth to play the part of a renowned historical figure on the big screen. Angus Macfadyen got his big break in Hollywood portraying the conflicted Robert the Bruce in Braveheart, opposite Mel Gibson, in 1995. The Scottish thespian has taken many other roles since then, but this year, he returns to star in Robert the Bruce. Recently, Macfadyen answered our Celtic Questionnaire.

What are your own roots?
I am from Scotland, born just outside of Edinburgh. But my dad was a World Health Organization doctor, so he traveled a lot when I was a kid, and I moved around for many years – as Celts do – and ended up at Edinburgh University eventually. I would have stayed, but job prospects in Scotland in the arts were pretty bleak back then – and remain so even to this day. So, I once again found myself, as a Celt, packing my bags and heading for wherever the gold was, in the hills somewhere – which just happened to be the Hollywood Hills. I have enjoyed my career for 25 years or so now. These days, I live in Panama on an island. I am not a big fan of cities, and I have sort of isolated myself here for several years. However, it is not that very different from Scotland in some ways.

How did you first get into acting?
I was studying to be a politician or a diplomat and, one day, a voice just stopped me in my tracks and said, “don’t keep walking down that path.” And so, I listened to it and changed my field of study from international relations and politics to English and French. More importantly, I started doing the other thing I loved, which was theatre. I suppose it is sort of the same thing, as politicians basically lie, and actors basically lie. But one of those professions is only about the lining of one’s pockets, and the other is about entertaining people. So, I think I made the right choice. 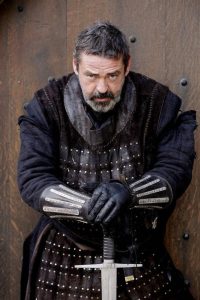 Filming Braveheart must have been an incredible experience.
It was extraordinary for me, as a young actor. That was my first Hollywood movie; it was awe-inspiring to see filmmaking on that level, with gigantic tents, and thousands of people walking in and out the other end dressed as soldiers. There was another tent with thousands of shields and swords, and yet another tent with thousands of tables for people to eat. It was like a mini city. And then the film, of course, did very well, and inspired the Scottish people. We were in the cinema and we were shouting “Freedom!” And the SNP, the Scottish Nationalist Party, were very clever; they were handing out leaflets afterwards, saying we should get independence now. It reignited the independence movement, and within two years we had a Scottish parliament. It might be one of those rare moments where a film actually had a huge impact on the political landscape of a country. And that was part of my reason for making Robert the Bruce now – because we have faulted in some ways. I felt like if that could happen once, it could happen again, and I wanted to be part of that push towards independence.

You co-wrote the new film.
Yes, I had a story I wanted to tell – the rest of the story. What happens after William Wallace? It is kind of important; Robert the Bruce becomes the King of Scotland and makes Scotland free. But I couldn’t get the money together to get the actual film made for over a decade. I think the first version was written in 2006. By 2017, we were finally making it.

What story do you tell in this film?
This is the lost period of Robert Bruce’s life, when his grasp exceeded his ambition: he lost battle after battle, and his army became smaller and smaller – like a guerrilla force, hitting and running in the hills of Scotland, and eventually hiding out in the caves of the Western Isles. Although we don’t really know much about that time, it is the mythical section which interested me; where he goes into a cave as a defeated man and self -isolates, and comes out ready to face his destiny and become the king. I didn’t think he would be able to do it himself. I imagined that he might have been wounded. And certainly, with the bitter cold, how would he survive? He probably would have been helped by some very poor Scottish farming community – maybe a family. And thus, I created this family of three children who had all lost their fathers in war, fighting for William Wallace and Robert the Bruce. They probably would hate this man – after all, he was the reason they lost their fathers. They can either choose to protect this man, or hand him in – there is a price on his head, so they can become rich. Or they could shield their king. That is the dilemma of the story, which was a bit of a poetic license. It has a “high noon” quality to it, because he is a wanted man.

Is this an actual sequel to Braveheart?
I don’t like that s-word. I think it is entirely different from Braveheart. It is much more about the consequences of violence, more than about war itself. People who come looking for giant battle sequences will be disappointed, because that is not what the film is about. It is about Scots being turned against Scots. They are in strife – civil war. Mother Nature, and the despair of the Scottish people turning against each other, those are the real enemies in this movie. 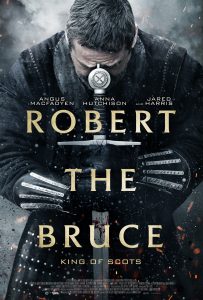 What was it like, playing Robert the Bruce again, after 25 years away from the role? And how did your approach to the character change for this film?
Age actually helped me, as it has been a long time. I was a young man of 30 then, with all of the arrogance and the bluster – that was very much what Robert the Bruce was back then. However, time kind of knocks the stuffing out of you. That happened to Robert, and it also happened to me in the sense of trying to get this film made for so long, after so many years. I went through the same kind of ordeal as Robert the Bruce; being despaired and practically giving up. And then, the film just came together out of the blue, and the time was right. It really reflected my own journey in that sense, and so it was almost like I didn’t have to act, quite frankly. It was like getting into a pair of old shoes.

What do you hope viewers take away from the movie?
Well, I think it is really an anti-war film. It is about the consequences of violence. It is also about this family – people who are ravaged and destroyed by war, and how tragic that really is. You fear for the family, and you fear for them in this particular situation. The movie really brings the war home in that regard.

What is next on your creative agenda?
I have two Shakespeare films: Henry IV, in which I play Falstaff, and the other – which is just about to be released – is Macbeth Unhinged, my version of Macbeth, which has also taken an unusually long time to make – about six years.

Where can people see Robert the Bruce?
Currently it is on iTunes, Apple TV, and P.O.D. It will be available on DVD in June, I believe.