Running with the Morrigan 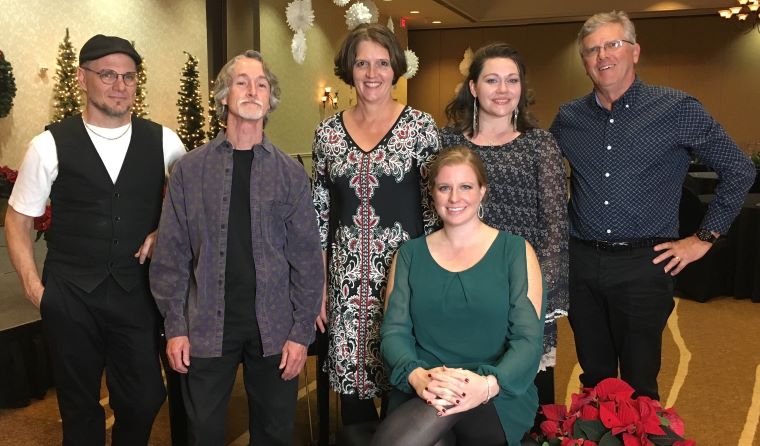 The Selkie Girls have been producing folky covers and hauntingly beautiful original tunes since 2013. The band’s name is a bit of a misnomer, as its members aren’t all women. Comprised of Dave Ervin, Jaycie Skidmore, Joel Black, Martin McCall, Linda Mudd and Alli Johnson, the group recently released their latest musical effort, Running with the Morrigan.

“My mother is a songwriter, singer and instrumentalist,” shares Johnson, the group’s lead vocalist and rhythm guitar player. “She provided my first musical education. Later on, I grew to love music on my own terms: pop, rock, folk, and musical theatre. I sang in choir and performed in musicals. Then I took up piano and, in high school, the guitar. When I played music, the world went away, and I discovered a joy and a truth that was unparalleled. I also played because people loved it, and that felt good.”

The youngest of four siblings, Johnson’s love of music grew quickly: as a teen, she began performing professionally in venues around her hometown of Dallas, Texas, before forming the Selkie Girls. In 2015, the group won a Celtic Radio Music Award for their version of “The Gaelic Song.” These days, with five recordings under their belt, they have made a solid name for themselves performing the Texas Celtic festival circuit. Although some band members have come and gone, the original core group of six has remained consistent since the start.

“The music has evolved, also,” says Johnson. “We began with a simpler sound in some ways: hand drums, bodhran, a guitar and minimal bass. Some of our best tracks from the first albums were the simpler ones like ‘Parting Glass,’ which has a very sweet acoustic sound. The harmonies, which we consider one of our best components, have always been strong.”

The band became more ambitious and adventurous over time, she shares, with greater emphasis placed upon composing original material. 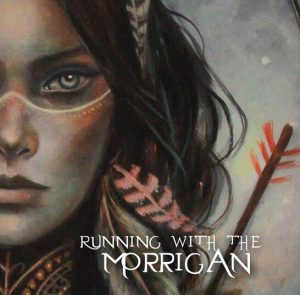 “Our current sound is a bit moodier…a bit more complex. We have experimented with more mandolin, bigger drums and more obscure songs. I have loved every incarnation of our songs and one of the things we take pride in is the huge variety on each of our albums. The new album is no exception – lots of musical diversity, but entirely the Selkie Girls sound.”

“His blood, sweat, and tears went into this recording, and we are immensely thankful for that passion. We wanted to take our time with this one and really explore our sound. So that’s what we did – it was about two years in the making. We still ended up rushing final production to release it in time, but we made it.”

For Johnson, Smeorach Chlann Domhnall (the lead-off track on the album) is a personal favourite. “I struggled with the vocals on that, and it took a while to get the exact tone I was going for,” she notes. “I had to find a way through that song that I could be proud of. And, by the end, I think I achieved it.“Another reason I love that piece is that it showcases everything that is wickedly cool about Scottish Gaelic music: it is intense, percussive, and it speaks to the deep pride that one can feel for one’s homeland.”

She also loves their cover version of Archie Fisher’s The Final Trawl, where Ervin takes the lead. “He really crafted an original arrangement of this beloved song,”

Lawdy – which caps-off the recording – is a traditional American folk song where “everyone came up with really melodic and moving parts.”

Whether the Selkie Girls will be able to keep touring their album this year remains to be seen, due to the COVID-19 crisis. However, the hope is that the band will continue playing their music, one way or another.

“Maybe that means internet concerts. Eventually, we do hope the show goes on in a familiar form.”