The Irishman – Child of the Gael 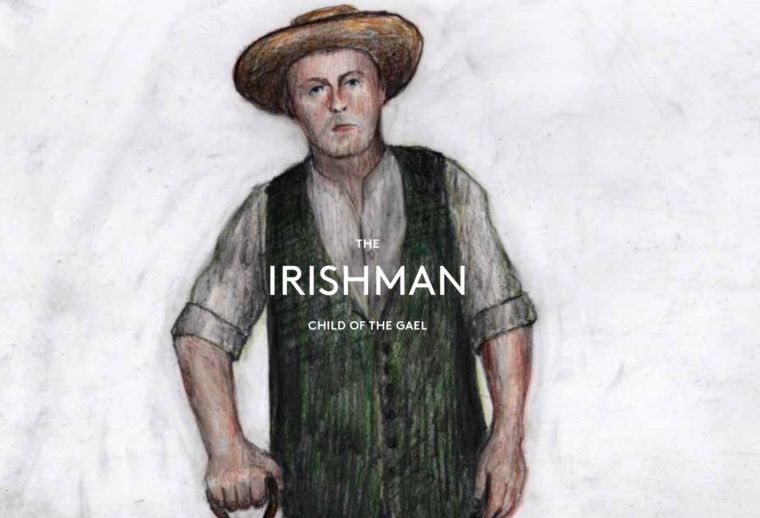 A multitalented storyteller, G. Scott MacLeod has been using a myriad of mediums – including film, music and visual arts – for decades. Born in Alberta, he was raised in Montreal, Quebec, where he currently resides.

“I was captivated by Mike’s presentation of the storytelling art form and his Co. Kerry accent,” MacLeod says of his friend and co-creator, who was born in Ireland but now resides in Wilton, Maine.

“As I got to know him, I discovered that he had learned the ancient art of the seanachie (storyteller/historian) tradition of Ireland as a child from his grandmother. Mike has maintained the custom by performing extensively for more than 40 years in Canada, the U.S. and Europe. Through this work, he has commitment hundreds of traditional Irish stories to memory.” 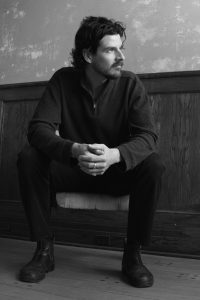 MacLeod himself has explored the topic of the Irish diaspora during the Great Famine through his own paintings: his 1995 exhibition The Starving Can’t Eat Stone and, in 1999, The Great Hunger. As he developed a friendship with Burns, a collaboration became inevitable, and Macleod aimed to adapt Burns’ stories to the screen.

“I got the opportunity to produce, direct and animate his untold histories of Canada when we received support from the Filmmakers Assistant Program at the National Film Board of Canada from 2012 to 2015,” explains MacLeod. “This funding enabled us to produce four short animated films based on his 2009 book of stories entitled The Water of Life (Chemin des Cantons). When we recorded Mike telling his stories from The Water of Life series, he was able to give us the stories in two flawless takes, one in English and one in French, with no script.”

Burns and MacLeod have teamed up on graphic novels as well, the second of which is the recently released The Irishman – Child of the Gael. MacLeod’s illustrations have been adapted from the animated film of the same story for the graphic novel. In The Irishman (not to be confused with the Martin Scorsese film of the same name), protagonist Sean recounts the tale of how his ancestors immigrated to Canada and continued to struggle settling into their new home.

“It has been an interesting journey because usually I tell traditional stories,” says Burns. “But as an immigrant myself, and, seeing the huge movements of people driven by war or need of recent times, the parallels are striking. Scott is taking up of the challenge of animating them, and now to recreate them again in another medium has been a true gift.”

From MacLeod’s perspective, Canadians know very little about the Irish contribution to the country’s history. He believes Burns’ stories could help change that.

“Specifically, they may help the public understand the impact that forced evictions and mass immigration have on people, their countries and economies.”

“The Irishman – Child of the Gael is somewhat foreboding, especially given the current COVID-19 pandemic, as the story touches on the Irish suffering from ship fever on their crossing, and the quarantine station and mass gravesite on Grosse Île in the St. Lawrence River.” 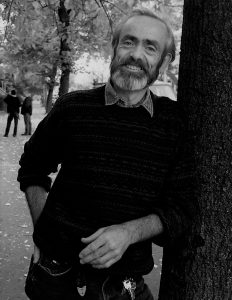 During the Great Famine, Irish people were crammed into ships for the 3,000-mile trip to Canada. According to Library and Archives Canada, many of these ships arrived in Quebec. They were made to stop at Grosse Île, where passengers were quarantined. Almost 5,000 Irish people died of “ship fever” (epidemic typhus) while in quarantine and many Irish orphans were adopted by French-Canadian families. Grosse Île remains the largest known Irish burial ground outside of Ireland itself.

“For the graphic novel, I had the privilege in December of 2019 to photograph and film the mass Irish grave site beside the Irish Commemorative Stone (Black Rock) and Victoria Bridge that the Irish help build,” notes MacLeod. “Both are featured in the film and graphic novel.

“Despite the brutal forced immigration and ship fever on the coffin ships, against all odds the Irish flowered into the fabric of Montreal, Quebec, Canada and further,” he continues. “The graphic novel is a testament to our Irish ancestors’ resilience and their place in the Canadian experience. It was a privilege and honour to do this work and I am grateful for the opportunity.”

The Irishman – Child of the Gael graphic novel was published in March, but the launch was postponed due to COVID-19. A launch will take place at Hurley’s Irish Pub in Montreal at a later date. In the meantime, the adaptation of the fifth story in The Water of Life series is in development.

“It is essential that future generations know this story.”