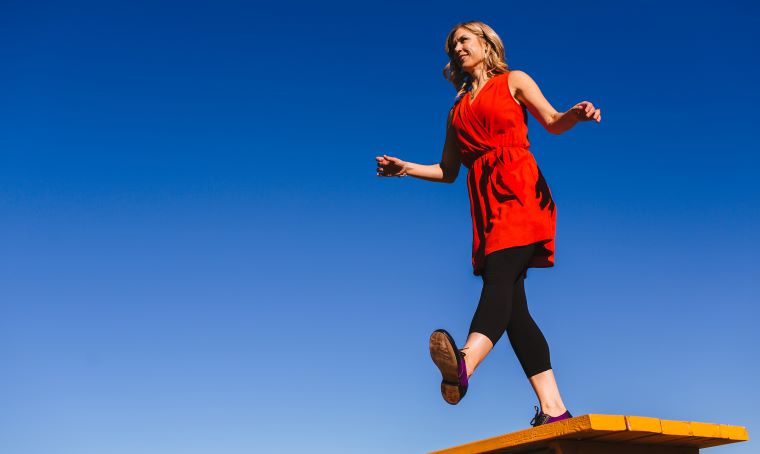 “There is a strong musical heritage in my family lineage,” shares the long-time native of Antigonish, Nova Scotia, via email.

“My grandfather, Hugh A. MacDonald, was a well-known fiddler here in Antigonish County. He was also referred to as the “Polka King,” and recorded Scottish fiddle music with the Celtic Music label on old 78 records. His mother spoke fluent Scottish Gaelic and sang in Gaelic. His wife – my grandmother – Winnie MacDonald, played the fiddle as well and accompanied him on the piano at dances, concerts, and ceilidhs. My mother, Janice, learned to play the fiddle and piano and later passed those down to me, my sister Kendra, and my brother Troy.”

MacGillivray took her first dance steps at the tender age of five.

“At the time, my older sister (Kendra) was a Highland dancer, and I, of course, tried to copy whatever she did. When I was old enough, I was put in dancing lessons. I was also brought to Highland dancing competitions when she started competing, and I would soon do the same. As we were a very musical family, there were melodies all around us all the time. We were brought to places where we could see and hear music from a very young age; concerts, square dances, ceilidhs and house parties. It was very natural to be inspired by the musicians and dancers that we were exposed to.” 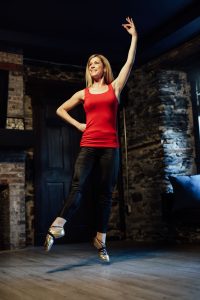 Today, she is considered one of the Atlantic Canada’s leading ambassadors of Celtic culture.

“I like to think that I am inspiring the next generation to continue in the traditional styles of both Highland dancing and Step Dancing.”

When she isn’t flinging and lifting, MacGillivray dedicates her time teaching the ancient art, and is considered one of the premier educators in the field.

“I started teaching when I was 16, so I have more than 25 years of instructing under my belt. It was a nice little job while I was in high school and university, but over time, it has become much more than that. Working with my own group of my dancers not only gave me a creative outlet, but also offered me the opportunity to develop dancers to the point where they could join me on stage. I love to learn the ‘old stuff’ and pass on what I have picked up. It feels like I am doing my part in preserving the tradition.

“I have a wide range of students, between the ages of four and 18,” she continues. “I get to watch them grow from early school ages to the time they head off to university. They become poised, athletic, strong and graceful dancers, with solid work ethics.”

Recently, she took her career to the next level, releasing an online step dancing video series.

“It was a challenging start to say the least,” she admits. “I spent 2 years collecting and buying the right equipment and technology to record the videos and audio. Then I had to learn how to use it! I made a lot of mistakes, often having to re-record several times before getting a product that I was happy with.”

The series consists of 15 instructional videos, including both a Strathspey and Reel step dance solo routine. Additionally, students receive audio tracks, a PDF outline, and direct access to MacGillivray for additional support.

“Connecting with the students is one of the biggest benefits of this video series. With my online teaching, I have heard from people around the world – folks who are excited to reconnect with their roots through traditional dance.”

She will continue to teach, both in person and via her online platform, and believes that it is the best thing that she can do to promote and preserve Celtic culture.

“As long as we can keep our young people interested and excited to learn the craft, we won’t be at risk of losing our heritage. I think there is room for the older stuff – like traditional step dancing from years ago – while also creating new and innovative steps and collaborations. This is vital for keeping our customs alive and well for future generations.”