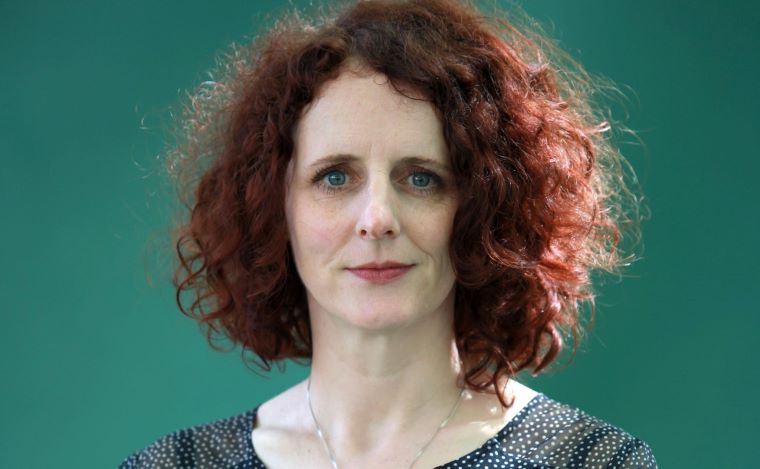 There are some authors who simply need no introduction – the ones whose books grace the shelves of bookshops for only seconds before they are swooped up by eager readers, many of whom have been patiently awaiting their release. Such is the fortune of award-winning author Maggie O’Farrell.

Born in Coleraine, Co. Derry, O’Farrell spent much of her childhood in Wales before settling in Scotland, where she currently resides. Her love of books and storytelling reaches back to her younger years.

“To be a writer you must first be a reader,” shares the scribe. “I have been an avid reader since I was a child. I spent quite a bit of time in bed, ill, and reading was all that I did. It is hard to pinpoint why, but I have always had the urge to put words on paper, to create stories and narratives. I used to spend all of my pocket money on stationery.”

Since those early days, O’Farrell has penned eleven books, including her debut novel After You’d Gone (2000), the Costa Book Awards winner The Hand That First Held Mine (2010), and her unforgettable memoir I am, I am, I am: Seventeen Brushes with Death (2017). Her latest novel – Hamnet – recently won the Women’s Prize for Fiction, an achievement she calls “very surreal.”

“It still hasn’t sunk in,” she says, noting that the digital set-up of the award show – a response to the ongoing COVID-19 pandemic – made the experience feel like one elaborate prank. “It is very nice to have the Bessie statue in your hand – I can’t deny that.”

O’Farrell admits that forging a career in writing has not been without its challenges but says that the “satisfaction of seeing a narrative to its end” makes it all worthwhile. 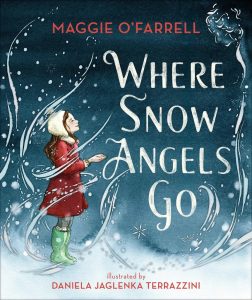 Earlier this year, she started her latest literary effort, a children’s story tilted Where Snow Angels Go, her first book written for young readers. She began writing the story for her own children while on a book tour.

“I wrote them a letter every day, with installments of the story. Then my youngest daughter said, ‘I want this to be a proper book with pictures.’”

Published by Walter Books, and illustrated by Daniela Jaglenka Terrazzini, Where Snow Angels Go follows a young girl named Sylvie who wakes one night “to find someone standing beside her.” The figure – a snow angle that Sylvie had made the previous winter – has journeyed to her for an important reason; to save her. Sitting at just over 70 pages, the story incorporates a variety of themes, including illness and miracles, and is being described as a “compelling modern fairy tale.”

The process of writing Where Snow Angels Go proved to be quite different from her previous works.

“I knew the writing had to be very pared back, much more than writing for adults, but at the same time I don’t believe in talking down to children.”

“I found it quite interesting to construct a narrative with a shorter arc than I am used to. My books for adults are around 80,000 words whereas this is 6,000, so I had to learn a new sense of pace. I read it aloud to myself a fair amount, which I don’t often do with longer novels, but I really needed to get a feel for the rhythm as children are very sensitive to auditory stimuli.

“I also had to read about the origins and characterization of angels,” she continues. “There were questions from my children about this – do angels have a gender and why are they always referred to as male? Daniela and I went back and forth a few times on the subject of our favourite angels and how a snow angel should look. I went on holiday to Rome and walked across the Ponte Sant’Angelo. I very excitedly sent Daniela lots of photos of the angel sculptures, saying, ‘Look at these!’”

Although the book is still in its early days, but O’Farrell has already received a review from some of her most important critics.

“The only people who have read it so far are my children – and they are predisposed to like it!”