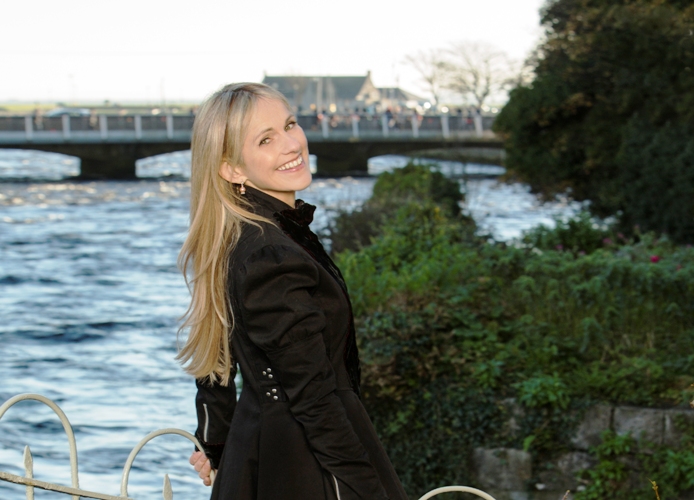 Irish musician Sharon Shannon has always been eager to explore new styles, and to meet and work with other musicians. She does both on her latest recording, Sacred Earth. Recently we spoke with Shannon from her home in Salthill, Galway City.

Tell us about your roots.
I am a country girl, a farmer’s daughter from Co. Clare. I have 2 sisters and one brother. We had a fantastic idyllic childhood. We had great freedom on the land…running and climbing and playing with one another and with neighbours kids and interacting with the animals. We loved training the farm dogs to do tricks. We also trained and rode horses and ponies. My father is a huge animal lover and he taught us that animals always respond better to praise and rewards, rather than brute force. This was something that he knew instinctively rather than learned from a teacher. Both my parents were always big music lovers and they instilled their great love of music in us.

When and why did you start playing music?
I started playing music when I was around 8 years old. My first instrument was the tin whistle. My parents sent my brother Garry to tin whistle lessons in the local village and he taught the rest of us at home. We used to go to local ceilis every Friday night. These ceilis were the highlight of our week. We used to dance and sometimes play in the band at the ceilis. They were really really good fun and they were our first experience of socializing and innocent childish romance. We loved every second of these ceilis and they gave us a great love of the music and the tradition.

Are they the same reasons you do it today?
Yes, I still play music because I absolutely love it. I feel extremely privileged and lucky and honoured to be able to make a living from doing something that I enjoy so much. 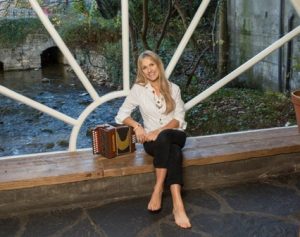 How have you evolved as an artist over that time?
Public speaking has always terrified me and I often clam up and become tongue tied, especially if I have to do a TV interview. But as the years go by I am getting better at it, especially at my own live gigs. If the speaking aspect of a gig happens to go well and I have some good fun and banter with an audience, I get a great kick out of it. It’s a difficult hurdle to get over, but thankfully I’m a lot better at it than I used to be. I have also learned a lot about the recording process and I enjoy it a lot.

What are the challenges of the vocation?
Being away from my loved ones and my dogs and cats. I miss them all desperately when I’m away. It breaks my heart to see their little sad faces watching me leave with my bags. It’s so trouble not being able to ensure them that I’ll definitely be back. They have no concept of time and a few days to them is probably like weeks and weeks for us.  Touring and constant traveling can be very unsettling and exhausting, and not having a regular lifestyle and can wreck people’s heads sometimes.

What are the rewards of the vocation?
To be self employed is a great reward for me. It’s also an amazing thing to get to travel and see some of the most beautiful places in the world and meet lots fascinating people. It is a great pleasure and honour to get to play at all the great festivals and meet up and play and socialize with several great friends and musicians and to actually get paid to do that. I do this so often, sometimes I forget how lucky I am, and then I remind myself that I’m living a life that most people can only dream of. There are so many huge rewards, and I’m so grateful for them all. To be calling it ‘work’ is often an in-joke among musicians.

How would you describe your sound today?
I play Irish traditional music and newly composed Irish dance music with a rock n roll element and a groovey beat and an earthy sound. The appeal does not appear to be limited to any particular age group audience.

What inspired Sacred Earth?
For many years I’ve had it in my head to try to do an album with a ‘Graceland’ type feel to it. Paul Simon’s ‘Graceland’ album has lot of different styles of music in it, traditional south African, country, Zydeco and I thought it would be interesting to make an Irish music album with a similar vibe. Early last year we were invited to New Mexico to do some shows, including a gig at Acoma Indian reservation. The reservation is a beautiful place with absolutely breathtaking scenery. We performed with two American Indian musicians Arvel Bird and Steve Rushuigwind. Also on the bill was a Californian musician and songwriter Alyra Rose who contributed the song ‘The Machine’ to the album. Alyra and her father are hugely involved with the protests at Standing Rock and the protection of the Indian lands. I really liked the Indian people and their attitude to all living things including the land itself. The seeds were sown in my head at that stage for ‘Sacred Earth’. 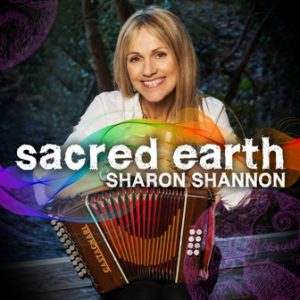 What has the response been like so far?
The expression ‘so far so good’ comes to mind… but it’s actually a massive understatement. The record company and I have had an amazing response to this album. We are absolutely delighted with the incredible enthusiasm for this particular album.

What makes a good song?
Everyone has different taste in music, so what I think is a good song might not appeal to someone else and vice versa. The saying ‘beauty is in the eye of the beholder’ is equally as relevant to music as it is to ‘beauty’. Music is extremely powerful, and in my opinion, the effect that music has on people is the most beautiful thing about it. Technically, it doesn’t have to be particularly ‘good’ or ‘bad’. There is music out there to suit all tastes. Music makes us more aware of our senses. The music we love can give us incredible sense of euphoria. It is an extraordinary healer of sadness and grief.

From your perspective, are young people today still interested in traditional Irish/Celtic music?
Irish music is bigger than ever before. There are way more young people playing Irish music nowadays than there was when I was a teenager.

Is enough being done to preserve and promote Celtic culture generally, and if not, how can that be improved?
​Statistics show that music is the single biggest feature that attracts tourists to Ireland and while state agencies like Culture Ireland and now Creative Ireland in some cases provide financial help with touring and travel grants for musicians, I think a lot more could be done.  A recent Economic impact survey show on the music industry in Ireland, shows how valuable that industry is to the economic life of the country. The study calls for a special Minister in the Government to be appointed with Music as his/ her portfolio. This is a great idea and perhaps the French model should be looked at whereby, music and the arts in general are viewed as not onl a  hugely invaluable asset to the Culture  and life of the country, but are  considered also to be of great economic value in terms of cultural tourism.

What do you have on tap for the rest of 2017?
We have an American tour coming up next month, and we have loads of festivals lined up in Ireland and abroad – and lots of media promotion work for the new album and the touring.