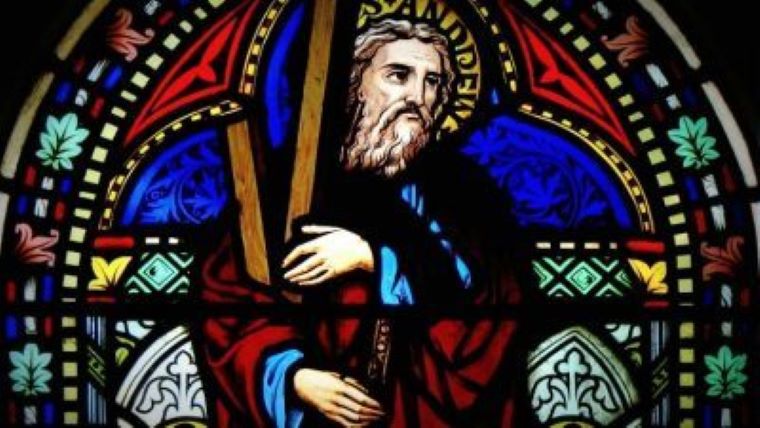 Not much is known about the life of St Andrew or exactly how he came to be patron saint of Scotland but he was believed to have been a fisherman and one of Jesus’ first Apostles.

Saint Andrew (who is believed to have later preached around the shores of the Black Sea), was an agile and hardy Galilean fisherman whose name means Strong and who also had good social skills. He brought the first foreigners to meet Jesus and shamed a large crowd of people into sharing their food with the people beside them. Today we might describe him as the Patron Saint of Social Networking!

In the fascinating legend of The Voyage of St Rule from Greece to Scotland we can see the complicated spread of devotion to Saint Andrew – from Constantinople in modern Turkey, to St Andrews in Fife. St Rule (Regulus in Latin) and the six nuns and monks who took the long sea-journey with him, stands for the missionaries and monasteries who worked long and hard to bring the Good News to Britain. They lived in communities organized by a monastic Rule – hence the name St Rule or Regulus.

Although a pagan who worshiped the Roman sun god Sol, Constantine later became a Christian and went on to make Christianity the official religion of the Roman Empire. 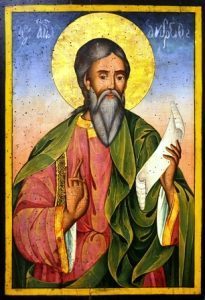 The first time the colour of the Saltire is mentioned is in the Acts of Parliament of King Robert II in July 1385 where every Scottish soldier was ordered to wear a white Saltire.

If the uniform was white, then the Saltire was to be stitched onto a black background.