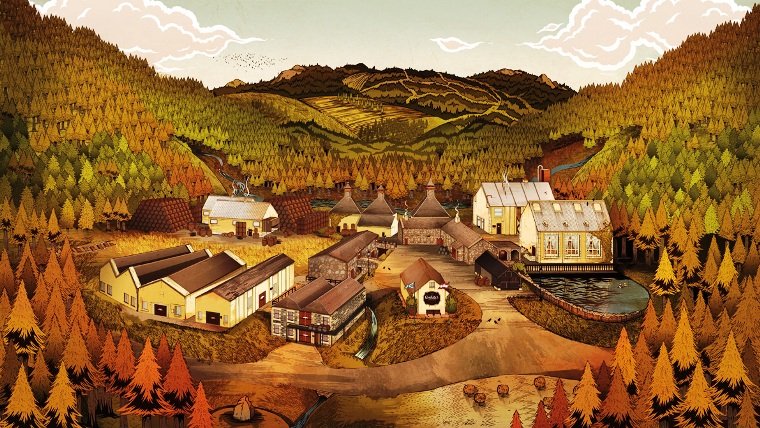 Ten years ago, Scottish businessman Peter Brown was driven to buy a reservoir on Scotland’s island of Barra as he couldn’t bear to see the dam demolished.

Then he had the challenge, what to do with all that water?

His first thoughts were to develop a hydro power scheme, and the next idea was to set up an environmentally friendly whisky distillery using the water and barley grown locally, driven by renewable power from the reservoir, solar power and wind turbines.

These ideas and the business plan have taken ten years to come to fruition, but now Brown has developed a community benefit society business model and this month launched a community share offer, through which the society seeks to raise a minimum of £1.5million.

He wants to see this traditional business – UisgeBeatha Nan Eilean Ltd -invigorate the local community on Barra. Barra is an island of 1200, 8 miles by 5 miles, and is dependent on tourism, fishing and fish processing. 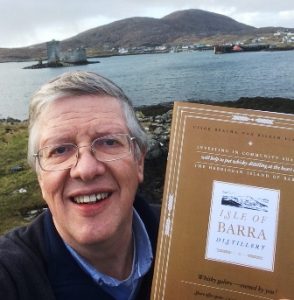 “Scottish distilleries like to think that their whisky is imbued with the elements of the place in which they are created,” shares Brown. “This claim can be indisputably made by the Barra Distillery. Not only that, this was where Scottish author Compton MacKenzie wrote his novel which became the famous movie “Whisky Galore” – filmed here in 1949 – and it is believed the mythical island location was, in fact, Barra.

“Community shares are a democratic form of governance,” says James Proctor from Community Shares Scotland, the organization which has been advising Barra Distillery on the community share offer. “They offer one vote per member investing, no matter how much you invest. They can also offer 4% interest to attract investors, and often see money rolled back in to other projects which will benefit the community.

“Community Shares Scotland is funded by the Big Lottery Fund Scotland and the Scottish Government to raise awareness of the community shares model and support communities who wish to raise money in this way.”

The new distillery – which will start construction in 2019 and start distilling in 2020 – will create 7 jobs when it is fully functioning.

The four wind turbines are already up and started feeding in to the power grid in 2014.

“We have a huge challenge in Scotland these days with the merger and acquisition being almost a business sector in itself,” continues Proctor. “The EIS helps professional investors with its tax benefits, but fledgling businesses often see their first round funders taking their gains after the first 3 years. And support is needed for a much longer period.

“We have seen so many good traditional and modern businesses in Scotland sell out and take the capital, with the business ending up in overseas ownership. Jobs are often lost and, as a result, they are not wholly Scottish any more. We want to retain 100% of our retail value profit, by selling our products ourselves and for the distillery to be owned by the community it serves. It will provide long term employment, an attraction for the tourist industry with the Distillery visitor centre, and products in a growing market.” 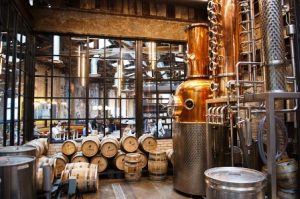 “This is the second Scottish distillery we have advised on the elements of raising essential funding through a community shares scheme. Glenwyvis Distillery in Dingwall raised over £2.5m in 2016, from 2,441 supporters in 30 countries around the world. This was more in community shares than any other U.K. organization. And they have an ongoing open share offer that is very close to its £1m target.”

It might take a few years until the first product is ready for bottling, but the firm has already generated £45,000 from its first cask offers, which closed in January 2013. A ghost spirit can be bottled within the first 3 years, but it cannot be called a whisky until it has matured for at least 3 years.

“The finished product will not only be local, but also natural as we will not add anything to the whisky,” explains Brown. “There will be no freeze filtering and no added caramel. It will be a product Barra can be proud of.

“Barra whisky will be a top quality niche product, sought after by whisky connoisseurs the world over. Whisky sales are increasing worldwide, against the general tide of alcohol sales, and in countries where there is no overall market growth there is a move from blended to single malt. And there is a trend towards people increasingly seeking a unique artisanal product, which is true to its roots.”

At 25,000 litres per annum production will make this the smallest distillery in the country.

Brown is calling their Trust fund which will deliver the funds to the community, The Angels Share.