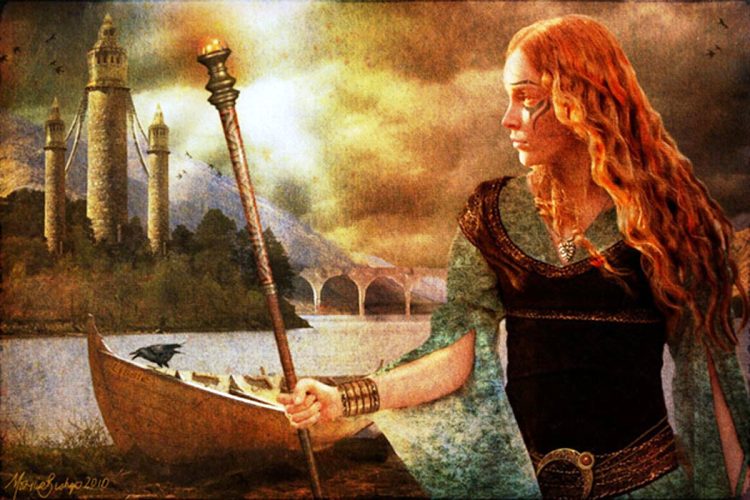 There are many Celtic, Gaelic, and Irish myths and legends that are considered to be based on real people and real events; King Arthur and Cú Chulainn are just two such figures.

Some, like these two, are very well known, and others, like the legendary figure of Scáthach, are more mysterious, even if no less formidable.

Scáthach (also referred to in Gaelic as Sgàthach or Sgathaich) is a female figure from Irish mythology, particularly of the Ulster Cycle – one of four large series of Irish mythologies. She is believed to have originated (or even lived) around 200 BC.

She is of Scottish origin and is commonly associated with the Isle of Skye, the largest and most northerly island in the Inner Hebrides.

The island has been occupied since the Mesolithic era, and it is teeming with Scottish history, both of the actual and mythological kind.

In some accounts, she is referred to as the daughter of the King of Scythia, which made up parts of Eastern Europe and Asia. 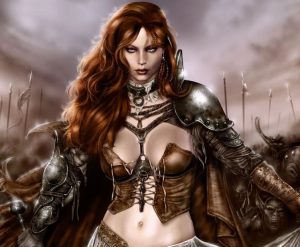 It is said that Scáthach was a martial arts teacher, responsible for training the warrior Cú Chulainn, as noted in the Tochmarc Emire, or “The Wooing of Emer,” which is an early Irish story in which Cú Chulainn performs several tasks to prove that he is good enough to marry Emer, the daughter of a chieftain by the name of Forgall Monach.

He first receives training from the warrior Domnall, and is later sent to Scáthach for more training in order to demonstrate his worthiness of Emer’s hand. However, Forgall was hoping that Cú Chulainn would die during this training, as Scáthach’s combat arms education was well known for being incredibly intense.

It is at Dún Scáith, the Fortress of Shadows, where she trained Cú Chulainn and his friend Ferdiad, as well as many others, in armed combat. She is said to have created her own weapon, a Gáe Bulg (literally “spear of mortal death/pain”), which was a type of harpoon spear with a barbed end.

It was apparently made from the bone of a sea monster called the Coinchenn, and was a nasty weapon, according to the Book of Leinster: “The Gáe Bulg had to be made ready for use on a stream and cast from the fork of the toes. It entered a man’s body with a single wound, like a javelin, then opened into thirty barbs. Only by cutting away the flesh could it be taken from that man’s body.”

Scáthach saw great potential in Cú Chulainn and trained him for a year. He then fought alongside her when she battled a neighboring chieftain named Aife (or Aoife) – who also happened to be Scáthach’s sister.

Together with the use of the Gáe Bulg, Scáthach is also said to have educated many other Celtic mythological heroes in things like pole vaulting, in order to jump over the walls of fortifications, and underwater combat.

In addition to being a fierce female warrior and teacher, Scáthach is also believed to have been a prophetess and powerful sorceress. She eventually evolved into one of the most popular figures of the “otherworld” as the Celtic Goddess of the Dead, leading those who perished in battle to Tír na nÓg, or the Land of Eternal Youth.

Her stories were passed down orally, as is common for many mythologies, until around 1300 AD when they were written down. In 2016, a character loosely based on Scáthach appeared in the television series American Horror Story: Roanoke, and was portrayed by Lady Gaga. She also features in the origin story for Red Sonja in which she appears to a 17-year-old girl seeking revenge for the murder of her family.