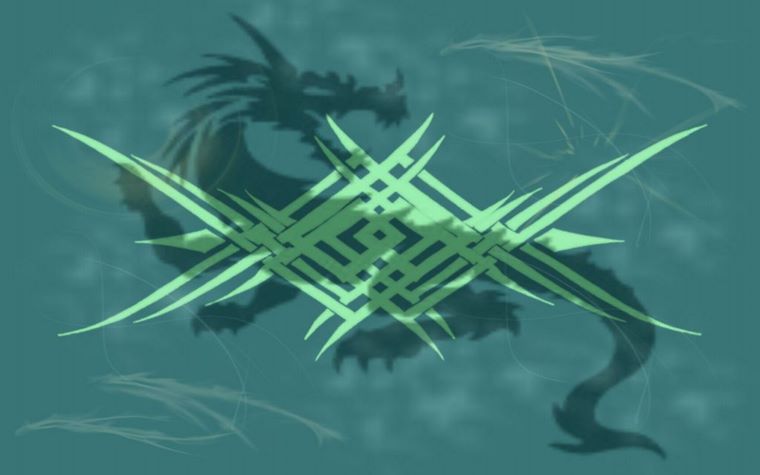 The dragon, a creature of myth and legend is found in almost every culture of the world in some form. In Celtic mythology, the dragon was believed to be of a world that was parallel to the physical world. It was thought, by the Druids, that the dragon’s power affected the lay of the land. They believed that the path the dragons took was important to the flow of energy through the physical world. Areas where a dragon passed often, where dragon paths crossed or places a dragon stopped to rest became more powerful than the areas surrounding it.

There are two types of dragons in Celtic lore. There is the standard winged version with four legs that most people are familiar with and there is a sea serpent that is depicted as either a giant wingless serpent or huge serpent with wings, but no legs. The dragon was a gatekeeper to other worlds and guardian to the secrets and treasures of the universe. They were often depicted side by side with the Celtic gods. As creatures that protect the Earth and all living things, Celtic dragons are considered the most powerful of all the Celtic symbols.

They are used as a symbol of power and wisdom among leaders.

Dragons are seen on many coats of arms and on the Welsh flag. As a heraldic symbol, the dragon varies greatly, especially the ears. The wings are always that of a bat, its tongue and tail can be barbed or smooth. Y Ddraig Goch, the red dragon, on the Welsh flag was derived from the Great Red Serpent that had represented the Welsh god Dewi. King Arthur was one of the first leaders to use the red dragon. It was prominently shown on his helmet.

Master Stoorworm is one of the most prominent dragons in Celtic mythology. Master Stoorworm was a gigantic sea serpent who always ate too much and every morning he would yawn seven times. The town that this always happened near became tired of this because when he yawned his tongue would dart out and snatch up seven random things from the town. A meeting was held, and it was decided that anyone who slew the dragon would get to marry the king’s daughter. A group of men came forth to try but were frightened away by Master Stoorworm. 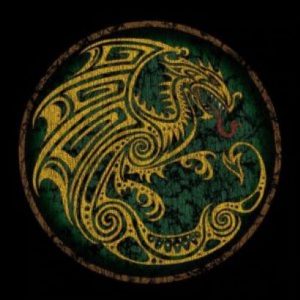 After which, a young boy took an iron pot and some peat, stole a boat and went out into the ocean to wait for the dragon to wake up. When the dragon yawned the first time, the boy and the boat were sucked into the dragon’s mouth. The boy paddled down the dragon’s throat until he reached its liver. He used the peat and the iron pot to set the liver on fire. As Master Stoorworm writhed in pain, the boy was able to paddle out. The dragon’s teeth fell out as he struggled, becoming islands. After Master Stoorworm died, his body curled up and became Iceland.

Dragons are often depicted in Celtic artwork. Dragons are often drawn with their tails in their mouths. This symbolizes the cycle of nature in the world and immortality. The dragon is usually twisted upon itself, with tails ears and body parts weaving in and out other parts, much like a regular knot work piece. The appeal of this art remains strong to this day and has been seen on shirts, posters, and even tattoos.

Dragons, while commonly thought of as fire-breathing marauders, were, to the Celts, indicators of places of great power. Where dragons trod, mystic energy flowed, and where they laired were invariably places of great sanctity and mystical harmony. While dragons were dangerous, they were also indicators of fertility, of life. ‘The Path of the Dragon’ was the Celtic term for ley lines. And ley lines, for the uninitiated, were the stretches of mystic power which crisscrossed the land. Druids hunted these lines, and made a ley lines map for their people, instructing them to build their temples and homes along the lines in order to harvest the energies.

Dragons, Druids and Celts are all inextricably linked by these bands of power. For the Celt, dragons, though deadly, and frightening, represented the continuation of life and health. They were omens of a good harvest, of a year of plenty. And the Druids were the ones who found the dragons and interpreted their meaning for a given group of Celts. For these ancient peoples, everything hummed and sparked with the lightning of the gods. Where dragons walked, the lightning was visible, and where Druids indicated, the lightning was controllable for the good of the Celtic people.

Before the arrival of Christianity, dragons were seen as powerful creatures that were as natural to the world as the mountains. After Christianity was introduced, dragons began to be cast in a different light. They became a symbol of trouble, strife, and infertility. It was said that dragons lay waste to the land and prevent growth. Priests began to use the dragon as a symbol of evil and the Devi Sri Prasadl.

One of the most popular stories about a dragon used by the Church was that of St. George and the Dragon. In the village of Wormingford, England, they were plagued by a dragon. They offered the dragon maidens to appease its appetite until finally the only maiden left was a princess. The village brought her out to where the dragon was and tied her up as they had done with the others. One version says that before the dragon could attack her, a knight riding by saw her plight and slew the dragon to rescue her. Another says that St. George was able to subdue the dragon and told the village that he would slay it if they gave up their pagan ways and became Christians.