The Glory of Gordon & MacPhail 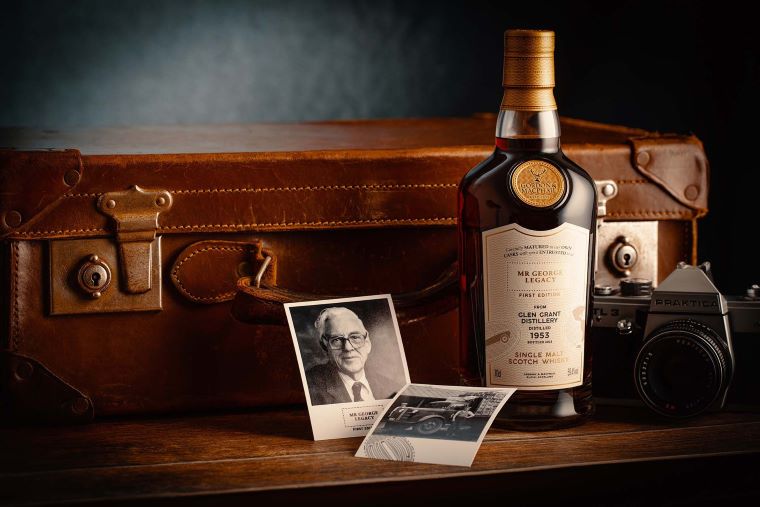 In 1895, James Gordon and John Alexander MacPhail opened a grocery business in the City of Elgin, the heart of Scotland’s Speyside whisky region. The business sold groceries, tea, coffee, and wines from all over the world. 125 years later, Gordon & MacPhail still operates the grocery business in Elgin, but its real enterprise is as an Independent Bottler and Distiller of Scotch Whisky.

In the early years of the business Gordon and MacPhail brought in a young John Urquhart as apprentice. Urquhart had a knack for selecting and blending whiskies from local distilleries. He also began brokering casks and independently bottling single malt from famous distilleries like Glenlivet, Mortlach, and Glen Grant. The practice of filling casks of new-make whisky, rather than simply purchasing mature casks, began at this time. This is something which sets Gordon MacPhail apart from almost all other independent bottlers to this day, and it gave them a leg up through leaner years. In 1915 John Urquhart was made senior partner, and though the firm would keep its name, from this point on it would remain privately owned by the Urquhart family.

In 1933, George Urquhart – aka “Mr. George” – joined his father in the business. He was heavily involved in the firm’s whisky business, travelling widely to showcase Gordon & MacPhail whiskies. G&M’s business thrived during and after World War II. Having had the foresight to lay down large numbers of casks in the 1930s and early 1940s, they were in a strong position to meet demand, especially in America. This was a difficult time for most of the industry with barley rationing dramatically reducing distilling. 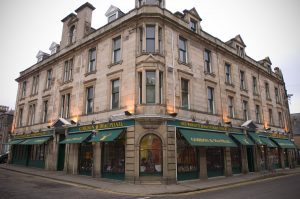 The third generation began entering the business with George’s son Ian Urquhart in 1967. He was joined by David Urquhart in 1972, as well as Michael Urquhart and Rosemary Rankin in 1981. The family firm continued to thrive even during the industry downturn of the 1980s and early 1990s, emerging as the undisputed preeminent independent bottler of Scotch whisky. In the 2010s the torch was passed to the 4th generation, with at least five of John Urquhart’s descendants now involved in the business.

It had always been John Urquhart’s vision for the family to own a distillery of its own.

The dream was finally realized in 1993 with the acquisition of the closed Benromach Distillery in the nearby town of Forres. The distillery was in rough shape, and it took nearly 5 years to get it up and running. HRH Prince Charles was on hand in 1998 for its official reopening. Never content to rest on their laurels, the firm announced plans in 2019 to open a brand-new distillery in the Cairngorms National Park. The Cairn Distillery is scheduled to open in 2022.

One of the most remarkable things about Gordon & MacPhail is the vision it had to mature whiskies to great ages. Few other whisky firms, whether distilleries or independent bottlers, have ever had the foresight to mature casks for more than 30 or 40 years. In 2010 G&M bottled the Generations Mortlach 70 Years Old, which was the oldest whisky ever bottled at the time. They followed up on that milestone by bottling 70-year-old Glenlivet in both 2011 and 2012. And then, in 2015, they once again they raised the bar by bottling the Generations Mortlach 75 Year. Of the 10 oldest whiskies ever bottled, all but 2 have been bottled by G&M.

It is almost certain that Gordon MacPhail will one day bottle the first ever one hundred-year-old whisky, but that may still be a couple of decades away. Their oldest maturing stocks are from the late 1930s and early 1940s. A number of these casks, 15 First Fill Sherry Butts to be precise, were filled for Gordon & MacPhail at the Glenlivet Distillery on February 3rd, 1940. Most of these casks have been bottled over the decades, but G&M dipped into another of these casks this year to bottle another whisky. The Generations Glenlivet 80 Year is once more the oldest bottle of Scotch Whisky ever bottled. It isn’t inexpensive, but I can vouch for it in one regard – it doesn’t disappoint!

Gordon & MacPhail whiskies can be found all over the world with whiskies ranging from under $100 to $100,000 or more. Their grocery shop in Elgin is the brands spiritual home, with a section dedicated to Scotch Whisky that showcases more than 1000 bottles. Prior to Covid-19, the shop offered both tastings and in-store sampling, as does their nearby Benromach Distillery in Forres, one of the smallest and most traditional distilleries in the Speyside. ~ By Andrew Ferguson