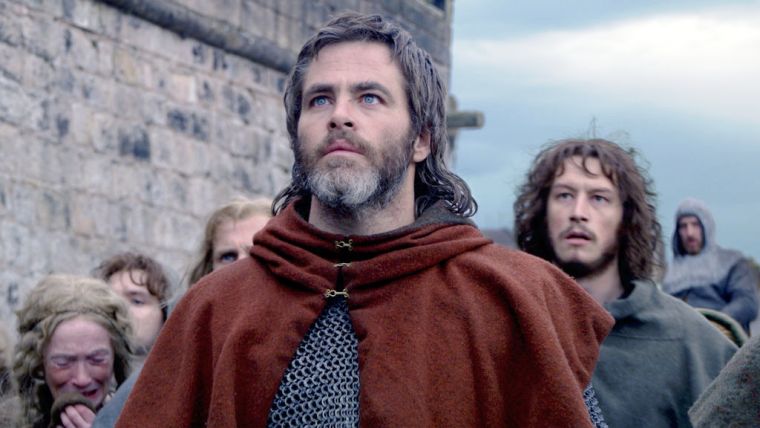 David Mackenzie’s Outlaw King is the biggest homegrown blockbuster to be made in Scotland, yet most will see it on a small screen as it is a Netflix release. The director talks to Alistair Harkness about bringing the epic story of Robert the Bruce to life and how streaming made it all possible

“I wanted to go through this process without mentioning f***** Braveheart.”

It’s the day after the London Film Festival premiere of Outlaw King and David Mackenzie is sitting in a Soho hotel room telling me why he wanted to make a film about Robert the Bruce when Mel Gibson’s heavily mythologized take on William Wallace already has such a cinematic stranglehold on this particular period of Scottish history.

“Braveheart did Robert a disservice,” says Mackenzie. “It portrayed him as a wet and pretty nasty person and I felt like a disservice had been done to a national hero of Scotland. It’s been wonderful for William Wallace, who of course, didn’t achieve his aims. But Robert did. It felt there was a hole in the film history of that period that we wanted to go into.”

Outlaw King certainly helps fill that hole. Condensing a lot of complicated back-story into a single bravura eight-minute opening shot, Mackenzie starts the film with the 1304 siege of Stirling but doesn’t do the obvious thing of rushing towards the “inconclusive story of Bannockburn”. Instead, the film, which stars Chris Pine, follows Robert over the next few turbulent years, sticking as closely as possible to the historical record as Robert claims the Scottish throne for himself and works towards his first military victory at Loudon Hill in 1307. 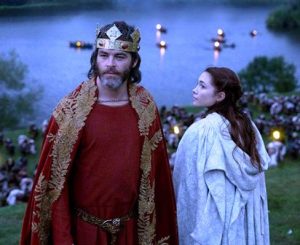 “Just concentrating on a shorter period and ending on a turning point felt like a more honest way of telling this story and understanding the reality of this guy’s life,” explains Mackenzie. “We wanted to delve deeper than the surface mythology to get closer to the truth.”

Mackenzie is fully aware that this makes the ensuing film a much less rousing epic than fans of these kinds of historical blockbusters might be used to seeing. That, however, also felt like the responsible thing to do. “You don’t want to be doing the big, volatile jingoistic stuff at this moment in time. We tried to get that balance right while still telling the honest story of a guy who rids his country of occupation.”

That said, it seems unlikely that Outlaw King will avoid becoming part of the political discourse. How prepared is he for that?

“I don’t mind it being used in political discourse, but I’m very conscious of the fact that it’s a 700-year-old story. Any attempts to make contemporary parallels are not being made by me. If it’s part of a discussion,” he adds, “it has to be done as an interpretative thing by the person discussing it.”

One thing that is worth discussing is the Netflix-backed film’s status as the biggest homegrown blockbuster made in Scotland. Mackenzie is proud of the fact they’ve put “a very large amount of money into the Scottish economy”. With the exception of one scene shot in Berwick-upon-Tweed (“which used to be in Scotland” quips Mackenzie), he and regular producer Gillian Berrie figured out ways to keep the entire shoot in Scotland, helped in a large part by Chris Pine’s schedule lining up with the requisite August-to-November shoot last year. “You don’t want to be shooting December to March,” says Mackenzie. “I’ve shot in those periods and it’s filthy.”

The value of shooting in Scotland was also worth it on a creative level, says Mackenzie.

“You’re treading in tangible places in history. It’s another way of tapping into what it must have been like for these guys. I’m interested in putting the actors in an environment that’s as close to the reality that they’re trying to portray so you can reflect it.”

It’s an approach Mackenzie has used before, shooting his acclaimed prison drama Starred Up in Crumlin Road prison in Belfast and the Maze prison in Lisburn and letting the landscapes of New Mexico infuse his Neo-western Hell or High Water with true grit. Both those films saw Mackenzie’s own directorial star rise exponentially and Hell or High Water’s four Oscar nominations proved instrumental in getting Outlaw King off the ground, seven years after Mackenzie first pitched it.

“It opened the door,” nods Mackenzie. “Outlaw King is not a film that can be done cheaply so having had Hell or High Water get nominations and all that sort of stuff made it possible to start punting around one of our projects instead of looking for jobs for hire. It’s also why I had Chris in mind to play Robert.” 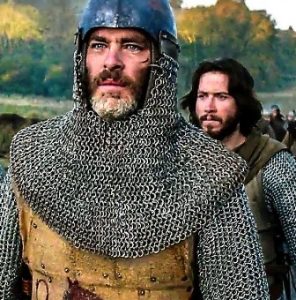 Pine is good in the role and Mackenzie – who suggested Pine base his accent on a former captain of the Scottish rugby team (he won’t say which one) – can’t be bothered with critiques of his Scottish brogue, especially when they fail to acknowledge that a medieval Scottish accent would be unintelligible to modern ears. “They would be speaking a form of ancient French and ancient English and Scots, which were sister languages, and a bit of Gallic – none of which we would recognize now.”

That was one of the many criticisms leveled against the film when it opened the prestigious Toronto Film Festival in September. Mackenzie rushed to get the film finished, knowing he could go back and finesse it ahead of its Netflix release. But even he didn’t foresee that he’d end up cutting another 23 minutes following its poor reception.

“It was a painful process throwing it in front of an audience and learning that, but it’s great that I’ve been able to streamline it and make what I feel is a much stronger version of the film.”

Outlaw King is getting a limited theatrical release to coincide with its Netflix launch, but I’m curious how he feels about being part of this changing landscape in which intensely cinematic films by the likes of him, Alfonso Cuaron, the Coen brothers and even Martin Scorsese are primarily going to be viewed via a streaming service at home.

“The question in Hollywood is whether Disney is going to become Netflix faster than Netflix is going to be become Disney,” he says. “I think it’s a two-way transition. I think the studios are moving towards streaming and Netflix is moving towards cinema. I hope that our film is seen on the big screen, which it will be when it’s released, but it’s on a streaming service and it’s coming out in 191 territories in 37 languages. In terms of the breadth of potential audience, it’s by far the biggest I’ve ever done.”