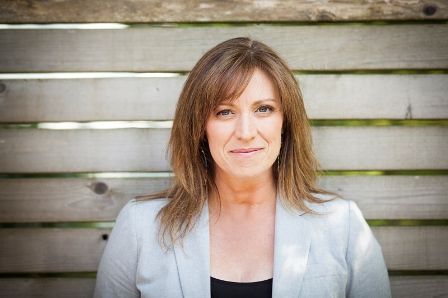 Wendy MacIsaac is best known for her fiddle playing, but soon she may gain a reputation for something else: making chocolates. The Halifax, Nova Scotia, resident has been learning how to make chocolates from her friend, Jill Franklin, owner of Jill’s Chocolates. “I started working with her in December 2013 and I have been enjoying doing something different than playing music, which is all I have really done,” MacIsaac says. “I love the end result of making a beautiful box of chocolates.”

As it turns out, the chocolates have a Celtic connection. Franklin makes a sea-salt caramel and a percentage of each sale of it goes to the Treasures of Youth fund, giving kids the chance to receive $1,000 to pay for a course on anything related to Cape Breton’s Celtic culture. The sales of the chocolates just reached a goal of $30,000, allowing the business to hand out the first bursary. “This is such a great opportunity for a young guy or gal who is interested in Gaelic language, fiddling, piping and might not have the opportunity to pay for it,” MacIsaac notes.

While MacIsaac is occupying some of her time with chocolate making, she’s hardly forsaken her musical career. In fact, the 43-year-old fiddler garnered a number of awards for her most recent recording, Seinn, with singer Mary Jane Lamond. The album’s accolades include a Music Nova Scotia Award for Traditional/Roots Recording of the Year, a Canadian Folk Music Award for Traditional Album of the Year and, most recently, an East Coast Music Award for Group Recording of the Year.

MacIsaac has been fiddling for 31 years. Music was always part of the MacIsaac home and, as a child, she used to record fiddle tunes off various radio shows. Back then much of the music played on the shows wasn’t professionally recorded. MacIsaac recalls, “They were recordings from dances, concerts and sometimes house parties, where you would hear people talking or whooping at the musicians. There was something special about those old tapes with their lo-fi quality.”

She became hooked on the fiddle in grade five when she picked up a friend’s, gave it a try and decided she’d like lessons. MacIsaac’s grandmother pulled out a fiddle she had under the bed and gave it to the young girl and MacIsaac began taking lessons with her cousin – Ashley MacIsaac. “I took to it right away and was lucky to be playing and learning with a circle of friends who were learning at the same time, like Jackie Dunn-MacIsaac, Rodney MacDonald, Glenn Graham, Natalie MacMaster and Stephanie Wills.”

As influences on her playing, MacIsaac cites: Willie Kennedy, an older fiddler from Mabou who recorded on her second CD, That’s What You Get; John Morris Rankin, from Mabou; Arthur Muise from Cheticamp; Howie MacDonald. “There are many other fiddlers I listened to, but I really look to these guys’ playing and their style,” MacIsaac says. Her own style she describes as a straight-up Cape Breton style of fiddling.

The fiddler aims to compose tunes that have an “older” and rhythmic sound to them. A step dancer as well, MacIsaac says that discipline reflects her love of music heavy with rhythm such as reggae and R & B. When it comes to touring, MacIsaac says she’s been fortunate to tour North America extensively and visit Scotland more than 30 times, as well as play in Europe and Brazil. Looking ahead, the fiddler says she and Mary Jane Lamond have made music together for 20 years now, so they’re playing with the idea of putting together a compilation of music from both MacIsaac and Lamond’s previous albums along with some new material for 2015. In the meantime, the chocolates await.