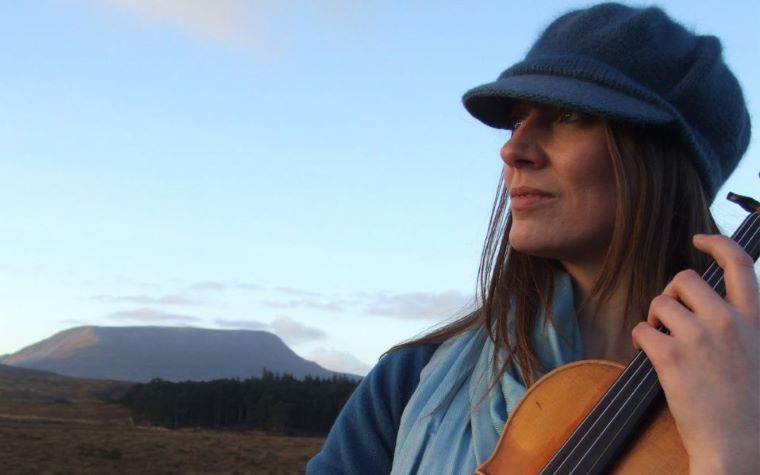 Although the seeds of her passion for playing the fiddle were planted by her parents, Theresa Kavanaugh’s reasons for sticking with the instrument have evolved beyond familial ties.

“My experience of both music and friendships in the Irish music world has been a factor in shaping who I am today,” she tells Celtic Life International via email.

Though born and bred in Glasgow, Scotland, Kavanaugh’s parents are from the Emerald Isle, and she was brought up in an Irish milieu.

“I am glad Mum and Dad never let go of our culture. As a family we were surrounded by Irish music, song and dance as my mother was an Irish dancing teacher. In fact, all of us took music and dance lessons.”

When she was nine years old, the family moved home to Donegal, Ireland. There, she continued to take fiddle lessons. Over time, her enthusiasm for the instrument grew significantly.

“I knew I had a passion for music throughout my teens and decided to pursue it in university.” 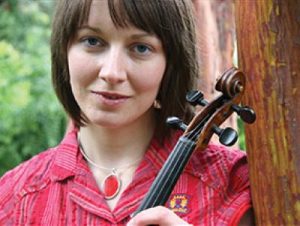 “I was fortunate to have the opportunity to make my first album The Seventh Veil in 2006. Working with (Irish producer and musician) Manus Lunny on this project further enhanced my interest in composition.”

Her latest work – An Choill Uaigneach (The Lonesome Forest) – was released in 2017.

“There are hints of jazz and lovely grooves on there that Manus created. Some of the other guest musicians really added to the vibe as well, including Fraser Fiefield on saxophone, Ewen Vernal on bass, and Donald Shaw on keyboard.”

Lunny, she says, is a quiet genius and a loyal friend. “He really helped to shape the album with a contemporary sound. His amazing production and performance really complemented what I did.”

Though contemporary in sound and scope, Kavanaugh generally considers herself a traditionalist in terms of style.

“Listening to a variety of genres over the years has, of course, had some influence, but my heart will always be in Irish traditional music.

“Often I create from strong emotions in my life. Sometimes I just want to try a new trick and see what happens.”

Other career highlights have included composing music for the BBC’s Gleann Bheatha – an Irish-language documentary about Glenveagh National Park – as well as playing alongside her musical heroes; Lunny, Michael McGoldrick, and Brid Harper.

“I have also enjoyed some wonderful experiences performing at major festivals such as Celtic Connections and Festival Interceltique de Lorient, as well as touring with The Women of Ireland.  I am really looking forward to doing more touring in the future.”

Kavanaugh says that she has no plans to put the instrument down anytime soon, even with her full-time day job as a teacher at Pobalscoil Ghaoth Dobhair (Gweedore Community School) where she has worked since 2010. After an appearance at the Ardara Cup of Tae Festival in May, she is looking forward to the summer holidays when she can focus on her playing.

“We have so many wonderful opportunities to experience traditional music; festivals, radio and television programs, magazines and organizations who all contribute to the promotion and preservation of Irish culture.”

She believes that young people are still interested in the fiddle. However, she suspects that they need greater opportunities to embrace the roots of Irish music in order to fully enjoy it.

“Irish music is primarily functional music for dancing, lamenting and celebrating. For many generations it was pop music to those people. House dances and cèilidhs were their discos and clubs. It was how people courted, celebrated and grieved as communities. I think that bringing back both appreciation and cèilidh dancing classes into primary schools will help fuel the fire of our culture.

“It is not enough for children to learn, though – they must have an opportunity to enjoy it as well.”