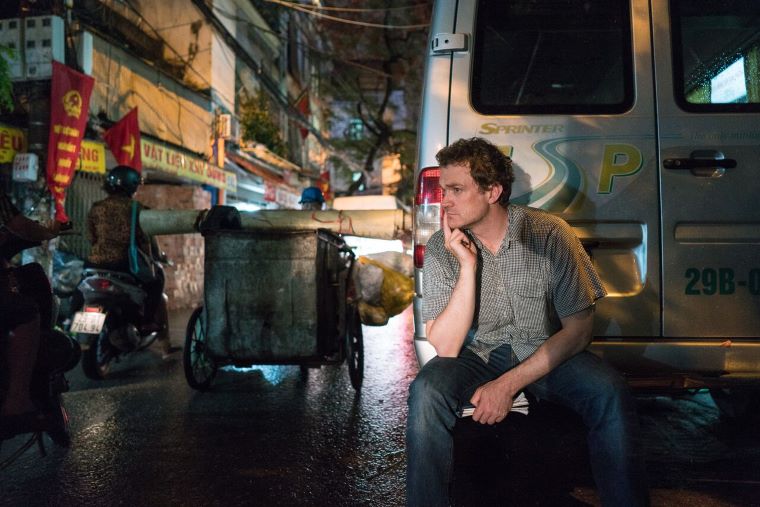 Although Patrick Radden Keefe graduated from law school – and later passed the Bar Exam – he never actually practiced the profession. Instead, the young man chose to dedicate his time and efforts to his first passion – writing.

“I loved reading, writing, and doing research,” explains the 42-year-old scribe via email. “I enjoyed going out to meet and interview fascinating people.”

Radden Keefe is best known for his work as an investigative journalist, primarily as an award-winning staff writer for The New Yorker. He has also published a few long-form research pieces, including Chatter: Dispatches from the Secret World of Global Eavesdropping (2005) and Snakehead: An Epic Tale of the Chinatown Underworld and the American Dream (2009).

The vocation, he admits, is not without its fair share of challenges.

“This is a difficult time for journalism. Newspapers and magazines are shuttering; the industry is contracting. It is not the stable career it was twenty years ago. At the same time, journalism and non-fiction writing – especially the kind I write – is needed more urgently now than ever.”

The rewards, however, still far outweigh those issues. 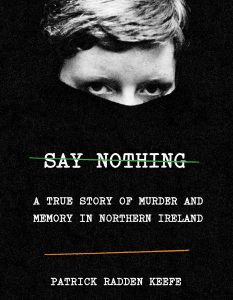 Radden Keefe has just published his third book, Say Nothing: A True Story of Murder and Memory in Northern Ireland, which takes readers back to Northern Ireland during the Troubles, when Jean MacConville, a mother of 10, was torn from her home in Belfast by a group of masked intruders.

“I was inspired by the ways in which the lives of a handful of real people intersected in dramatic fashion and seemed to provide an opportunity to tell a larger tale about the Troubles. What I truly learned was that there are very few villains in this tale.

“It is the story of ordinary people who were caught up in the currents of history and forced into the most tragic and intense situations.”

After four years of research and seven trips to Northern Ireland, the author was satisfied that he got it right.

“I interviewed over one hundred people. And there is a significant revelation at the end of the book about the 1972 murder at the heart of the story, which was enormously cathartic.”

Since its release in February, the book has enjoyed both popular and critical acclaim.

“I have been hugely gratified by the response from readers and critics, both in Ireland and in the United States. For me – as a reader – it is strange and wonderful to see endorsements and reviews from Irish writers I grew up revering, people like John Banville, Colum McCann, and Roddy Doyle. I have also received notes from Irish-Americans, and from young people in the Republic of Ireland, who have said that they found the style of narrative storytelling in the book approachable enough that they were engaging, in some instances for the first time, with some of this troubled history.

The work has even caught the eye of Hollywood.

“The rights have been optioned by some very smart producers who are hoping to turn the story into a limited series for television. I have very high regard for these people, so I am cautiously optimistic.”

The author is deeply concerned about the U.K.’s political climate, specifically the state of Brexit.

“If we get a return to a hard Irish border, there will almost certainly be a return of certain tensions. I dearly hope that will not include new violence, but who can say? Having said that, I could also see a scenario in which, in the long run, Brexit ends up achieving an unintended outcome that three decades of awful violence did not – the eventual reunification of Ireland.”

Radden Keefe has already started working on his next book, an in-depth look at the Sackler family, an American philanthropic empire and owners of Purdue Pharma.

“It is the company that produces OxyContin and is responsible for sparking the opioid crisis. I’ve got my work cut out for me. One virtue of this line of work is that I don’t have to attend meetings or spend much time at all doing things that I find boring. Writing can be a precarious way to make a living, but it is never dull.”