Former Lord of the Dance star and choreographer Raymond Sweeney always knew that dancing would be a major part of his life.

“I attended my first Irish dance lesson at age nine,” remembers the Leitrim-born performer. “I have seven siblings, and my mum took us all along to Irish dancing class to give it a go. I enjoyed it and stuck at it. Back then it wasn’t cool for a young lad to do Irish dancing, but I did, and I’m glad because I wouldn’t be where I am today otherwise.”

Now, 26-years later, Sweeney continues to dance for many of the same reasons – and a few more.

“I still love dancing, but it is on a totally different level now,” he explains. “Today, it’s about performing on stage with my own production and getting a buzz from the reaction of the audience.”

The three-time Irish Dancing Champion has racked up a number of accomplishments and awards over the past two decades. 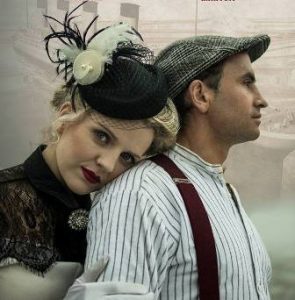 “I joined Lord of the Dance when I was 16 years old and I was a part of that production for over 15 years,” he recalls. “It was a huge chapter in my life and had a lot of highlights while I was there.”

Sweeney isn’t suggesting the vocation is without its challenges, however; he has worked hard to maintain fitness levels required for peak performance.

“Irish dancing and dancing fitness has changed dramatically since I started my professional touring career. It is very important that I keep up with all levels.”

This year, Sweeney took his career to a higher ground with his debut musical production, Titanicdance – a project four years in the making.

“I have always been very ambitious and push myself to new heights. Having my own touring production was always a dream of mine.”

“I believe it was fate that I was introduced to (co-producers) Sean McAnaney and Kevin Toland back in 2013. They were also aspiring to create an Irish dance production and we started to work on a concept immediately. We wanted to use a really solid theme in our story, and we came up with idea of the Titanic.

“There are very strong links to the story of the Titanic in Ireland, especially Belfast and Cork, but I knew the story had the potential to touch people all over the world. I travelled to Belfast and Cobh to get inspiration and to feel the spirit of the Titanic. In no time the ideas were flowing and, along with my team, we started to develop the show.”

He says that the creation of Titanicdance has been his greatest accomplishment.

“Seeing the show come together, and then getting the reactions and reviews that we have received to date, has been nothing short of amazing. It is hard to believe at times, but it makes all the hard work and stressful days well worthwhile.”

Future audiences, he notes, “are in for a real treat.” 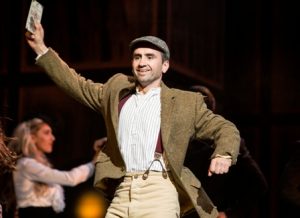 “Titanicdance tells the story of the world’s most famous ship – from its beginning in the Belfast shipyard to its tragic end in the Atlantic Ocean. Audiences will experience an explosive, exciting and emotional performance like no other.”

Sweeney gives credit to productions like Riverdance – specifically, their 1994 performance at the Eurovision song contest – for boosting Irish culture around the world.

“Since then, the popularity in Irish dancing and music has just grown and grown, giving opportunities to many like myself to showcase our art to audiences worldwide.”

While that growth has been staggering, he believes that the Irish government can play an even bigger role in preserving its culture.

“They could do certainly do more with regards to funding productions and artists that promote Irish culture globally. That said, I generally think that the Irish and Celtic culture is being well pushed all across all four corners of the planet today through productions like Titanicdance.

“My main focus at the moment is to make sure that the show becomes a worldwide success. After that, I will see what kind of other exciting opportunities present themselves.”