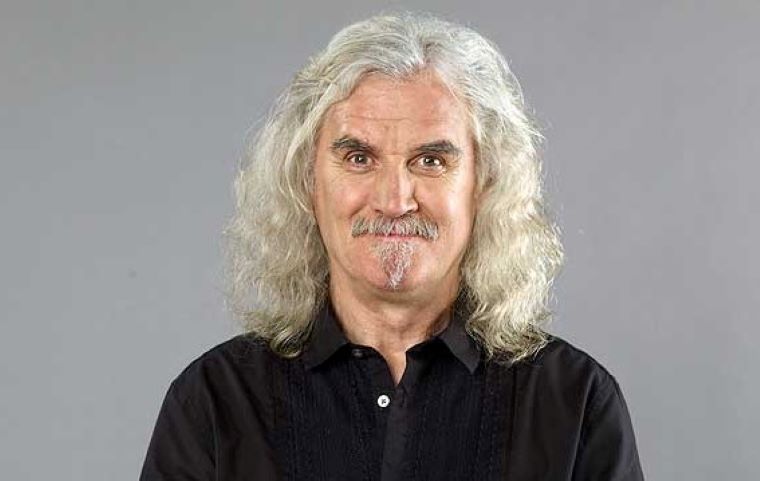 The Scots’ ability to laugh at themselves make them irresistible. Here are the top ten Scottish comedians.

Billy Connolly
Quite possibly the king of Scottish comedy, Billy Connolly had to be the first comedian who came into our heads. It’s hard to put him into one genre given that he’s known his comedy, music performances and acting roles, but it’s probably his stand up career that sets him apart from everyone else – he was also voted as the greatest stand-up comic on Channel 4′s 100 Greatest Stand-Ups in 2007 and 2010. His on-stage attire is also one to be noted, since the 1980s, Connolly has worn a custom-made black T-shirt with a shirt tail as part of his act.

Frankie Boyle
Known for his controversial sense of humour, Frankie Boyle is often in the limelight for his close to the line jokes. Best known for his appearances on various popular panel quiz shows like Mock The Week and 8 Out Of 10 Cats. He also has various stand-up tours and his own comedy series on his list of achievements.

Rory Bremner
Having contributed to Spitting Image and Week Ending, Rory Bremner was already fairly well known when he went on to work on Brember, Bird and Fortune, which he has won numerous awards for. Rory Brember has also made appearances on panel shows Who’s Line Is It Anyway and Mock The Week.

Ronnie Corbett
Part of The Two Ronnies with fellow comedian Ronnie Barker, Corbett rose to fame during the 1960s while starring in The Frost Report. But it was his work for the BBC as The Two Ronnies between 1971 and 1987 that he’s best known for, with various sketches and musical numbers alongside Ronnie Barker. In more recent years he’s made various small appearances, often as himself, in different sketch shows and entertainment programs.

The Krankies
Although this Scottish funny man is part of a duo with his wife, we couldn’t leave The Krankies off the list. Compromising of wife and husband team Ian and Janette Tough as a schoolboy and father act, this Scottish comedy duo enjoyed huge success as a cabaret act in the 1970s before being given a spot on the Royal Variety Performance in 1978 and moving into television in the 1980s with their own TV show. 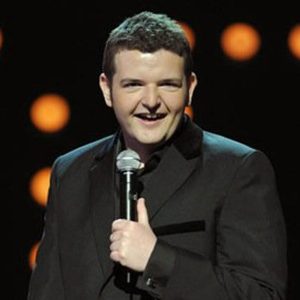 Kevin Bridges
Scottish comedian Kevin Bridges made his name doing the stand-up circuit including Edinburgh Fringe Festival (selling out his entire 25 night run) and Michael McIntyre’s Comedy Roadshow. He also went on to be nominated for the 2009 Edinburgh Comedy Awards in the best newcomer category. He also has two stand up DVDs to his name and is a regular comedian on various stand-up comedy series.

Danny Bhoy
Although best known for his work in Australia, Canada and United States in the past few years, Danny Bhoy started out in the late 1990s and after just a year working in the industry he won The Daily Telegraph Open Mic Award, Britain’s biggest competition for comedy newcomers. Then in 2001, he had his first solo show at the Edinburgh Festival which sold out within a week.

Jerry Sadowitz
Controversial comedian Jerry Sadowitz is both a stand-up comedian and card magician, voted as the 15th greatest stand up comic on Channel 4′s 100 Greatest Stand-Ups in 2007 and as 33rd in the 2010 list. He is also acclaimed as one of the best close-up magicians in the world and his controversial style of comedy has influenced a generation of comedians.

Gregor Fisher
You might not immediately recognise this name, but as soon as we say Rab C Nesbitt you definitely will do! Starring as the main character in the show, Gregor Fisher played the unemployed and alcoholic role of Rab C Nesbitt which started back in 1988 and continued for seven more series with various one-off specials.

Alun Cochrane
Another comedian who found success at the Edinburgh Fringe Festival, Alun Cochrane was nominated for the Best Newcomer award at the Perrier Awards for his first fringe festival appearance in 2004. He also went on to be nominated for Best Compere and Best Breakthrough Act at the 2005 Chortle Awards. Cochrane has also made appearances on Michael McIntyre’s Comedy Roadshow, and as a panelist on 8 Out Of 10 Cats and Mock The Week.