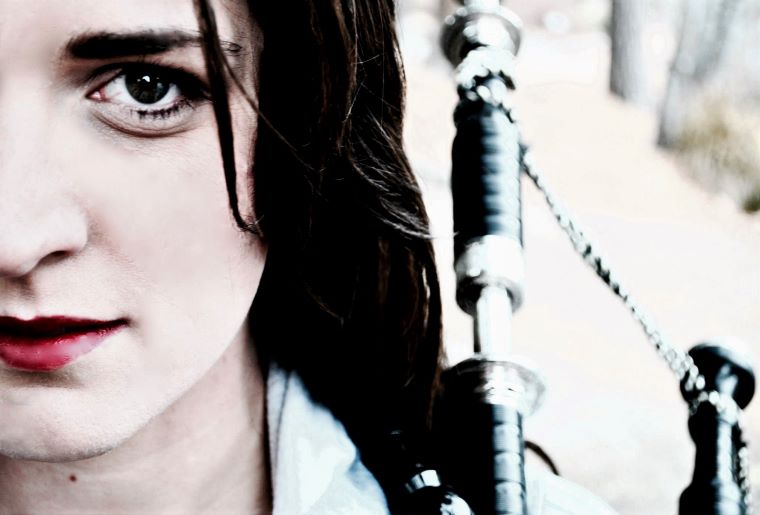 Valerie Byrnes first heard the call of the bagpipes when she was just 10 years old.

“The high school in my hometown of Upland (California) has a bagpipe band and they performed at my elementary school,” she recalls via email. “I decided that day that I would learn to play once I got into high school. It stirred something inside of me that I had not felt before.”

Now 34, Byrnes lives in Riverside County and has been a piper for 20 years. “I have taken breaks, but I keep coming back to it because I am so in love with the sound and the feeling that it gives me. I also appreciate what it is that pipers do, carrying on a craft – and all of its traditions – that have been around for hundreds of years.”

While there are opportunities for piping jobs in California, Byrnes admits that getting consistent work in a full-time capacity can be difficult, and that gigs and events have mostly served as a side business. She also hosts the Lady Pipers’ Podcast, which she records out of her home and which showcases female pipers and bands both past and present. One episode, for example, shares the story of Elizabeth “Bessie” Watson – a young Scottish suffragette and piper who played at feminist demonstrations as a child.

“I will take my podcast as far as it takes me and continue to tell amazing stories of women in piping history.”

Since picking up the pipes, Byrnes has performed at a number of high-profiles events and venues “that I never could have dreamed of playing. Most importantly though, I have met some remarkable people, including my best friend, who is also a piper.” 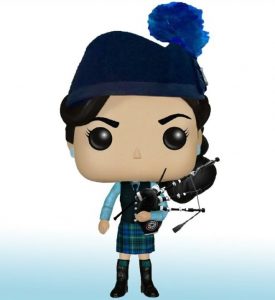 She plies her trade on a set of David Naill bagpipes that she bought in 2004 and describes her sonic style as a mix of classic and contemporary.

“I love mixing the pipes with other instruments, such as guitar, and playing modern songs on the pipes. I think one of my favorite newer tunes to play is ‘We Will Rock You’ by Queen.”

To date, career highlights include playing for World War II veterans’ funerals, performing at the memorial of Jeremiah MacKay (a piper and sheriff who was killed in the line of duty), gigging at the World Championships in Scotland with the Kevin R. Memorial Pipe Band in 2004, playing in a Celtic Rock Band, and co-running and performing with the Scottish Rejects Pipe Band with her best friends.

Perhaps her most prominent gig, however, was playing the pipes for promotional events for the smash STARZ TV series Outlander. There, she had the opportunity to meet Diana Gabaldon, the author of the Outlander book series (Byrnes even played ‘Happy Birthday’ for the scribe), as well as the show’s cast members and executive producer Ronald Moore. She notes that both the book and TV series “have gone a long way to promote Celtic culture,” especially Scottish history.

As someone of Irish heritage, Byrnes hopes that her home state does more to preserve and promote Eire’s unique culture. “Personally, I would love to see more Irish festivals out here in California, like I have seen in the mid-west. The festivals out there take over whole towns for the weekend during the summer and it is great fun.”

Although public performances are currently limited due to the COVID-19 pandemic, she still believes that the best way to get young people involved in bagpiping is by allowing them to hear the music in person. “Anytime I play in public I get great feedback. Kids are curious about the world and what it has to offer and just giving them a little encouragement – showing them that this can be fun – helps to spark interest.”

For the most part, Byrnes is staying mum on her plans for this year. She notes, however, that she plans to continue playing solo for the immediate future. “You never know what life will throw at you and bands are always looking for pipers, so maybe I will give that some thought when there is opportunity. Until then, my pipes and my podcast will keep me happy.”