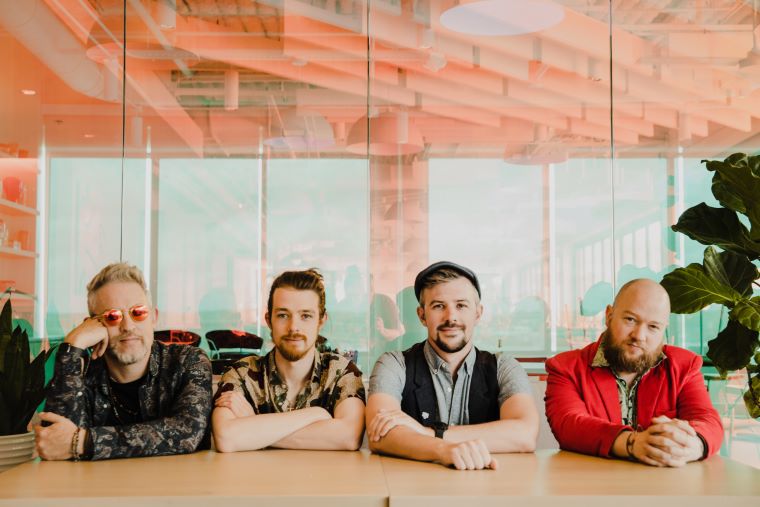 We Banjo 3 has been making its mark in the Irish and Americana music scenes for more than a decade. Now, after a challenging two years of pandemic life, the group is releasing its latest album. “Open the Road” officially launches on July 15 while We Banjo 3 tours the United States.

Despite the band’s name, We Banjo 3 is made up of four members – two sets of brothers, in fact. Enda Scahill (tenor banjo, vocals), Martin Howley (tenor banjo, mandolin, vocals) and David Howley (lead vocals and guitar) first began playing small gigs together as a “passion project.” When Fergal Scahill joined the band to play the Milwaukee Irish Festival, the musicians didn’t bother changing their moniker. Fergal has remained with the Galway-based group, adding vocals, fiddle, mandolin and more. Today, the quartet has three Billboard #1 albums under its belt.

Like many musicians, the band’s members worked hard to keep in touch with their audience during the height of the COVID-19 pandemic.

“There was so much uncertainty and genuine fear in the world, and so many stories of loss, suffering and tragedy,” Enda tells Celtic Life International. “During the first year, we made huge efforts to remain in contact with our fans and community by livestreaming for four hours every week. This was both a rewarding and highly exhausting endeavor as it placed us way outside our normal musical comfort zones and deep into unfamiliar territories of streaming tech.”

Ultimately, however, Enda says they had the support they needed to keep them afloat. “As time rolled on, we realized how privileged and grateful we are for where we live and how well Ireland looked after its musicians and artists during the pandemic. We were intensely lucky that our fans also supported us the entire time.”

We Banjo 3 originally had plans for a January 2022 tour, but another surge of COVID-19 trampled those hopes. But all was not lost, as the musicians decided to take the time to record a new album in Maryland. “When we were working remotely, we began to share ideas and a common theme emerged and thus the album began to come to life,” explains Martin. “We decided to instead convene at Waterford Studios, home of our engineer Frank Marchand. We bundled ourselves away and began to shape and craft this new recording.” 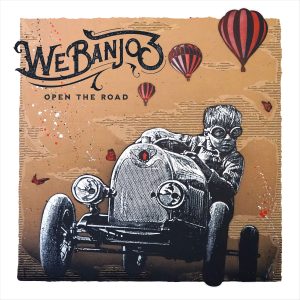 “Open the Road” came out of intense isolation in the dead of winter. After just two days in the studio, the musicians agreed they had something special. Lead vocalist David was the spearhead of the creative vision. “The biggest challenge with this album was being apart for so long,” he notes. “We were used to road life and always being together that the separation due to COVID-19 was really hard for us all. Trying to plan an album on zoom is harder than you think.

“We had to lean into other parts of our creative process which brought out something new and unique for this album.

Martin describes the process as “cathartic, visceral and elevating.” He adds: “We are deeply excited to share this music.”

Now that they are touring again, We Banjo 3 has already been able to share some of the new songs with its audience. “So far, people are loving them,” says Fergal. “We can already see fans singing along and knowing more of the lyrics than we do. It’s really nice to have fans come up to us saying how excited they are to hear the recording, because they love the live versions so much.”

Out of the new work, Fergal is partial to the “Open the Road” title track. “It was written as a fast Irish reel, but when we got into studio and played it over and over, it took on a life of its own and started to move and change the more we played it. The resulting track is a journey, starting out slow and moody and builds to a frenzy before dying away to a peaceful end.”

Speaking of journeys, We Banjo 3 will be making its way across the U.S. for album release dates and festival shows for the remainder of the summer. The band members are thrilled to have that live audience connection once again.

“The shared experience and energy transfer that happens during a live show cannot be replaced or replicated,” says Enda.