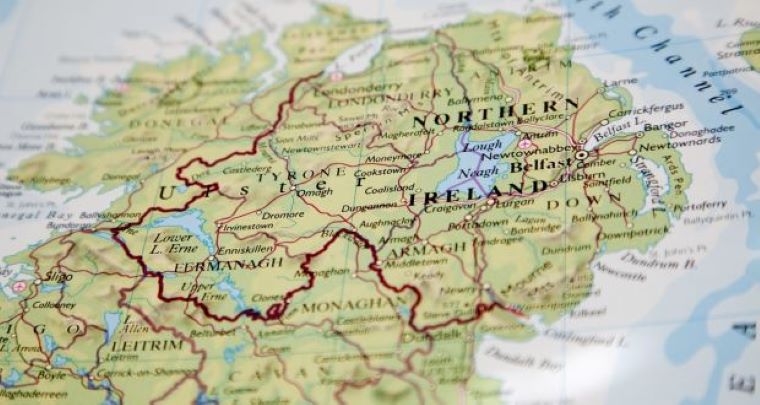 Imagine the following scenario. Every time, when the subject of a United Ireland emerges in political discourse in Ireland, a political representative would be asked to comment not on the prospect or desirability of it, but rather to describe it. The Minister for Health, or those vying for such a portfolio, would be asked how the NHS in the North would combine or otherwise with the HSE. Budding ministers for finance would be quizzed on how they propose to cover the annual subvention to sustain Northern Ireland, which currently costs the UK taxpayer the equivalent of about 15 million US dollars. Relatedly, politicians who position themselves as candidates for the Enterprise, Trade and Employment department would explain how they would sustain public sector workers in the North, who currently number nearly a third of the workforce. Religious leaders would be asked about the role they expect their churches to play in the education and health systems of the new state. Ministers for Education and Higher Education might be asked if and how they would provide oversight to schools and universities. Sinn Féin, the party most anxious to establish a United Ireland, could be asked to describe its emblems, flag and anthem as well as any special provisions for political representation in the North in the new Ireland they seek.

It is understandable that politicians may not wish to bind themselves or their parties to a set of commitments before a negotiation, or the occasion for a negotiation, has even begun. Even so, that should not deter journalists from seeking detailed responses. Very soon this approach to the debate could take us from analyses focused on an outcome to analyses focused on processes.

These discussions extend to organisations as well as political parties. Many of our sports leagues and national teams will necessarily need to change if and when partition ends. For example, the governing bodies of the Northern Ireland and the Republic of Ireland soccer teams (the Irish Football Association and the Football Association of Ireland) could be asked what jerseys and symbols they would endorse wearing; and how they would like their governing systems to evolve. This would stand in contrast to the passivity of our politicians, an example of which came in November 2018 in the Dáil when Sinn Féin Spokesperson for Finance, Pearse Doherty, called for the Irish soccer teams to be amalgamated. While an all-Ireland team makes eminent good sense, simply calling for it does not constitute heavy-lifting. Doherty has yet to be asked to detail the intricacies involved in his proposal and the compromises it would presumably entail, and that is a pity. 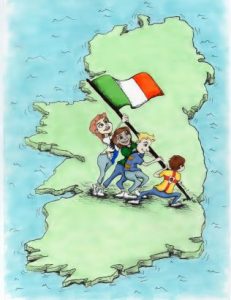 Ensuring that communities and organizations have a stake in the debate would engender inclusivity in a process that has major consequences for us all. Therefore, it is important that, at the level of such organizations, the inquiry facilitates people to express possibilities and preferences; posing questions about a new Ireland should not be seen as a trap. Grassroots expressions of unity would also prise the questions of the identity and identification of putative organisations in the future from the purview of politicians and place them in the hands of communities. That would be unity in practice. Consider, for example, a comment from Civil Rights Movement veteran Eamonn McCann in 2018. In response to what was known as the ‘rugby rape trial’ in Belfast, McCann said: ‘You had people out in Cork, Limerick, Galway and Dublin without any real organization – it was spontaneous. There was a united Ireland in operation and in practice. Those were demonstrations not for a united Ireland, but of a united Ireland’.

Granted, a problem that besets this discussion is the unwillingness of unionists to engage in it. To speak about a United Ireland from the presumption that it could one day exist is anathema to unionists and the conversation is seen as a threat. However, such refusal is no justification for others to disengage. If unionists refuse to engage today, they may surmise in the near future that excluding themselves from the debate is more harmful to their interests than that stance is worth.

An extensive research project, ‘Analyzing and Researching Ireland North and South’, has been established under the aegis of the University of Notre Dame and the Royal Irish Academy. Its stated ambition is to deliver detailed ‘independent and non-partisan analysis’ on ‘constitutional, institutional and policy options for Ireland’. Much of its work attempts to envisage the realities of Ireland if the island were united. Its analyses are a hugely valuable basis for debate. However, the discussion is not occurring in non-academic circles with equal vigour or commitment to mapping institutional and organisational change. This is partly because the debate is too often framed by the right for voices to be heard rather than establishing what those voices actually have to say. Given that the triggering a unity referendum is ultimately within the gift of the UK government, advocates of a referendum can frame the absence of a defined date for it as a deprivation of rights. Last March, The New York Times and The Washington Post carried half-page advertisements, sponsored by the Friends of Sinn Féin, headlined ‘A United Ireland – Let the people have their say’. The right to hold a unity referendum in the future is implicit in the Good Friday Agreement, but it is hardly too much to ask proponents of such a referendum to outline in detail the United Ireland that they claim to want. In 2013, the Scottish government, led by the Scottish National Party, produced a 670-page document detailing what an independent Scotland would look like. By contrast, Irish politicians have become very comfortable, when responding to the motion of unity, to concentrate on abstractions and the obstacles in its way. It is time to start calling their bluff.