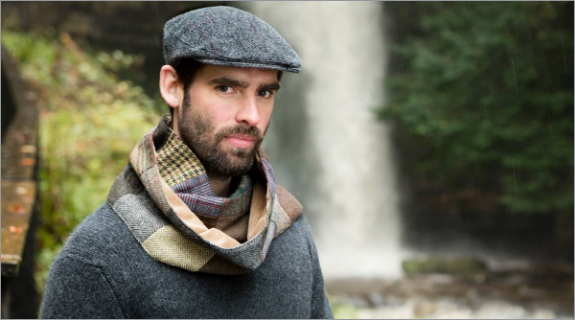 Each April, buyers and sellers connect in New Jersey for the annual Celtic Show Secaucus. We spoke with organizer Peter Collins about the event, his business Mullingar Pewter, and the Celtic marketplace.

Roots
I am Irish born and raised; born in Athlone, but living in or around Mullingar most of my life. I began Mullingar Pewter with my Father and a number of business people here in Mullingar. I had worked in Germany in a pewter factory for 2 years on and off and enjoyed the hand work and the skills involved in making pewter, which the Germans were very good at. I was very involved in athletics and had been combining my athletics dream of reaching the Olympics and making a living and a career for the future. Once I returned to Ireland, I was asked by the owner of the German company I worked with if I would be interested in producing pewter in Ireland for him. This was how the company started, and with the help of local business men Oliver Buckley, Philip Ginnell and James Ginnell, my father Paddy Collins and I began to produce pewter in Mullingar. My dad Paddy was the driving force behind the company and was Managing Director for many years. The growth of the company was really slow in the beginning, but my dad was very good at sales and enjoyed the challenge of selling to gift shops all over Ireland and abroad. I remained in the background making pewter until 1980 when I began to sell in the USA and Canada. 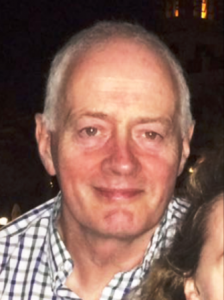 Challenges & Rewards
Today as a married man with 4 children all grown and working in the world I have different reasons for carrying on the business. None of my children have shown any interest in taking up the mantel as of yet, but that might change. I still enjoy the everyday work of making, selling and general administration of the company. Our business has become a much more demanding business with added competition – people have so many more items to spend their hard earned money on that pewter has become a harder sell in the average gift shop. It is so important to be that bit more inventive and creative to stay ahead of the game. With all the challenges associated with our industry there have to be an equal amount of rewards. What I still find the most rewarding part of the business is the excitement and satisfaction of creating something new. Then there is the challenge of selling that piece to the buyer, and the satisfaction of seeing the end user make the final purchase. With so many core products in our range, from men’s gifts, wedding gifts to baby items, I have enjoyed developing items that are related to these core items, and yet so diverse in nature that the ideas take many enjoyable hours to develop. As all our products are made in the old casting method with steel moulds, our product is very different to most pewter makers. Our finish is second to none and we pride ourselves in a quality product.

Celtic Show Secaucus
Twenty years ago I began the Ireland show in Secaucus, with my good friend John Branigan. We, like so many other producers of gift, jewellery and fashion, needed a vehicle to sell our many items to the mostly Irish ethnic market that had grown and developed in the USA and Canada through the years of emigration from Ireland. As the Irish Trade Board decided not to continue to run the “ Look is Ireland” show any more I thought that it was the ideal opportunity to take up where they had left off and so began the Ireland Show. The show began with just two floors of the Embassy Suites Hotel in Secaucus, NJ and grew to 6 floors in the space of 5 years. Today it is a bit more modest with four very full floors. It is probably the most important trade show to travel outside of Ireland and a very worthwhile show for many of its long-standing participants. The show is an important gathering of all those involved in the industry, not alone to do business, but to socialize and converse about the difficulties and challenges we all face. This very much includes our Celtic neighbours from Scotland, Wales and England and those North American based companies who represent Celtic merchandise in the USA and Canada.

Celtic Marketplace
The Celtic/North American market has had many changes over the forty years I have been involved in it. I think the biggest change has been the arrival of the Internet and the globalization of world trade. One no longer needs to have a shop front to have a shop, and business is not confined to your local neighbourhood – it is open to the whole world. These changes bring opportunity and challenge together and open up a new future to us all. In recent years, Celtic culture has been promoted throughout the entire world with the arrival of such events as Riverdance – this exposed the world to music and dance from Ireland and probably did more for Ireland and its Celtic culture than any other single event. I have no doubt that the great pride we all feel as Irish people throughout the world will bring new events, occasions and opportunities for us to exploit. Irish people enjoy life to the full and enjoy bringing joy to the world. They are good at it and the future I am sure holds well for us all in trade on a worldwide scale.