The last time Celtic Life International spoke with Éabha McMahon, she was the new kid on the block with Celtic Woman, having only just joined the Irish supergroup.

Catching up with her today, McMahon is no longer the newest member – that honour currently belongs to violinist and harpist Tara McNeill – and she is definitely more at home in the troupe. As she tells it, however, she didn’t feel like the odd one out for very long when she first connected with her current musical partners just a couple of years ago. 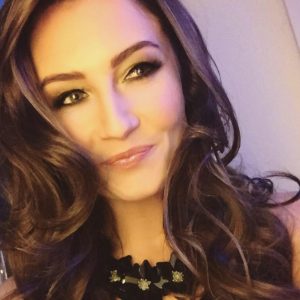 “When I first joined Celtic Woman, it could not have been a nicer environment,” she says over the phone. “You know normally, when you get a new job, or enter a new workplace, you feel a bit awkward as the newbie? I was never made to feel like that. The girls just welcomed me with open arms from the very beginning.”

The 27-year-old Dublin native describes the vibe of Celtic Woman as being like an extended family – one which includes musicians, managers, sound technicians, stage crew, and – of course – the other Celtic women who sing alongside her in performance each night.

“They feel like my sisters, which is amazing, as I never had sisters growing up. It may feel new, but now, after two years, I definitely feel at home, like it was meant to be.”

To hear her tell the story of her first encounter with Celtic Woman, it is easy to believe in destiny.

“You know how they have the recommended videos on YouTube? One came up for Celtic Woman. I clicked on it and heard them singing the first line of an Irish song. I remember running to get my mum and saying ‘Look at this! These girls are singing in Irish!’”

Until Celtic Woman, McMahon – who grew up with Irish as her first language – had only heard the ancient language sung at a local community centre.

“You wouldn’t see it on the top of the pop charts. Seeing Celtic Woman sing what I loved to sing gave me the motivation to continue following my dream, which was to perform in the Irish language.”

Since joining the group, McMahon has travelled the globe, playing before sold out audiences on several continents. Their most recent homecoming gig in Dublin was especially special. 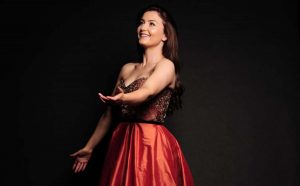 “It was probably the most exciting single project that I have ever been associated with. After a whole year of touring around the world, we came home to 3Arena, which is Ireland’s biggest national arena – it is one of those places you have on your bucket list when you are a child. To actually perform there was just like nothing else in the world.”

That particular performance was also the basis of Celtic Woman’s most recent album, Homecoming, so named as the group celebrated their return after a year abroad. McMahon lauds the album – her third with the group – for boasting a truly unique sound, made up of the different musical backgrounds of each member (McMahon, McNeill, Mairéad Carlin, and Susan McFadden) blending together after countless hours of practicing and performing together.

“To be able to come home and sing to an Irish audience was just incredible – it was definitely a very proud moment.”

Homecoming is something new for McMahon and the group; every note on the recording, and every image on the DVD, was recorded that night at the 3Arena in Dublin. McMahon notes that the difference in venue has a profound effect on the performance.

“It is my favourite album, because you can absolutely feel the energy off it. With a studio album, you can do your performance and if you feel like it wasn’t your best take, you can go again. Being in studio is a great thing, but I sometimes have to pretend that I am on stage in order to get a good take. Recording a live show is like…you have one shot to get it right. There is a little extra pressure to it as well, with so many family members and friends in attendance, but I think that brings another element of magic to it. I remember going on that night and my whole body was just pumping full of adrenaline. I can actually hear that in the album.” 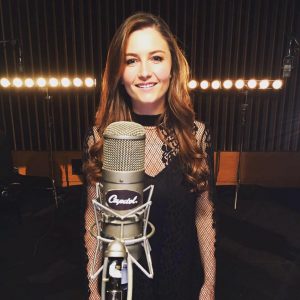 With Homecoming now behind them, Celtic Woman is currently criss-crossing North America.

“We are really excited. This is our biggest tour of the year, and our best show yet – new songs, new choreography, new energy…”

The last year with Celtic Woman has been a 365-day-long career highlight, McMahon explains, and she hopes that energy will keep its pace well into 2018.

“We ticked so many things off our bucket list over the last 12 months; we went to the Grammy awards, as we were nominated for the first time. We picked up the Album of the Year award on the World Billboard music charts. We had one of those years where you are like, oh my goodness, we just want to keep going!”

McMahon still has a few ‘must-do’ items to tick off with the group, including performing at Radio City Music Hall in Manhattan. For now, however, she is simply happy and grateful to follow Celtic Woman wherever it takes her.

“All my life, I trained and learned songs, and when I joined Celtic Woman, I immediately felt like it all made sense. There was a reason I was doing it for all of those years. I have no want to do anything else, because I am so fulfilled in what is happening at the moment. I definitely believe this is a long-term situation for me – I just feel so at home.”