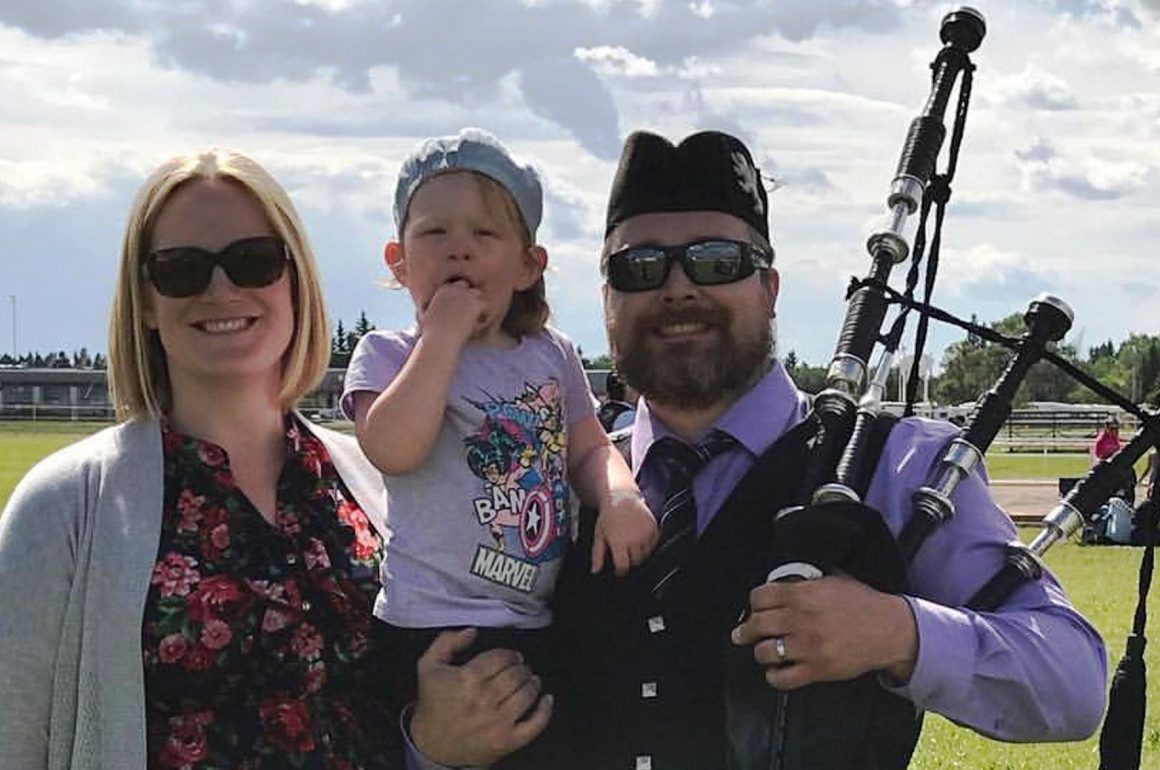 Canadian piper Daniel Lidgren made his way to the instrument via the sports field, the acting stage, and a variety of other activities that failed to energize him.

“As a child, I tried many different hobbies but I was never too keen on any of those,” shares the 36-year-old via email from his home in Calgary, Alberta. “My mother, who was a Highland dancer when she was a young girl, suggested that I try my hand at piping. She also got me involved with the Ogden Legion Pipe Band in Calgary.”

Since then, Lidgren hasn’t put the pipes down.

“The Ogden Legion Pipe Band was – and still is – a great group for young people who want to start learning the pipes and drums. I was fortunate to also teach with that band from 2001 to 2010.”

He acknowledges that there are easier instruments to learn than the pipes.

“Playing requires a lot of time; memorizing the music, and simply keeping your instrument going well. In order to sound good and play well it is important to practice on a regular basis.”

Practicing what he preaches, the third-generation Canadian – who counts Swedish, Ukrainian, Norwegian and Scottish in his background – still plays at least two or three times each week at home, as well as once or twice weekly at band practice.

“I definitely practice more during the summer months. Like anything, if you want to be good at something, you need to put in the hours. However, if you love what you do, then it isn’t really work at all.

“I love the music – I always have – and I find that it continues to evolve in a number of interesting ways.” 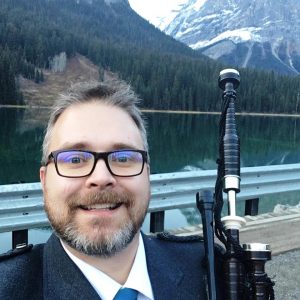 Lidgren enjoys being part of the community of pipers and drummers, the opportunities for travel all over the world and the satisfaction that comes when the music is outstanding.

“When you play on your own or with a band and the sound is really good, really in tune, and the playing is as good as possible, that is a wonderful experience.”

Perhaps typically Canadian, he is modest about his accomplishments.

“I have never had amazing success as a soloist, but I did fairly well and played at a good standard. I have also had some luck as an amateur player, and I did receive a few prizes in the professional ranks in Alberta, British Columbia, Saskatchewan and California.”

He is particularly proud of his tenure with the Alberta Caledonia Pipe Band from 2000 to 2013.

The band also qualified for the grade one final in 2007.

“I also played one season with the St. Thomas Alumni Pipe Band out of Houston, Texas, in 2013 and we achieved a fifth-place finish in grade two at the World Championships.”

A member of the Rocky Mountain Pipe Band since 2014, he points out they have been the grade two Alberta champions each year from 2015 to 2018. The band also took first place at the North American Championships in Maxville, Ontario, in 2017.

“We are planning a trip to compete at the World Championships in 2019, and my top priority is to make sure we are as good as we can be.”

As a mostly-traditional piper, Lindgren says that he loves to listen to – and learn from – other competitors from across Canada and around the world.

He points to British Columbia, Ontario and Nova Scotia as areas where the Scottish musical spirit is strong, but suggests that Canada may be moving away from its Celtic roots.

“It has been many generations since we had a large number of Scottish immigrants come to Canada, so it seems there is less interest in a general sense.”

At the same time, he is inspired by a renewal of interest in piping and drumming in Scotland in recent years, and wonders if there is a lesson there for Canadians.

“That resurgence has come because the Scottish government is actively promoting piping and drumming in the schools. As a result, the piping and drumming standard in Scotland has risen dramatically over the years, and I would love to see promotion of that sort in Canada.”